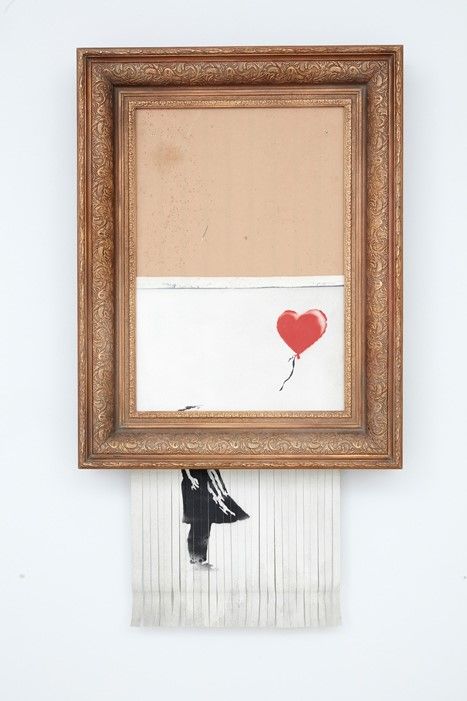 That’s just bonkers, man. The result of one of Banksy’s infamous art world prankswill now be resold at an auction for between £4 million and £6 million, which is more expensive than its initial sale at a Sotheby’s auction in 2018. The artwork, titled Girl With Balloon, self-destructed after it was sold for more than £1 million. After the artwork was shredded and renamed Love is in the Bin, the buyer still went ahead:

Reflecting its newfound place in art history, estimates for Love is in the Bin have skyrocketed over the last three years, with the upcomingSotheby’s sale expected to fetch between £4 million and £6 million. (In the past, Banksy hasplayed down speculation that the auction house was in on it all along.)

Even without his trademark pranks, Banksy’s art has been steadily gaining value at auction, with his NHS-dedicatedGame Changer image smashing estimates tobring in £14.4 million back in March. His profile has also risen worldwide, leading him to warn fans about a series of unauthorised shows, which havebeen criticised for containing replicas of his work.

Most recently, Banksy popped up in a series of British seaside towns, creating anonymous installations for hisGreat British Spraycation.