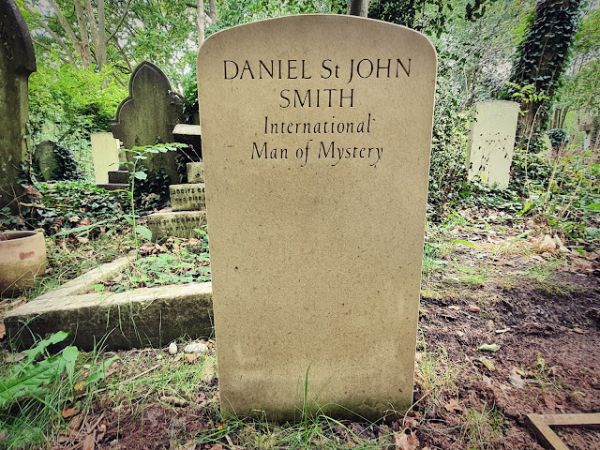 David Bingham writes about cemeteries and the stories behind the people buried in them at the blog The London Dead. He admits he usually skips the more recent gravestones, as he prefers to dig up history, so to speak. But during one visit to Highgate East Cemetery in London, where relatively wealthy people are buried, Bingham noticed an intriguing headstone for a woman who died in 2019. It said, “This is life.” That’s a definite head scratcher. So he looked at others and found that the way many people want to be remembered (or really were remembered by the person who ordered the stone) were stories in themselves. Sally Hunter, who died in 2015, has a grave marker saying “LAWYER should have been a marine biologist”. He hunted down the stories behind that and other epitaphs, such as the man who had five words describing his life, including “nudist,” but couldn’t find out anything at all about the man buried under the gravestone you see here. -via Strange Company

The Craft Stories Colossal Readers Loved Most in 2022