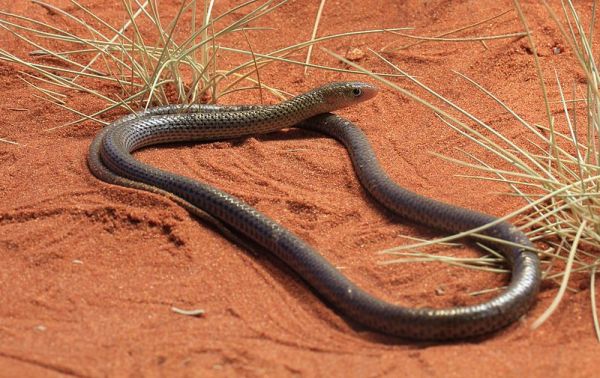 Sara Ruane, a herpetologist and evolutionary biologist at Rutgers University who studies living snakes, has some answers. “Snakes are just fancy lizards,” she says. More precisely, she explains, snakes represent a distinct branch of the lizard evolutionary tree. Both types of animals are squamates, the largest order of reptiles, and snakes belong to the suborder Serpentes. In other words, all snakes are technically lizards, but not all lizards are snakes.

It’s also true, Ruane says, that early species of snake once sported gams. But all these legged snakes are extinct today, meaning that you’d be unlikely to confuse a snake for a lizard in the wild.

But while there are no snakes in existence today with legs, there are lizards around that are legless. You might think that a legless lizard would be a snake, but that’s not the case at all. Read how to tell the difference between a legless lizard and a snake at Atlas Obscura. As if you were going to stick around either of them long enough to observe those differences.

This Elephant Wanders Into A Fancy Hotel