At the summit of some astounding adventure—somewhere along the longitude of glamping and the latitude of camping—exists titanium sporks, wooden cutting boards, fire-pit kits, coal beds, BBQ rods, and many other ala cart tools that loyal Snow Peak consumers drool over. Snow Peak has created aesthetic and practical gear that some have called little luxuries since 1958. Their creations are branded with a neat “*” that has become synonymous to some with snowy planes trekked in bundled layers. But at their roots, they are not just a retailer of thermoses and cutlery—they are also known for their structural camping tents and built environments. 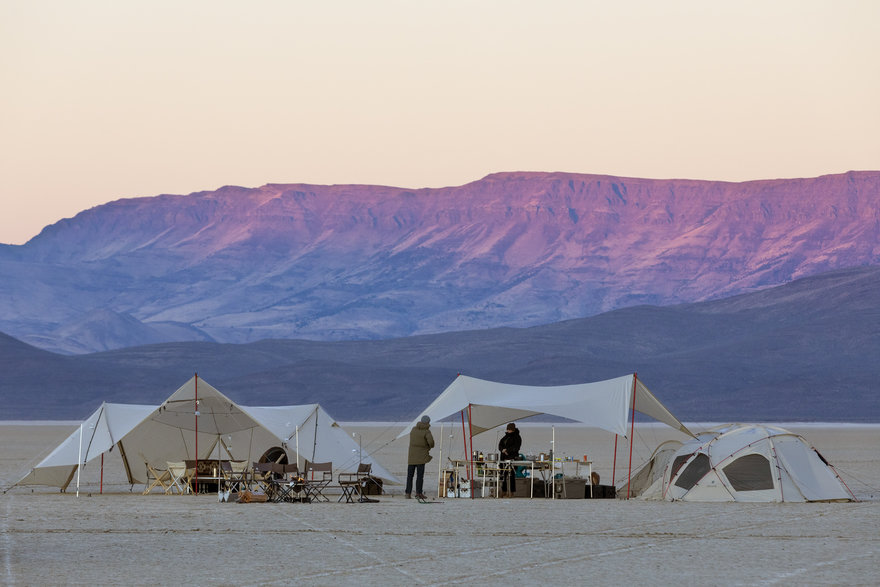 The latest in tents is their sculptural Ivory Pro Series, which includes The Dock Dome Pro 6, The Land Station Ivory, and The Hexa Evo Pro. 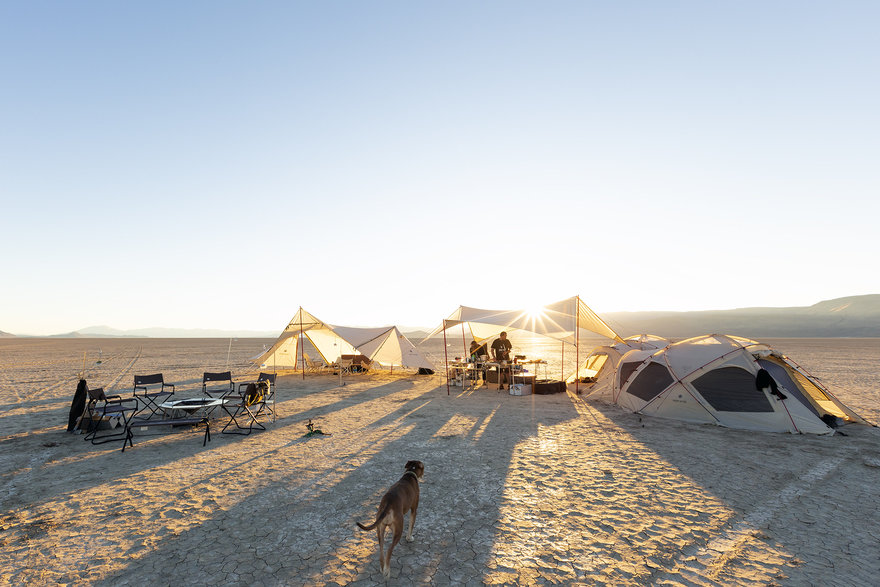 The photos here feature the possibilities of combining all three with an already impressive collection of Snow Peak amenities. No reviews are available yet for these new shelters, only glamorous photos of a campsite that rivals the mountains. So, only time will tell if the tents live up to (or perhaps even surpass) those expectations. 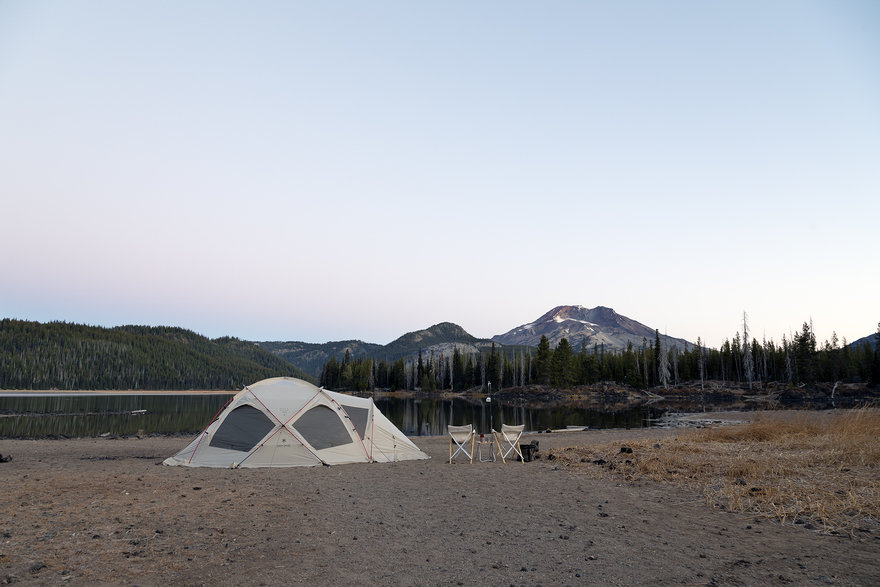 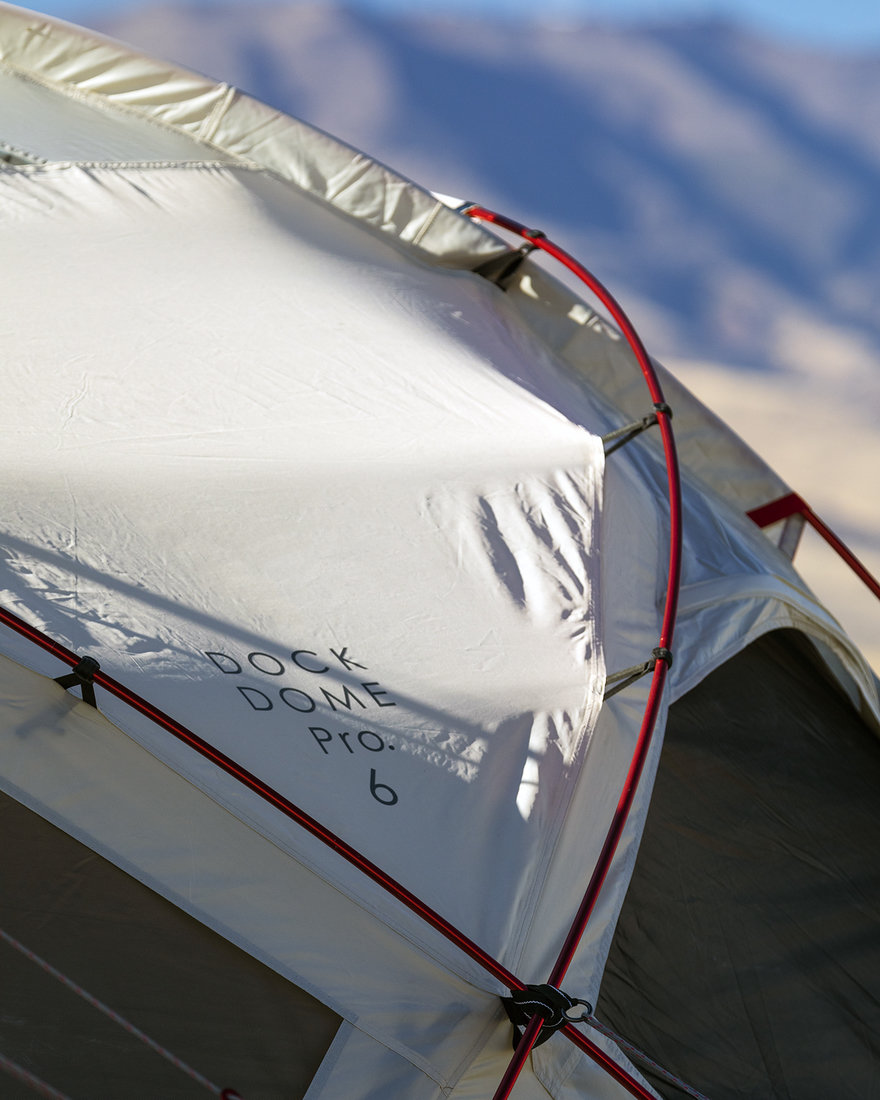 The Dock Dome is a 4-season tent that sleeps up to four tall stick figures and two short stick figures (four adults and two pint-sized kids, roughly). The inner tent transforms the Ivory camp-castle from a hangout spot with room for chairs and tables, to a weatherproof sleeping quarters. Full specs are available on Snow Peak’s website and in the photo below. 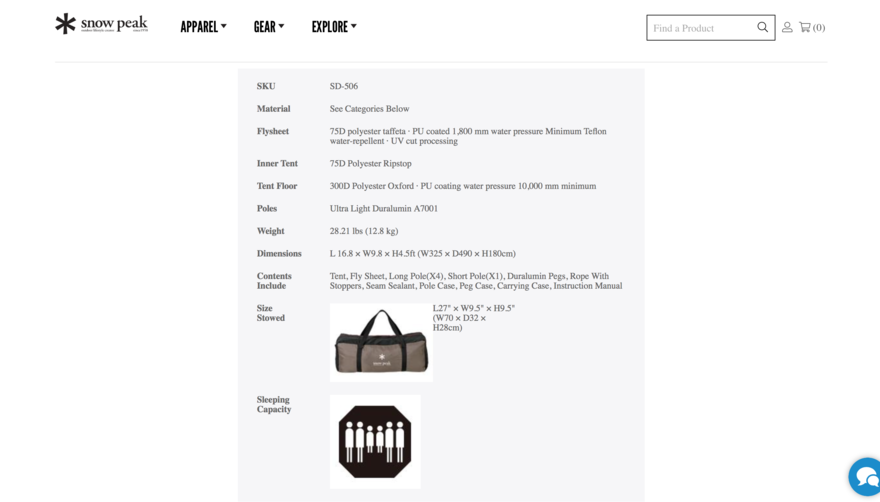 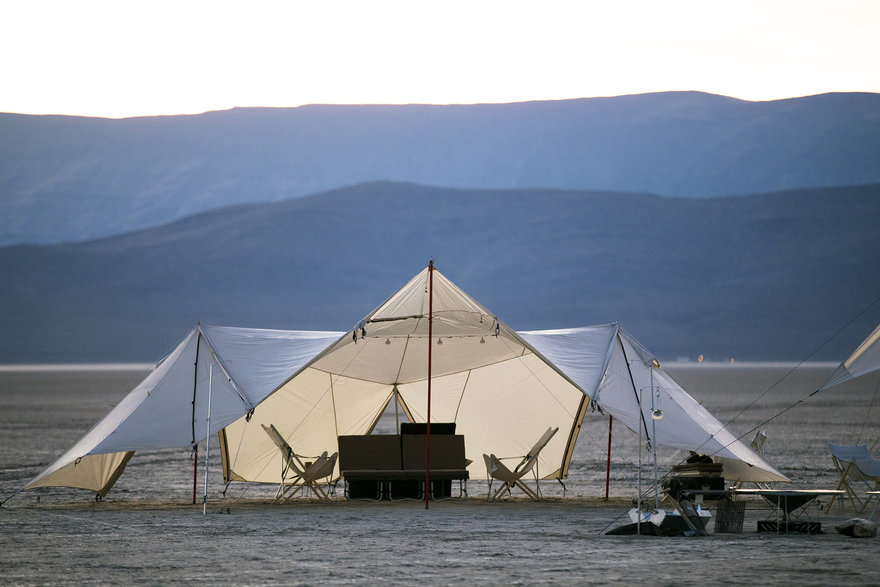 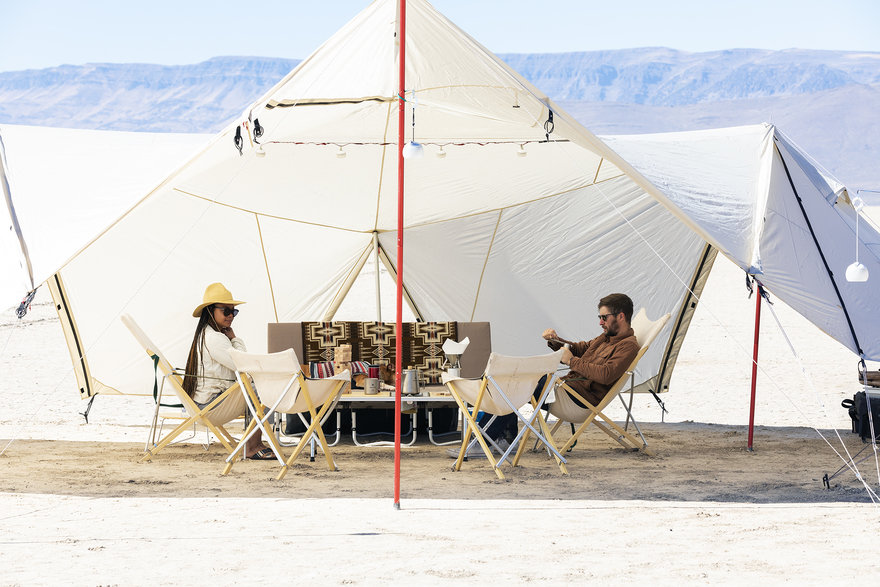 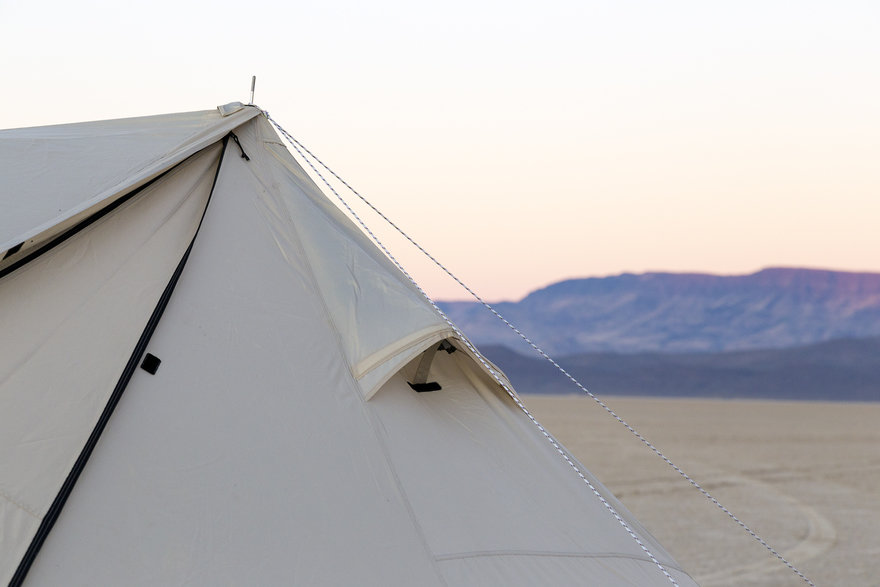 The Land Station might look best in the woods with a futon under it. Shameless glampers will snag this tarp along with the Dock Dome and go to a place with a nice view that isn’t too cold. “Accomodating 6-8 people comfortably, this spacious tent can serve as both a sleeping or living space within the campfield. *Please note, Wing Poles are not included,” says Snow Peak. 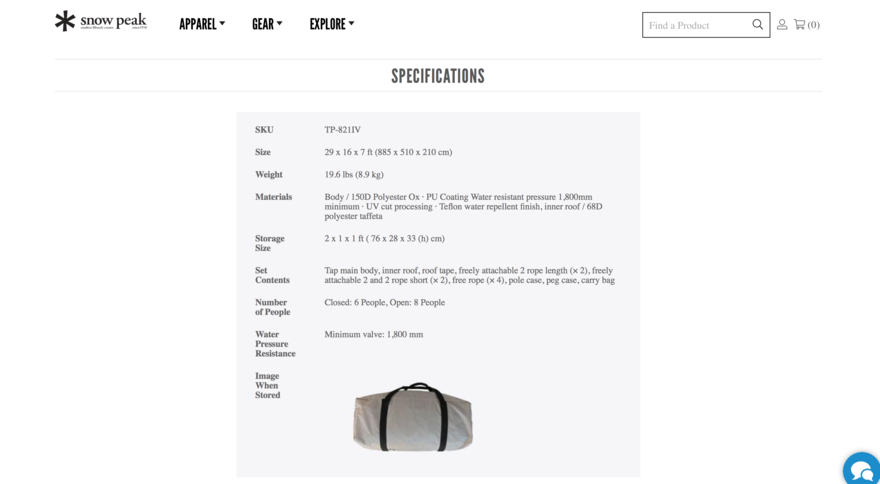 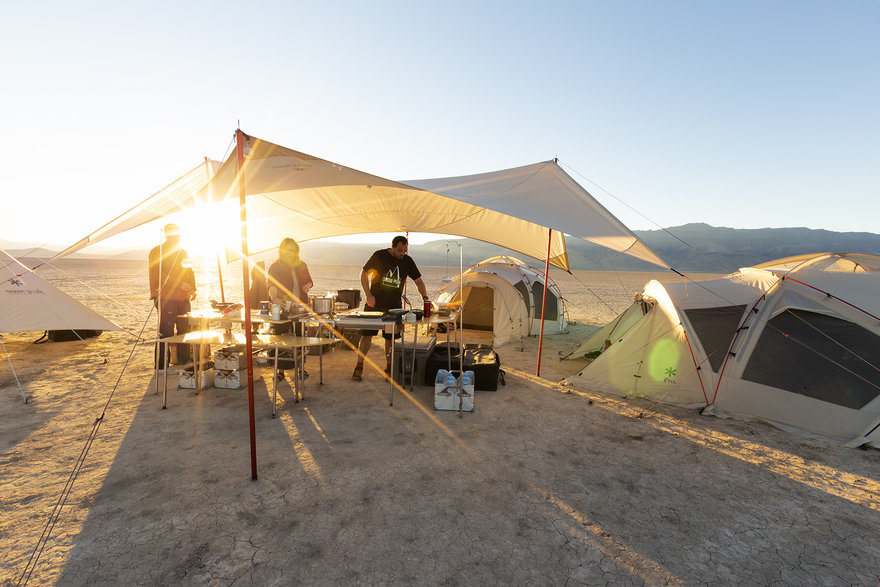 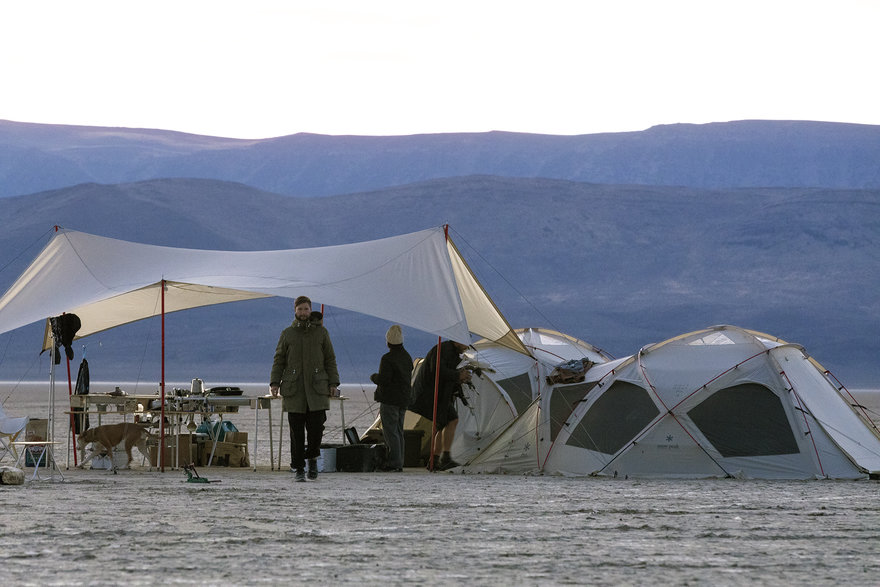 The Hexa Evo Pro completes this chiseled scene, but oddly it seems less glampy than the Land Station Ivory. At a lower price-point, it requires a minimum of just 2 poles and 6 stakes. Visually, it connects the camp site in a balanced way. If the other two shelters in this series are places to rest and chill, the energy of the Hexa Eva Pro is photographed as a standing gazebo where food is made and caffeine is consumed—all prepared using Snow Peak gear, of course. 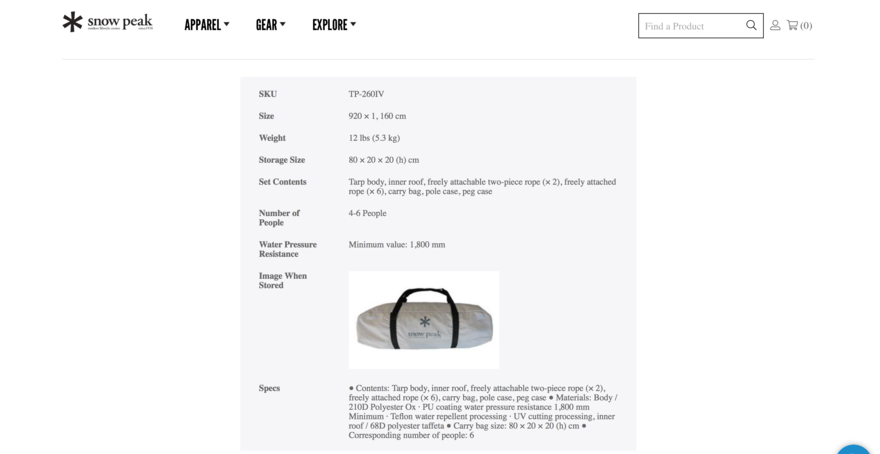