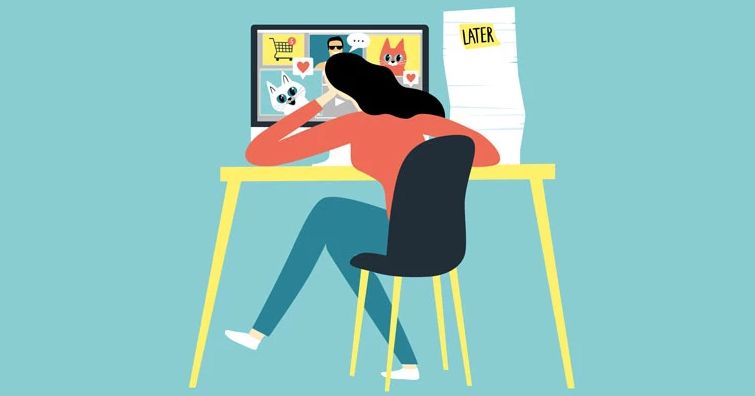 Personally, I don’t think so. However, it would be nice to know how the phenomenon actually works. Did you know that more than 50 per cent of students regularly procrastinate? Procrastination is so widespread that scientists found pigeons displaying the same behaviour! According to  Dr Fuschia Sirois, a researcher who dedicated 20 years to learning about the phenomenon, procrastination is not the result of poor time management:

“There hasn’t been any convincing scientific evidence to say procrastination is the result of poor time management. But we can easily say it’s all to do with mood management,” Sirois says.

“At its core, procrastination is about not being able to manage your moods and emotions. Although many think impulsivity and self-control are the problems – and they do play a factor – underneath is a poor emotional response.”

As Sirois explains, every person faces stressful situations, demanding tasks that trigger brain activity that involves a brain region known amygdala. And it’s the amygdala that processes emotions and signals threats, capable of prompting a ‘fight or flight’ response linked to procrastination.

“Interestingly, people who say they are chronic procrastinators tend to have larger grey matter volume in the amygdala,” says Sirois.

“This means they will also be more sensitive to the potential negative consequences of their actions, leading to more negative emotions and procrastination.”

Psychologists have discussed and searched for methods on how to stop or at least tackle procrastination. There are many quick-fixes that we could do to try and stop procrastinating, as Science Focus details:

For example, one compelling Psychological Science paper described how downsizing larger metrics of time (think 48 hours instead of 2 days, or 10,950 days instead of 30 years) can make events seem more immediate, prompting people to engage in upcoming tasks.

However, for Sirois, there are two primary ways of reducing procrastination at its root cause: self-compassion and cognitive re-framing.

“I think people don’t realise that procrastinators, especially chronic procrastinators, are extremely hard on themselves – before and after the task. And rather than getting on with the job, they just go round and round spinning their wheels,” she says.

“My advice is to not go full in overidentifying and becoming that frustration. Step back from it for a minute and just acknowledge that you’re not happy with yourself. And then move forward.