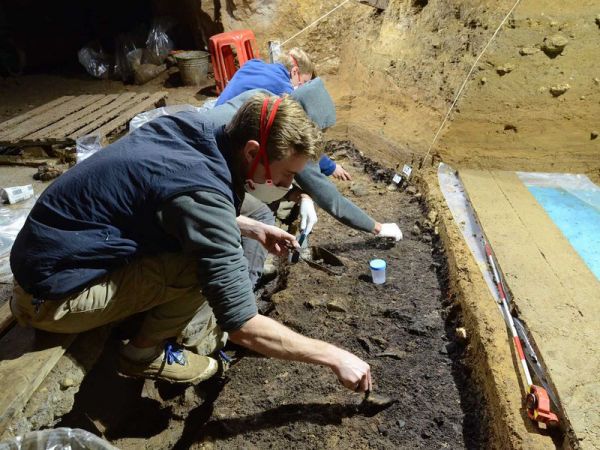 Once upon a time, we had to find the majority of a skeleton to figure out what ancient people were like. Now we can isolate the genes in a small bone fragment or tooth and find out all kinds of things about them. Two studies have just been published about the genes of the oldest modern humans yet found in Europe, those of three people in Bulgaria and another in Czechia, all who lived about 45,000 years ago.

“Interestingly, these earliest Europeans that we find in the Bacho Kiro Cave did not contribute substantially to later West Eurasians,” says Mateja Hajdinjak, of the Francis Crick Institute (London), co-author of the study published this week in Nature. “These groups got largely replaced in Western Eurasia by subsequent migrations of people. But they are closely related to the human groups that gave rise to later East Eurasians and Americans—including present-day populations.”

“It’s just really cool that fossils of three individuals in Bulgaria left behind DNA, and can trace their descendants to different parts of the world than we’d expect, in ancient and living East Asians and Native peoples of the Americas,” adds Rick Potts, director of the Smithsonian’s Human Origins Program, who wasn’t involved in the genetic research.

The genome study also shows that a thick branch on the Bacho Kiro humans’ family tree belongs to the Neanderthals. The individuals carry 3 to 3.8 percent Neanderthal DNA in their genes, which suggests more than a one-off mating far back in their family history. In fact, the genomes show that these European humans had Neanderthal ancestors just six or fewer generations back.

The skull from Czechia also has a substantial amount of Neanderthal DNA. Read more about the findings at Smithsonian.