People who don’t have much money are disadvantaged in life in many aspects. Not only do they struggle with rent, with keeping up with their car, medical emergencies and just simple groceries, they also can’t afford to get a better job.

It sounds like a paradox because to have more money, you need a better job, but you can’t get a better job because you have no money. It’s a thought that Twitter user Anna Kruk Corbin pointed out and people in the comments strongly agreed, contributing to the discussion and expanding on why it is very true.

To have money, you need to work, but turns out that poor people can’t afford to do that 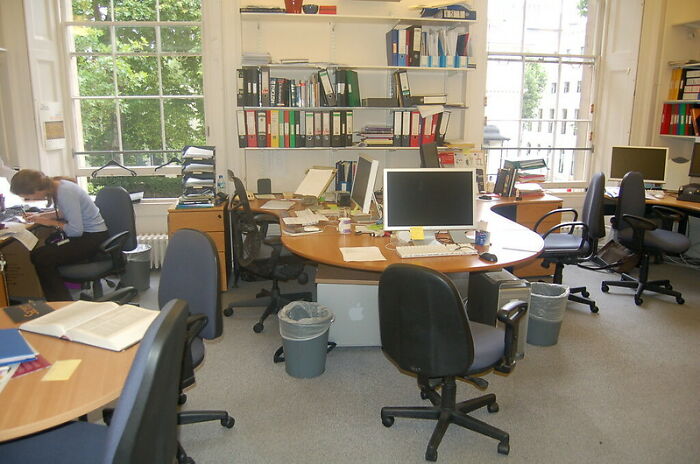 Anna Kruk Corbin introduces herself as a mom, a wife, an activist, and a speaker on her social media. In 2019, one of her tweets went viral and it is still pinned on her account. The woman shared a conversation she had with a person who laughed at her statement.

The point that the woman was trying to make was that poor people can’t afford to get a job because to have a job, you need money for gas or public transportation, if there is any. You need to have representative clothes, which are not always available for people with low income.

A Twitter user explained that to get a job, you need to have money for gas, child care and meet dress code requirements 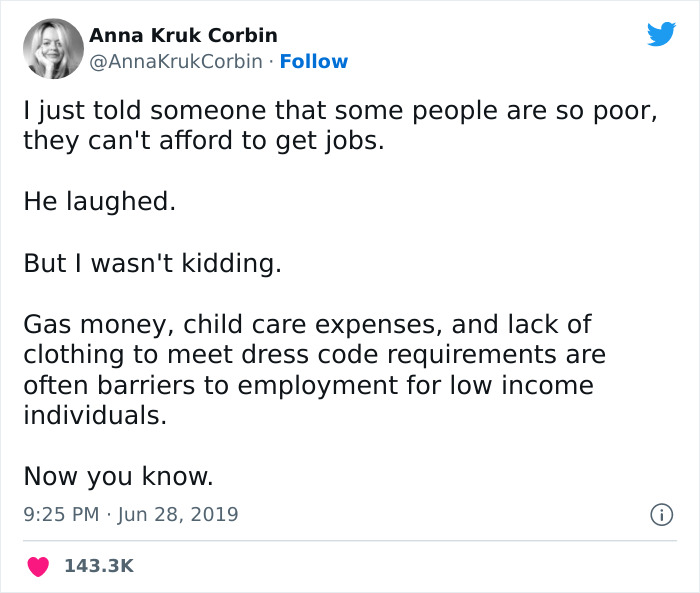 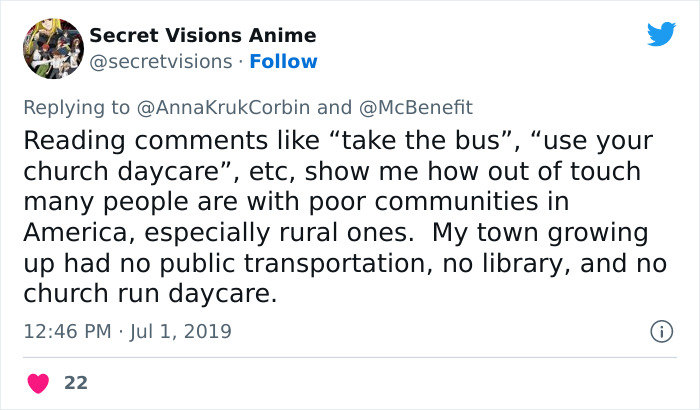 Not getting through an interview based on what you wear sounds ridiculous, but it can happen if the interviewer expects you to show up dressed up in a certain manner because there is an assumption that the way you dress reflects what kind of person you are.

Overall, 90 percent of respondents confessed that they expect a professional appearance and agreed that it is a factor taken into consideration when choosing a candidate.

Others agreed and added that people also need internet access, a phone, sometimes a car and products for basic hygiene

Anna Kruk Corbin’s tweet struck a sensitive topic as many others joined the conversation and added more things that make having a job unaffordable. You need to have an internet connection, a phone, have somewhere to leave your kids and it usually means daycare you pay for, having money for basic hygiene products or some jobs may require you to have your own vehicle.

While some people can’t afford the tools to get a high-paying job like a car or representative clothing, others find that working isn’t paying off. They can’t afford to work because it takes more than it gives. Many people in the comments of the thread mentioned how people work just to not seem lazy, but they are losing money because they earn less than they spend on child daycare.

Not everyone has that, but it is quite an important part of being able to get a job and to maintain it 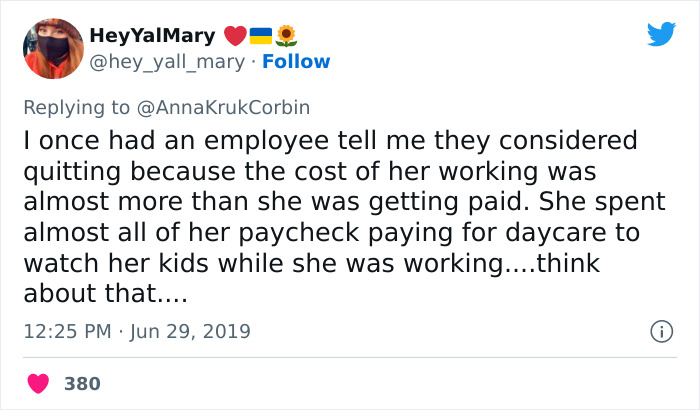 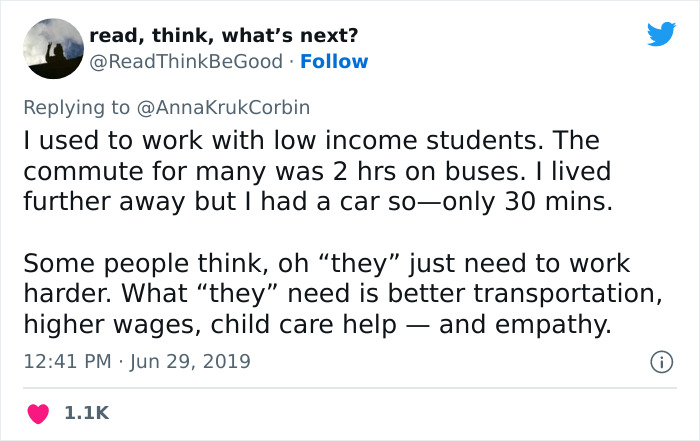 This is not a new realization people just came to, but it’s been talked about previously as well. John The CPA defines what “I can’t afford to work here” means: “Simply put, when the benefits of employment do not sufficiently outweigh the costs of living and employment, a person can no longer afford to work for their employer.” 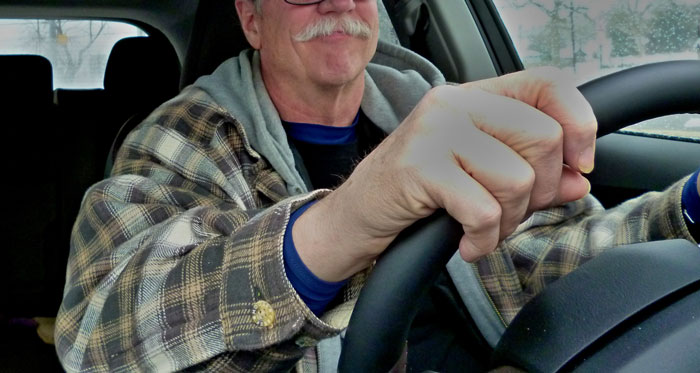 Surveys show that employers do pay attention to candidates’ appearance, so the clothing part is true 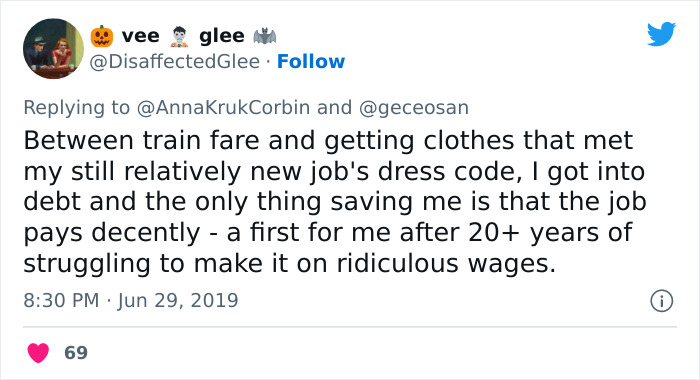 The costs and benefits that John the CPA suggests considering are costs of living, which include housing, food, healthcare and childcare, and costs of employment, which include time spent learning to do the job and then working, time and money spent commuting to work and socializing with coworkers.

The benefits that go with having a job are wage or salary, insurance, retirement benefits, the networking effects of employment, skills and experience you get from the job. John the CPA notes that “It’s important to remember that these benefits and costs will have different levels of importance depending on your priorities and personal situation. You may be willing to work extra hours in exchange for a higher salary, but someone else may not be prepared to make that same tradeoff.”

The natural reaction to not being able to afford working is not to work, but then you will appear lazy and feel lazy for not trying hard enough. You can try to ask for a raise, but most often the argument of your wage being too small and unlivable doesn’t work.

National Fund For Workforce Solutions suggests that employers “talk to their employees and find out what would help them the most. Solutions might be providing assistance with transportation expenses, such as providing bus passes or a shuttle. It might be more predictable schedules that would even out their incomes week-to-week or month-to-month. It could be small emergency loans to cover a car breakdown.” Although they concluded that bigger wages would be the best way to ensure people’s work is fairly compensated.

After considering these things, you realize that the statement that the poor can’t afford to work isn’t wrong after all

Do you agree with the Twitter user that by just being poor, you’re already disadvantaged when you’re searching for a job? What do you think are other reasons that prevent poor people from finding a job and for it to be well-paying? Join in the discussion in the comments!

The post “Some People Are So Poor, They Can’t Afford To Get Jobs”: Folks On Twitter Discuss How It’s Sometimes Not Even Worth Working If You’re Poor first appeared on Bored Panda.