In a 2020 Pew Research Center report from the height of the pandemic, most workers said their job responsibilities can mainly be done from home, but before the pandemic, they had rarely or never teleworked prior to 2020. At the time of the survey, 71% of them were doing their job from home all or most of the time. As of today, many companies have already implemented long-term remote work as a permanent model of their workforce.

Now, with the vaccines, our lives are returning to normal, they say. ‘Returning to the office’ is one such ‘normalcy’ from the pre-covid world that many employees are today expected to do, although it has become clear that most of our jobs can be done in PJs (just as effectively, if not more). So what’s up with it? Well, this post shared on Tumblr has some illuminating answers.

The author not only debunks the office workplace culture and the flaws underneath it, it shows how our employers have used the model to control us. And today, now that the old system is crumbling, the future of work seems to be in people’s hands.

In this illuminating post, the author used a metaphor of the panopticon to show how the traditional work from the office model is used as a power tool to control its employees 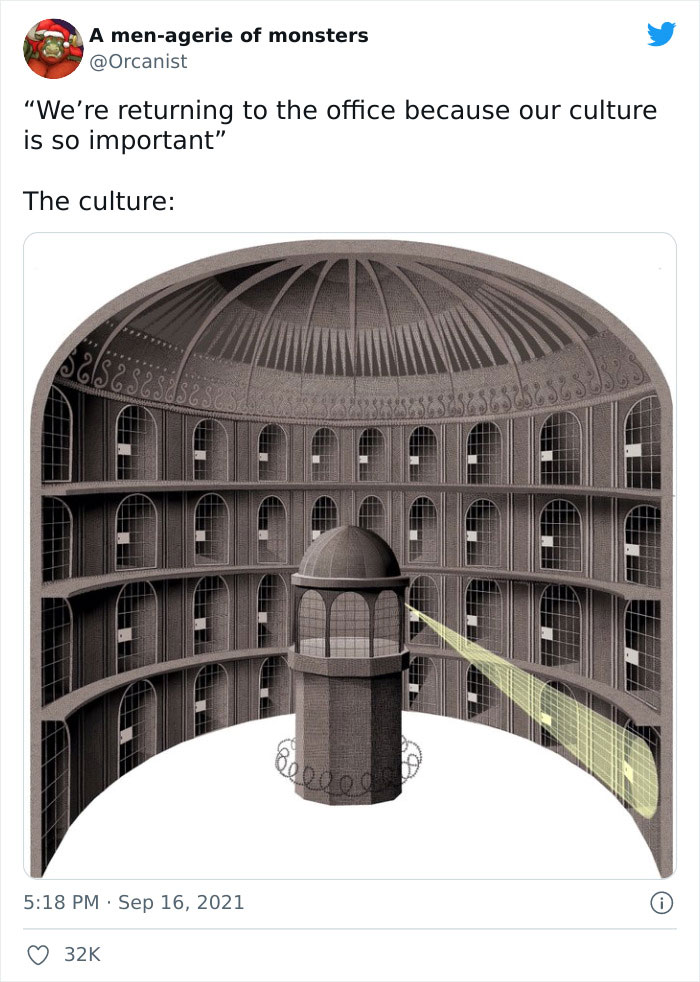 The pandemic turned out to be an unprecedented event in history, making its mark not only on the global public health system and its abilities to tackle the crisis of an immense scale, but also on the ways we live and work. A new era of remote work for employees around the globe emerged, making us question the stubborn and ancient ways our workforce has been operating all these years that we thought of as a necessity.

This illuminating post shared on Tumblr suggests that not only were we lied to about having to work from the office in order to do our job, but also that the whole workplace concept was used to closely monitor us. While the first one was disproven as soon as the pandemic hit, the second one became apparent when the employers announced it’s time to return to our offices. No wonder office workers began questioning whether we really need to return to the office, since we can do our jobs just as well, if not better, at home.

And here’s how the author explained their theory 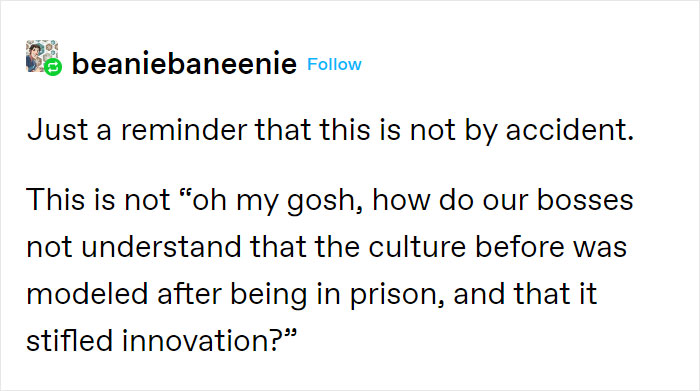 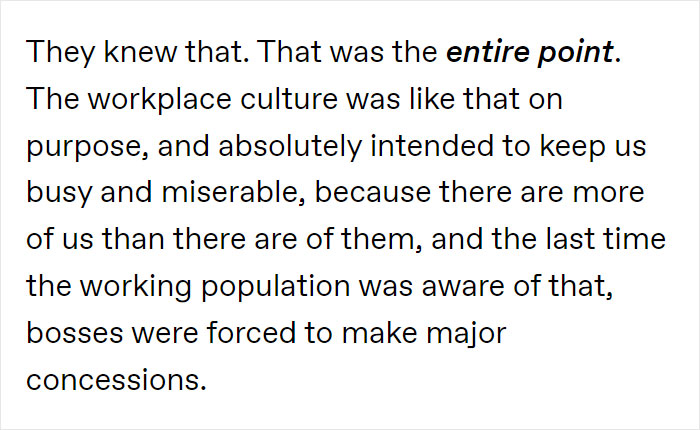 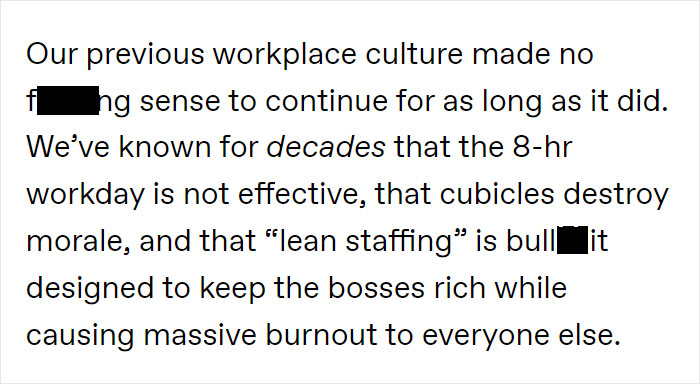 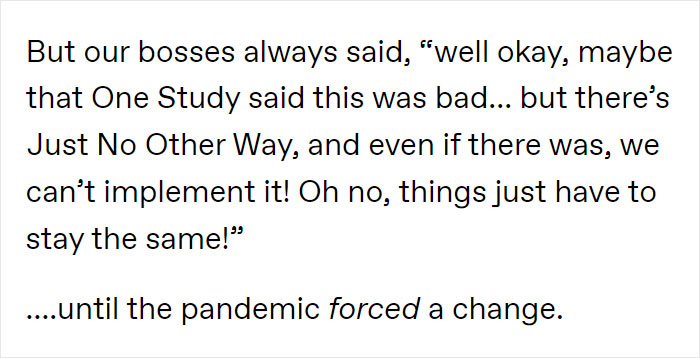 According to the author, the workplace our bosses want us all to go back to can be explained by the concept of the panopticon. The panopticon is a type of institutional building and a system of control designed by the English philosopher and social theorist Jeremy Bentham in the 18th century. His idea was for the design to allow all prisoners of an institution to be observed by a single security guard, without the inmates being able to tell whether they are being watched.

Theorists and researchers have suggested time and again that the modern office model can be traced back to the panopticon. Open-plan offices in particular have received quite some criticism. For example, software engineer Julian S. Taylor suggests that just like in the panopticon, open-office “employees are arrayed at technologically advanced picnic tables, always exposed, always possibly under observation. Unlike in a collection of private offices, before the accountant searches the web for the meaning of a word he suspects he should already know, he will look about in hopes he is not being observed.” 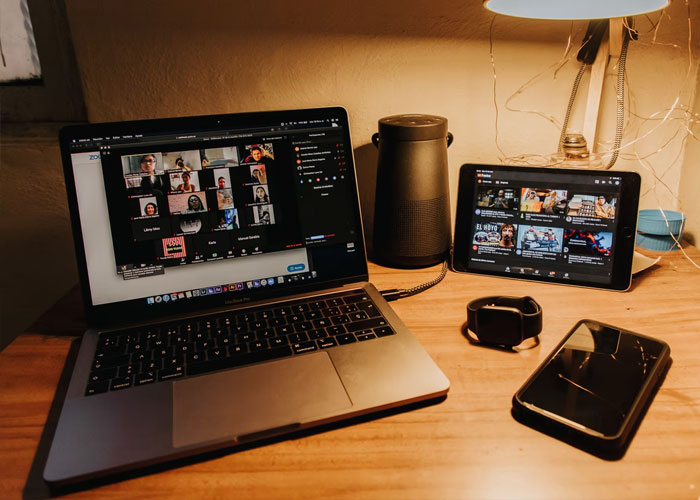 Some may argue that not every modern office is an open-plan one. And it’s true. Although the ones that aren’t usually have doors made of glass that allow management to more easily observe us. And although there’s no area for the guards whatsoever, unlike in Bentham’s panopticon, it’s not even necessary. Fellow co-workers all feel under the same gaze of surveillance that gives no chance of scrutiny or slacking, which is why often, doing something you’re not supposed to (like googling the cost of rumba classes) makes you feel a sudden sense of guilt. ‘What if I am robbing everyone’s precious work hours?’, ‘What if I’m a thief, a bad guy, myself?’

And here is the solution to this whole situation, according to the author of the post 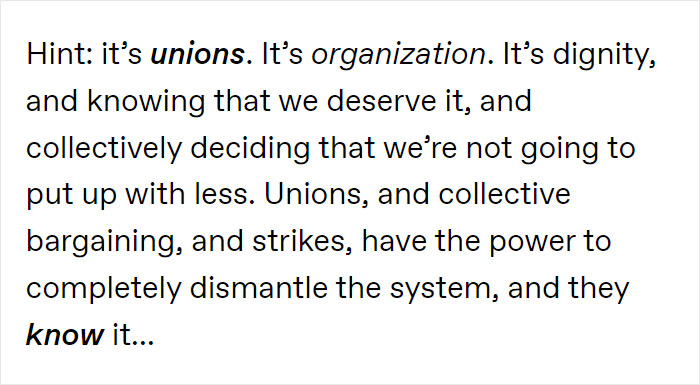 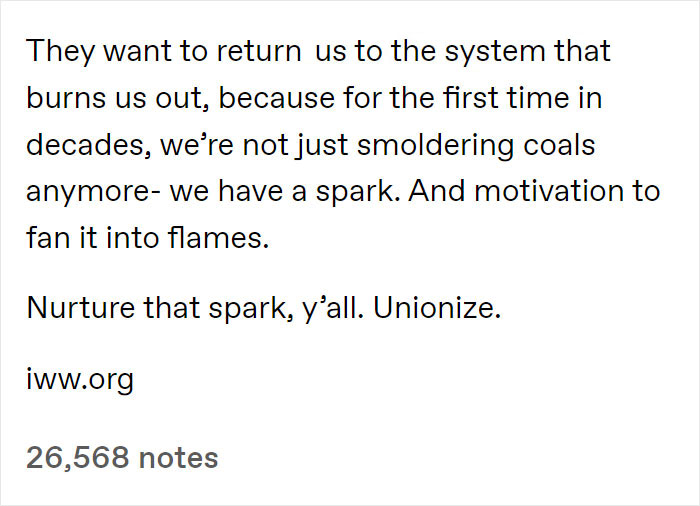 Prior to the pandemic, a novelty came to office design innovation and it was these tiny rooms designated for nursing mothers. It’s no secret that they’ve become some of the most used spaces, and it’s not because there was a sudden boom in nursing mothers. For many, these spaces offered a comfort nothing else could have: it was a simulation of what was soon to come in the pandemic, a place you can hide (and call home).

Many people showed their support for the arguments listed above 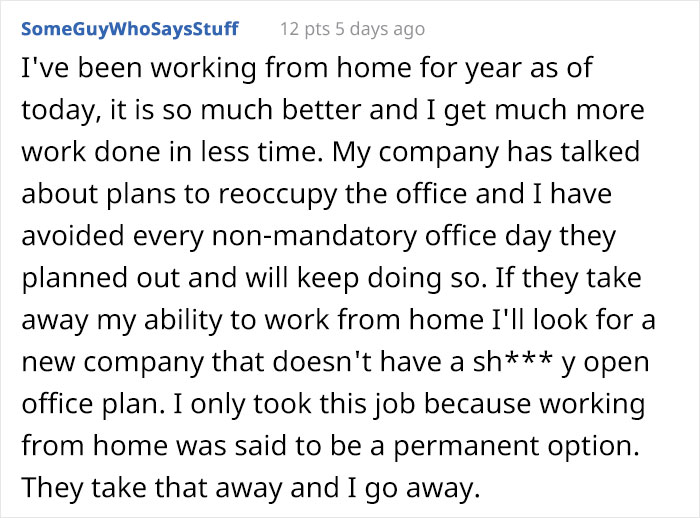 The post Someone Explains Why Returning To Office Culture Is A Tool To Control Us In This Viral Post first appeared on Bored Panda.