Winning a huge amount of money in the lottery is always a life-changing point, and for someone who bought a Mega Millions lottery ticket at a gas station in Des Plaines, Illinois, that moment has already arrived. The winnings amounted to $1.337 billion, but so far the lucky one, who spent only two dollars on the purchase, has not yet appeared.

According to statistics, about 302M tickets were bought for this draw, which means that about the same number of people across America were not as lucky as the unknown person on the highway northwest of Chicago. What’s the best way to deal with disappointment? That’s right, irony!

Twitter is now full of brilliant jokes and puns from people who bought a ticket and the only prize they received was a while of daydreaming about what would happen when they won. After all, it’s never a pity to pay two dollars for a good dream!

Bored Panda has collected some of the most original, ironic and amusing reactions from Twitter users, and if the jackpot could be won simply by being witty, many of these people would already be fabulously rich. 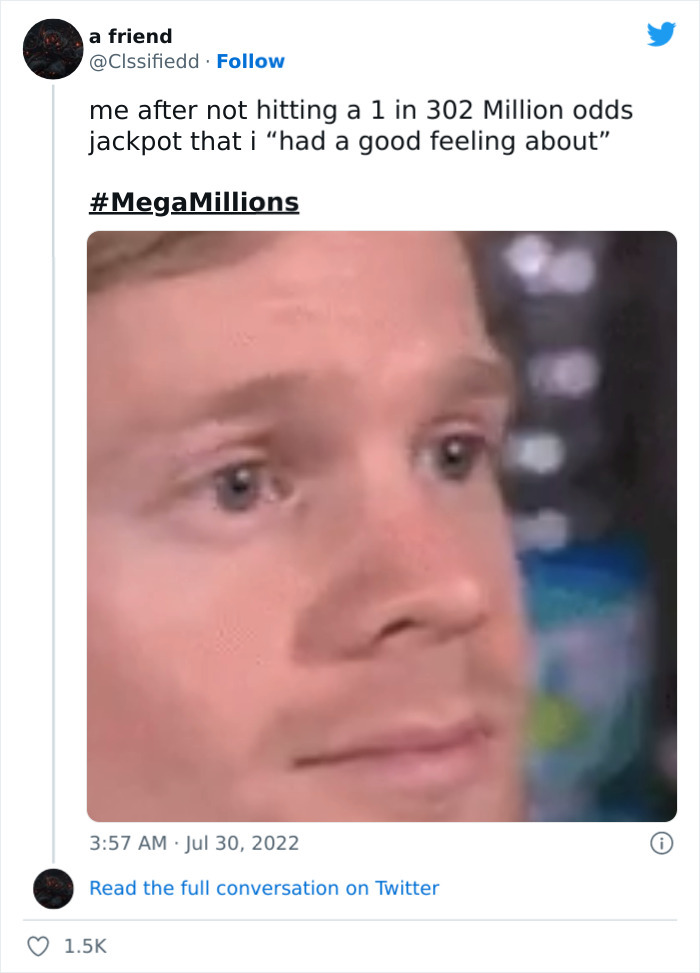 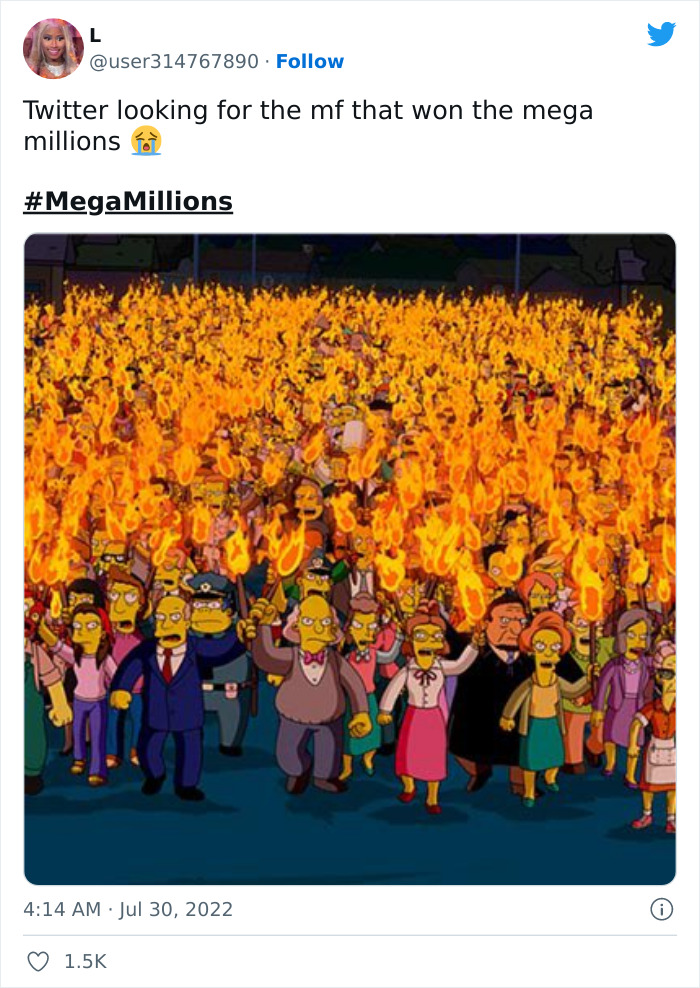 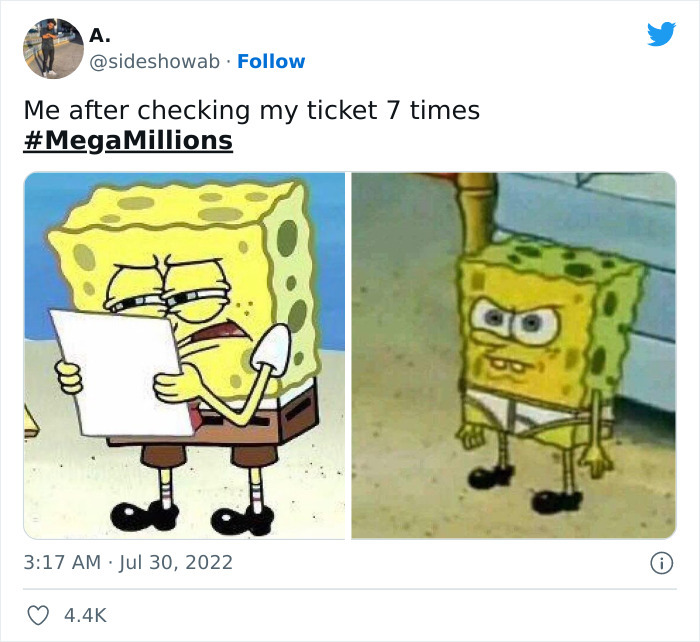 The current jackpot prize amount has been collected since April 15, when the previous jackpot was won somewhere in Tennessee. True, then it was much less – “only” $20 million. This time the winning balls were numbers 13, 36, 45, 57 and 67, as well as the golden Mega Ball number 14. 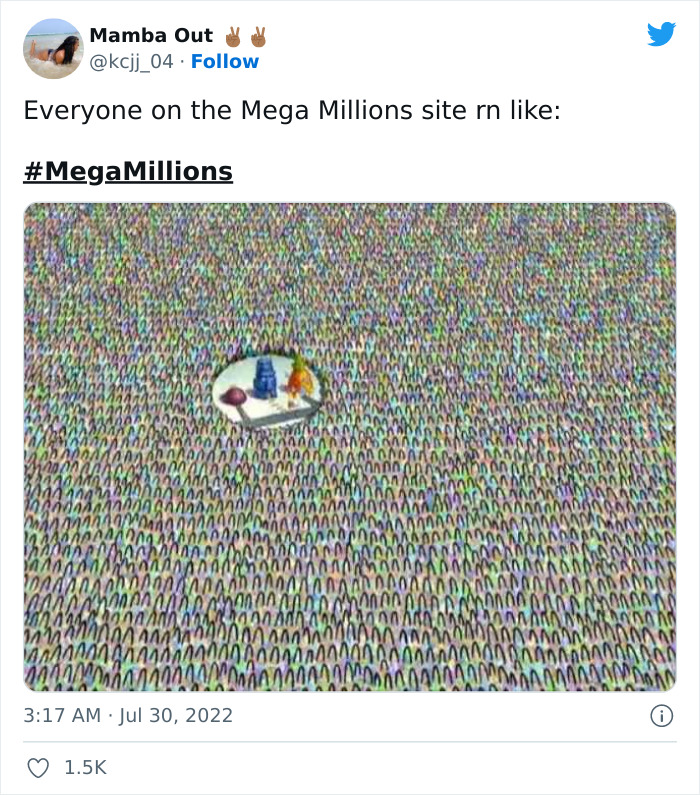 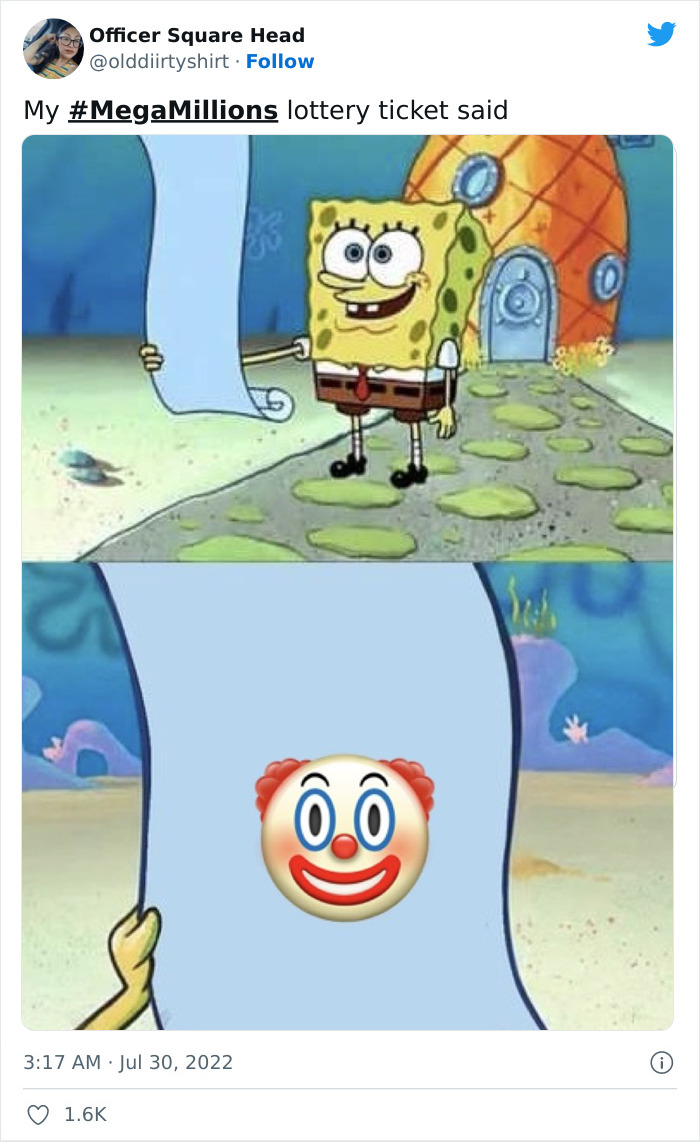 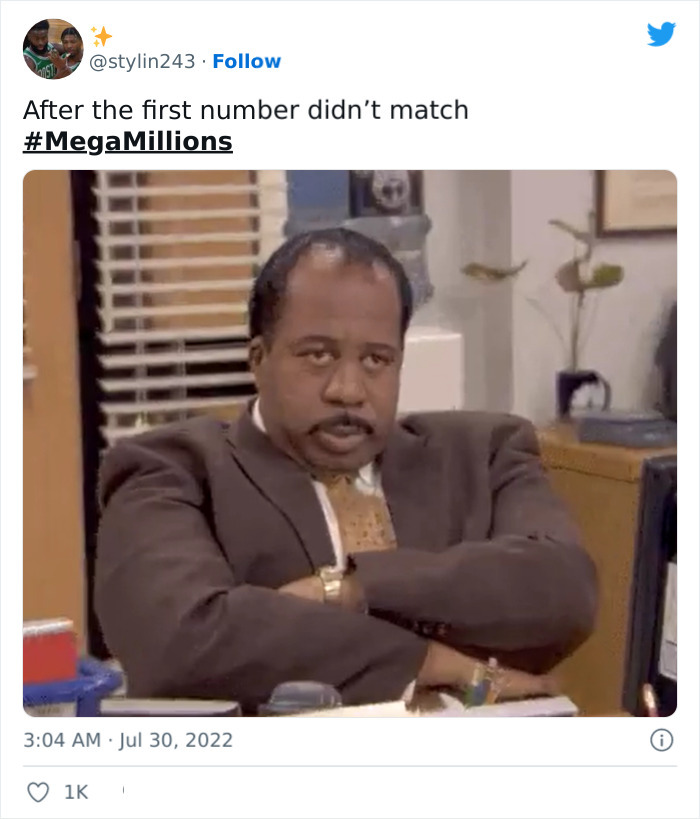 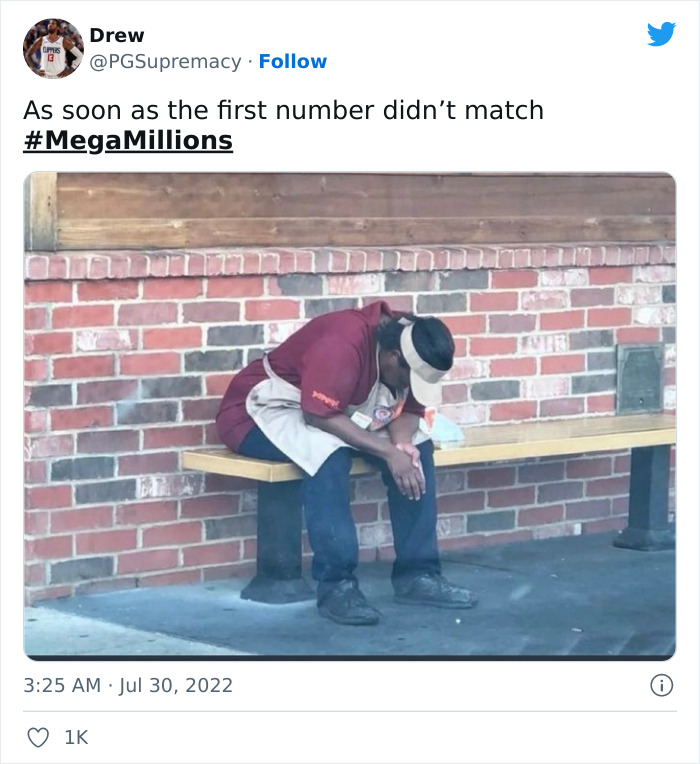 This is the second largest jackpot prize in Mega Millions history and the third largest in the whole US lottery history. On the other hand, the biggest prize, $1.586 billion from Powerball, had to be divided among three winners in 2016. But two years later, also in Mega Millions, a winner who wished to remain anonymous single-handedly got $1.537 billion. 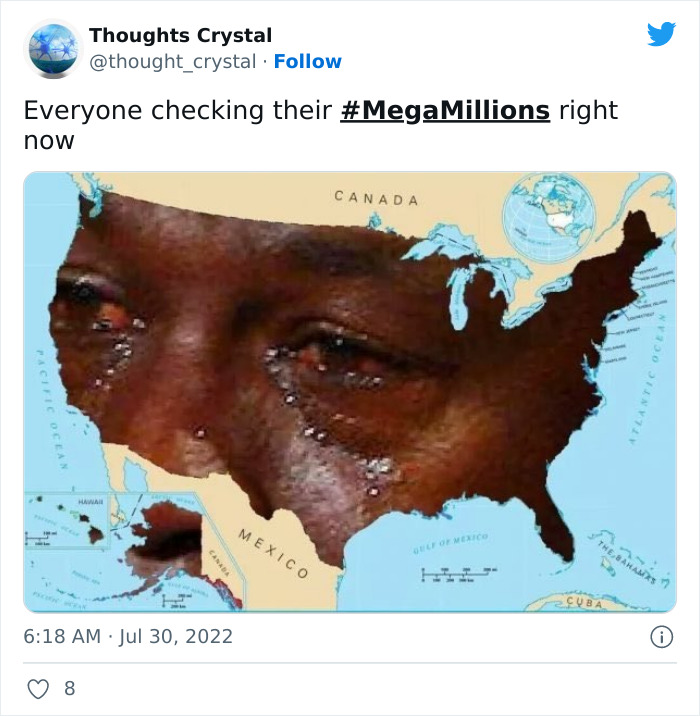 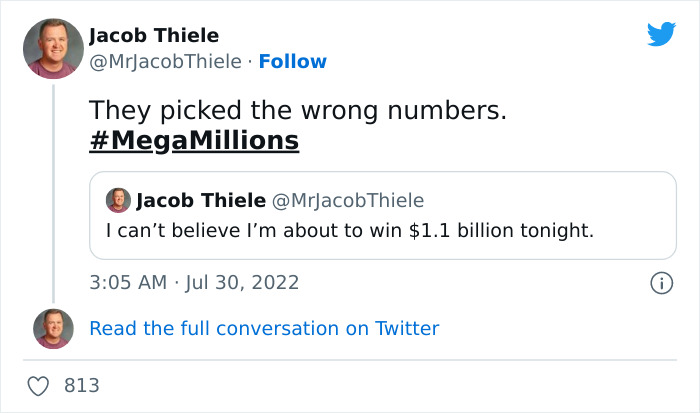 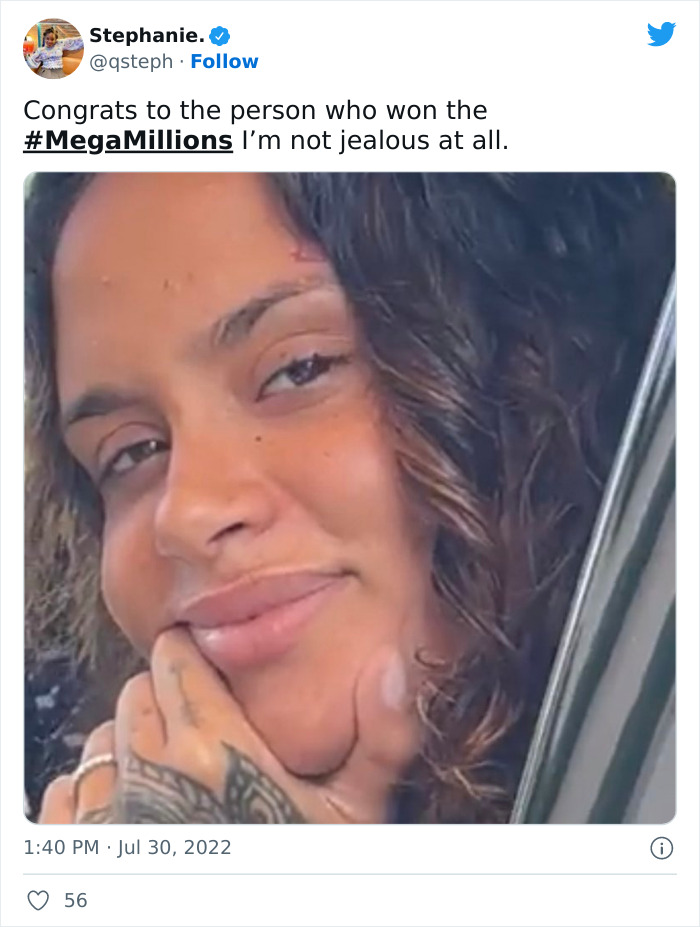 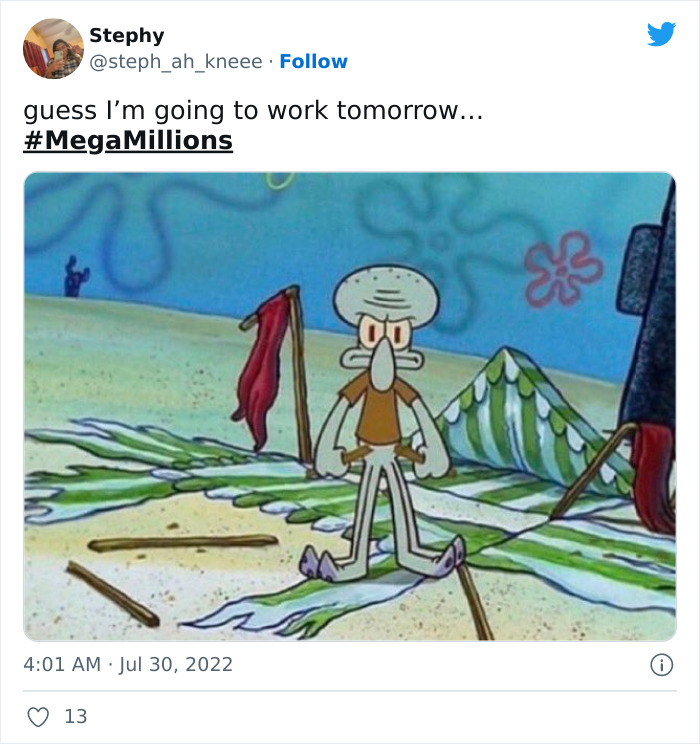 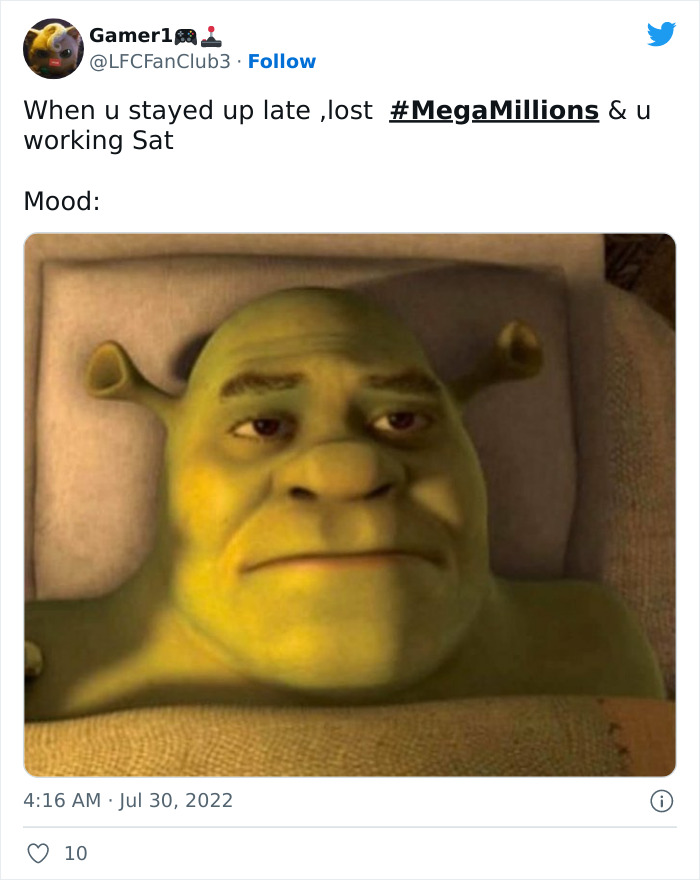 Subject to all taxes, the winner of this draw can expect to receive $780.5 million as a cash lump sum, or receive annual payments for the next thirty years. And the local retailer who sold the winning ticket will also receive a cash bonus of $500K. 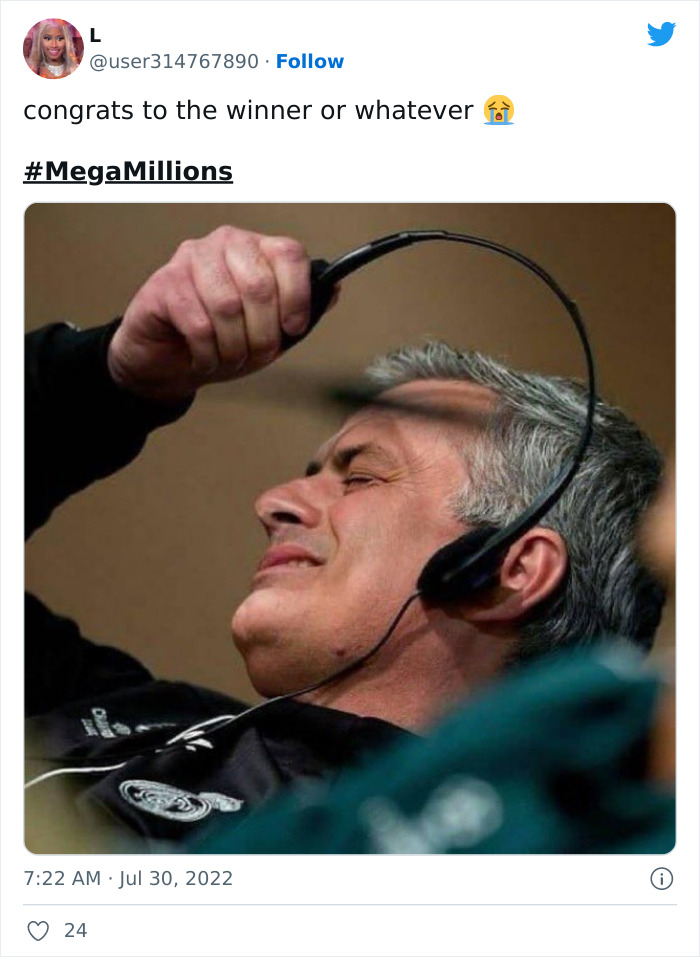 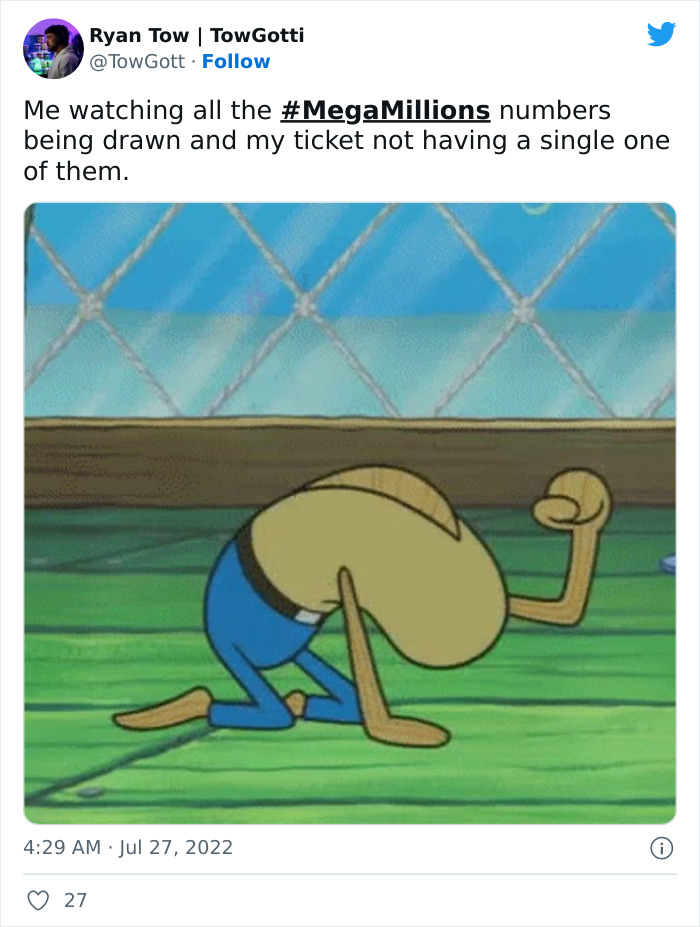 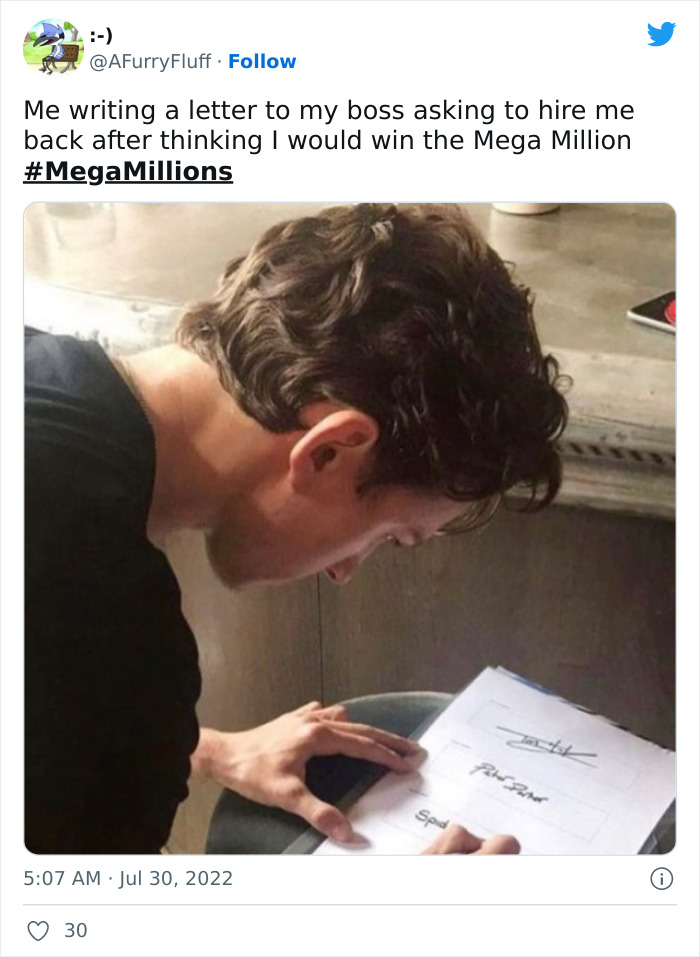 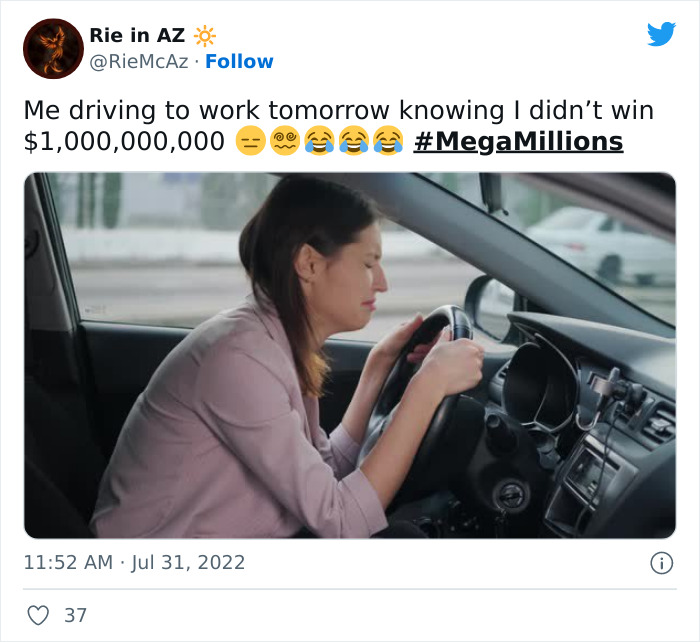 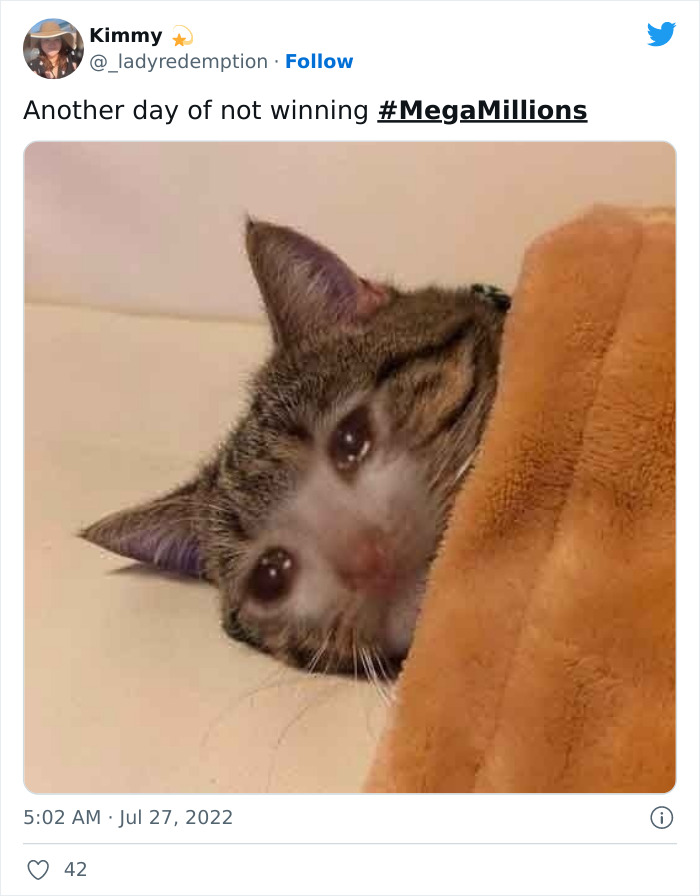 “We have not heard from the winner yet,” says Harold Mays, Illinois Lottery Director. “We don’t know whether or not they’re aware they’ve won this incredible prize. So we’re telling all of our players – check your tickets.” It would be a shame if the person who won such an incredible amount ends up either throwing away the lucky ticket or losing it. In any case, this person will go down in history – as a great lucky one or a great loser. 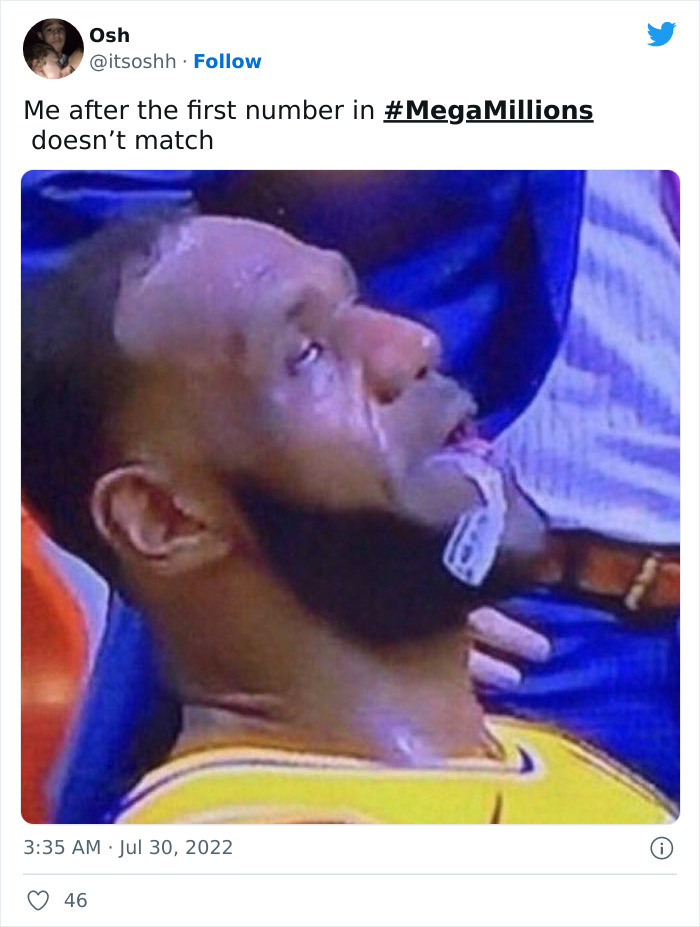 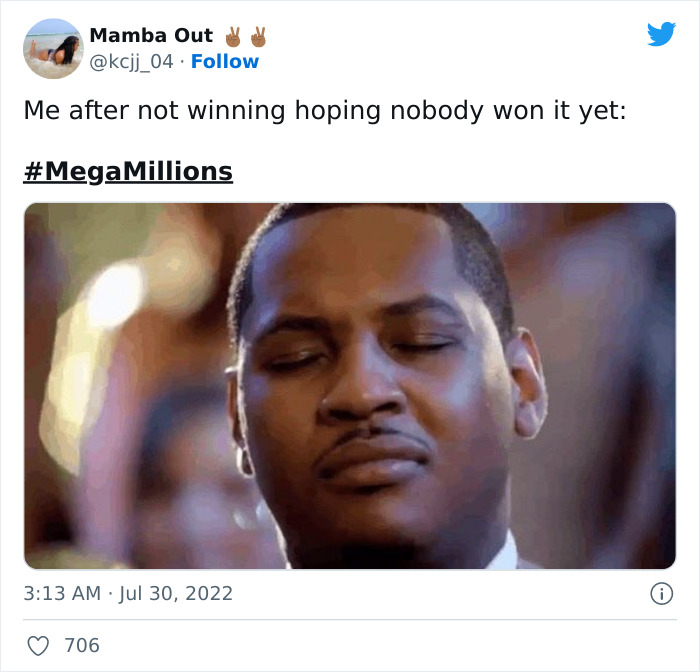 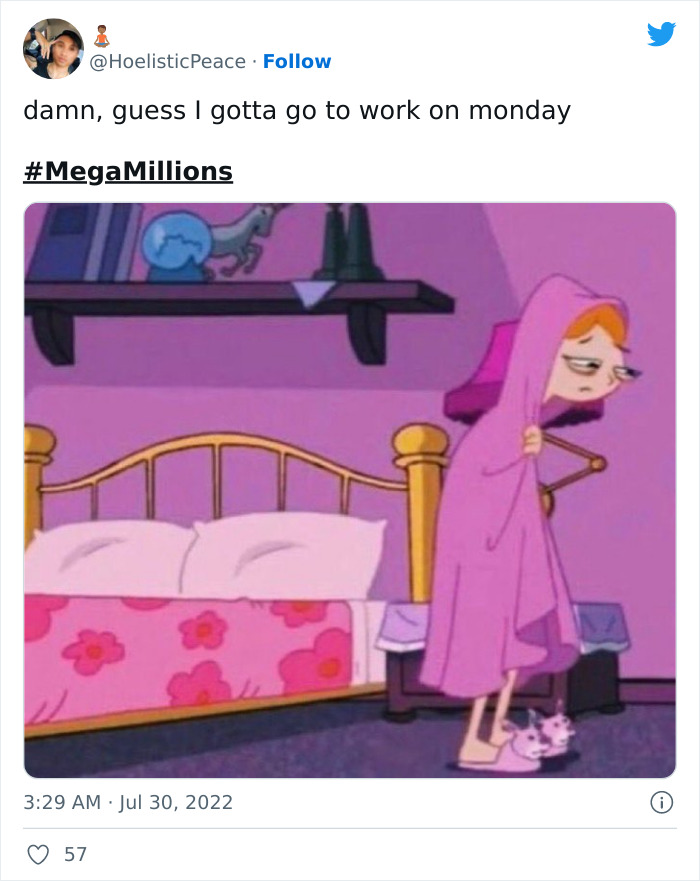 By the way, this is not the last lucky winner of this Mega Millions draw. According to the lottery’s official announcement on Saturday, 26 more tickets won second-tier prizes, ranging from $1M to $2m apiece. In total, more than 14M tickets won at least two dollars – that is, their buyers at least went to zero. 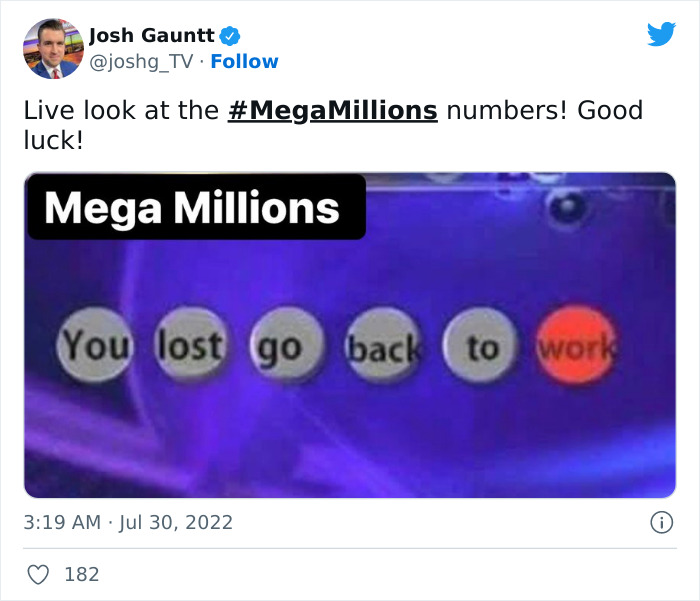 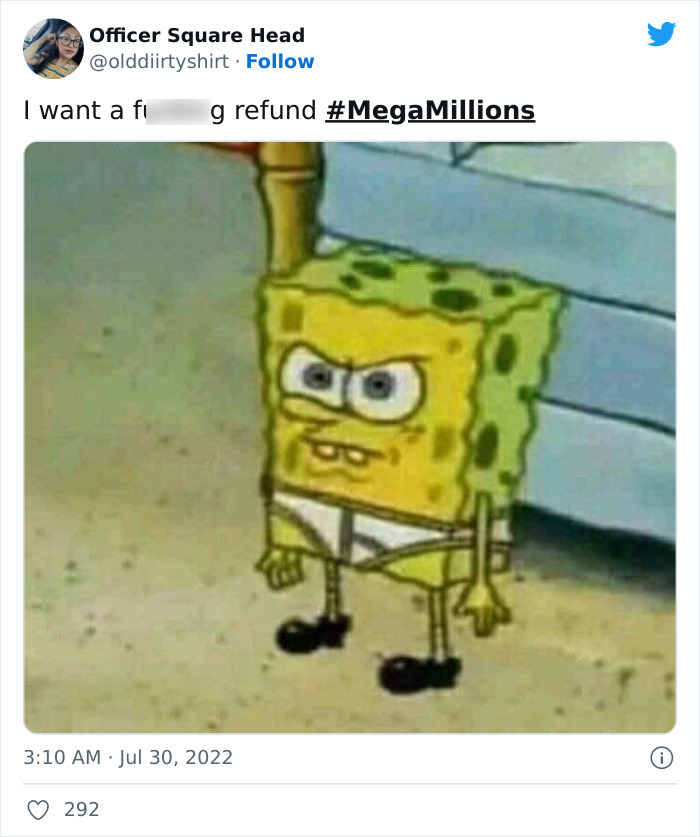 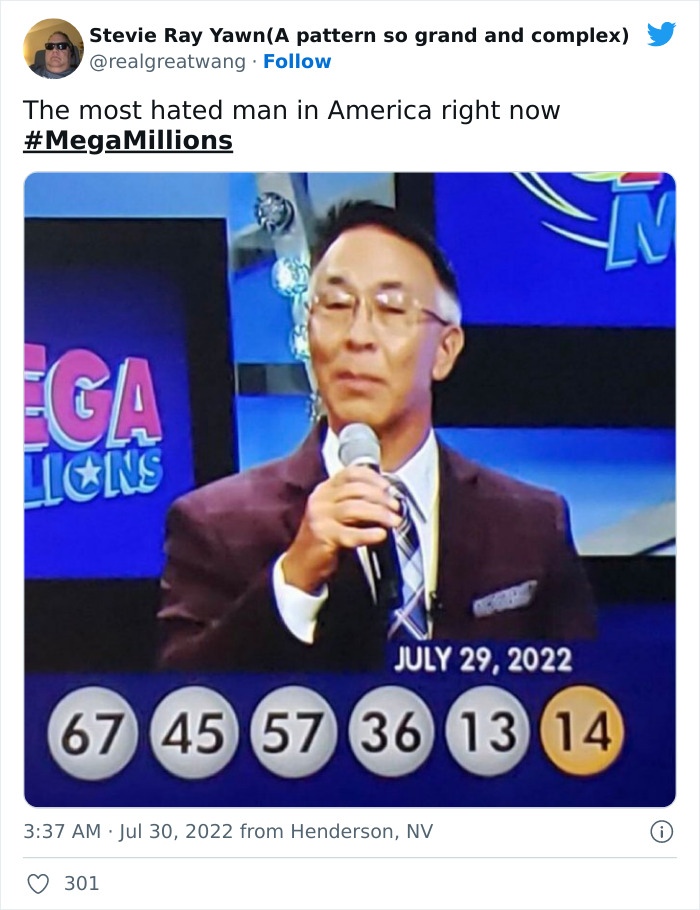 Perhaps you didn’t know that Mega Millions players have already won five jackpot prizes this year, so you can try your luck at the next draw too. But not before scrolling this selection to the very end – after all, a good mood is also a big win! 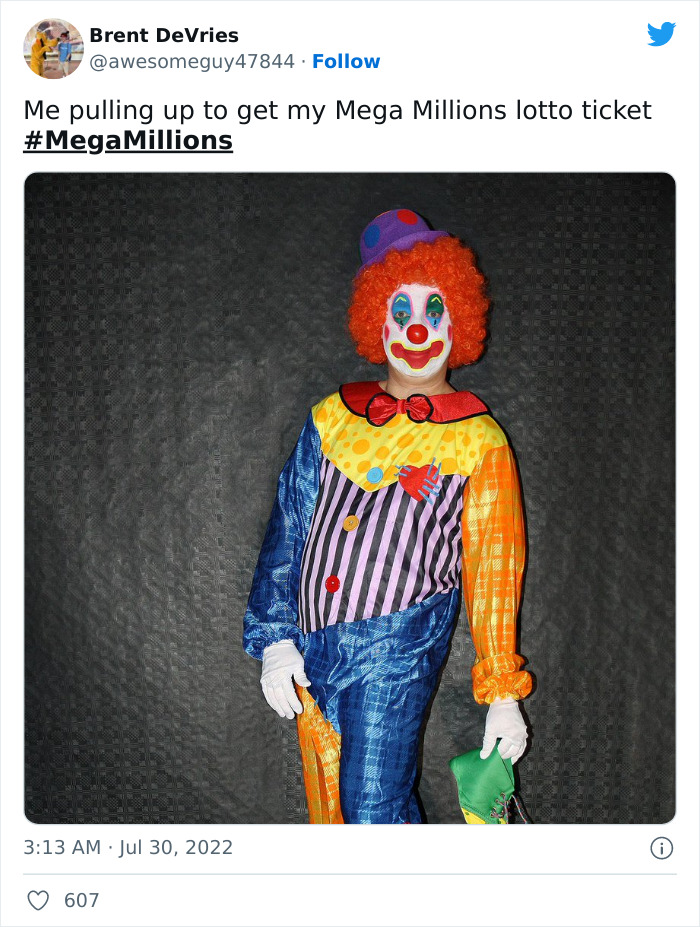