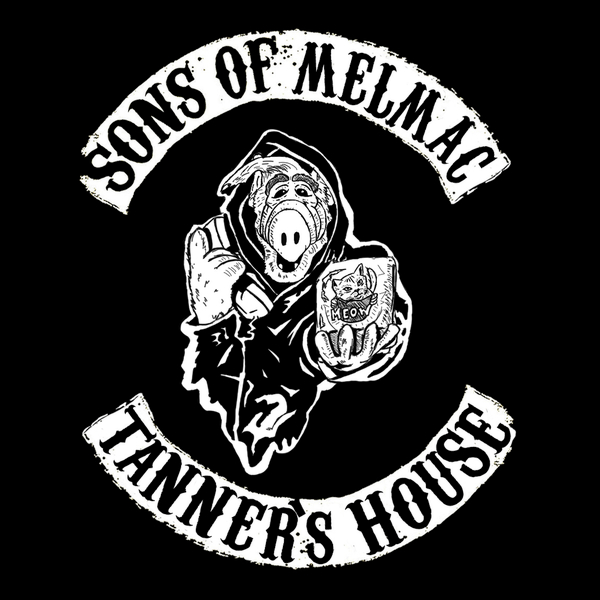 Life can be hard for aliens in America, and their struggle to live freely among the hairless apes naturally makes them feel disgruntled and forces them to band together for the good of their species. So the aliens took a note from that one biker TV show and started their own motorcycle club called the Sons Of Melmac, which they named after ALF since Willy let them hold their meetings in his garage.

Get geared up for some alien adventure with this Sons Of Melmac t-shirt by MarianoSan, and show the world you’re a member of the coolest alien MC on the planet!

Visit MarianoSan’s Facebook fan page, then head over to his NeatoShop for more dark and geeky designs: