Here’s a dose of nostalgia for you: 40 years ago Sony launched sales of the beloved Walkman TPS-L2, forever changing how we listen to and experience music. To mark the anniversary, Sony has opened an exhibit in Tokyo celebrating the Walkman’s iconic history and how the device became a defining accessory of modern life.

It was Sony co-founder Masaru Ibuka who rather inadvertently inspired the Walkman when he requested an easy-to-carry device that would let him listen to operas on long flights. Sony’s tape recorder division got to work and adapted their Pressman—a recording device for journalists—to suit the task.

50,000 units of the TPS-L2 sold within the first two months of its release on July 1, 1979. By the time the Walkman made it’s U.S. debut in 1980, the cassette was well on its way to overtaking vinyl and by 1983, cassettes were officially the best-selling format. As the market grew and competing consumer electronics companies released their own portable tape players, the Walkman stood out with iconic design features and brand recognition, allowing Sony to hold on to 50% of market share for a decade. With over 80 Walkman models developed before 1990, Sony sold 385 million units before the device was officially dethroned by Apple’s iPod.

Beyond these impressive numbers, the Walkman also left an indelible mark on culture. From adding fuel to the “exercise craze of the 80s” to spawning the sociological term “the Walkman effect”—coined by Japanese professor Shuhei Hosokawa to describe how it fundamentally changed the way we interact with the outside world—the device is only out-dated in terms of technology. 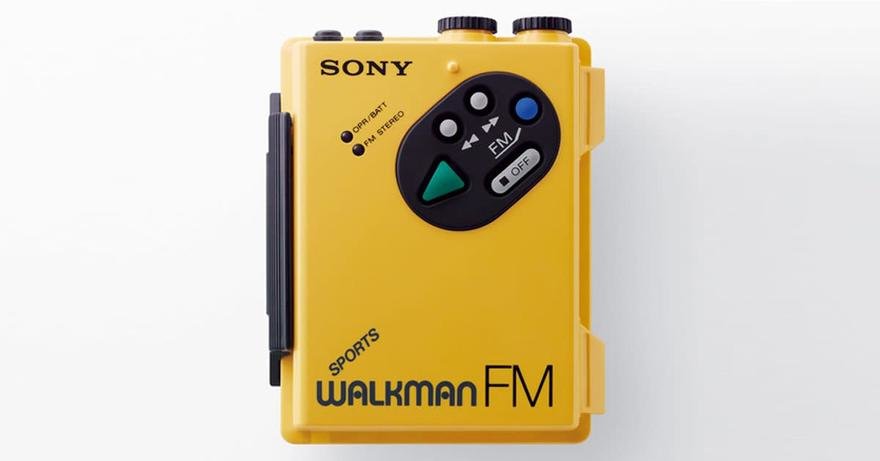 Taking place at Ginza Sony Park, the centerpiece of the exhibition is a 20-foot-long “Walkman Wall” with 230 different types, so viewers can immediately grasp its evolution. The exhibition will also feature stories from over 40 “artists, creators, and celebrities” about their personal experiences with the Walkman and a rotating exhibition of customized devices. Outside, an eight-foot-tall sculpture of the WM-F5 model greets visitors and will make it impossible for you to miss the venue.