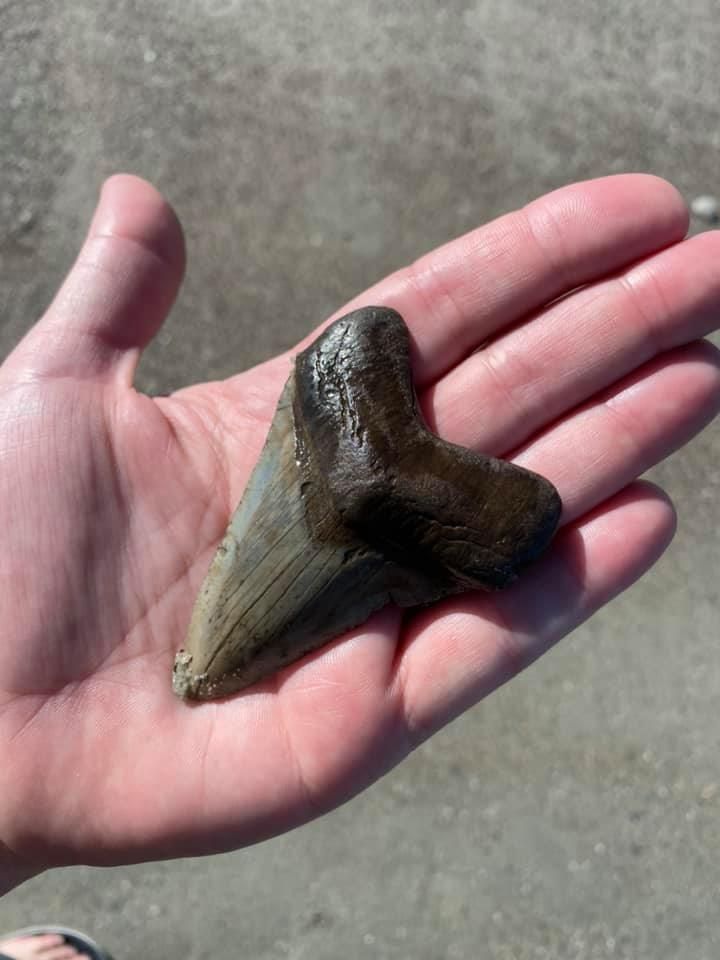 Don’t worry, it’s not a human tooth! A woman found a massive tooth at a beach in South Carolina. When Missy Tracewell posted the photo of her find on Facebook, social media users quickly put on their thinking hats on and started speculating on what type of creature could have owned the tooth:

“I would hate to meet face to face the mouth that it came out of. It had to be a big shark,” one user wrote.

“Man I’m SO jealous!! I’m here at hunting Island right now and I’ve found about 48 smaller teeth so far but I’ve never found any that big. I’m so so so jealous,” another replied.

Some, including Tracewell, suggested that the tooth belonged to a megalodon, an extinct species of shark that roamed the depths millions of years ago. They were the largest shark to ever live at nearly 60 feet in length.