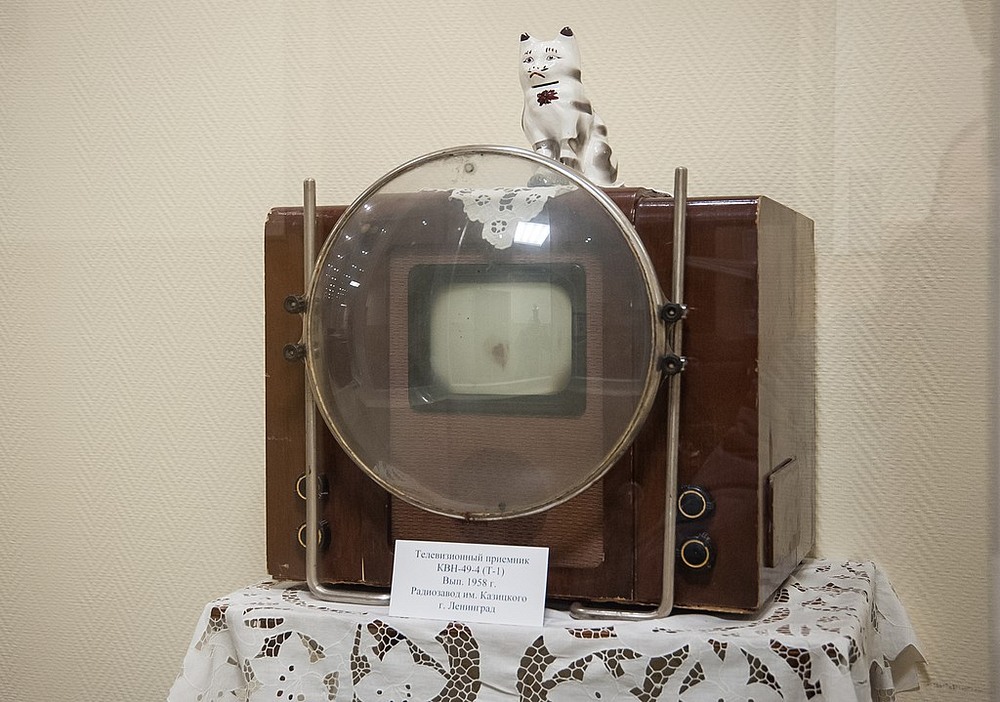 This is the KVN-49, a black-and-white television set produced in the Soviet Union in the 1950s, and the first set to be mass-produced in the country. It was a popular model. In just over a decade, over 2.5 million KVNs were sold throughout the country.

One striking feature of the television set is the large magnifying lens in front of the screen. The lens is made of plastic and is filled with a clear liquid such as distilled water or glycerol. Obviously, the purpose of the lens is to magnify the screen—a clumsy remedy to a technical limitation of that time, and a financial one too.