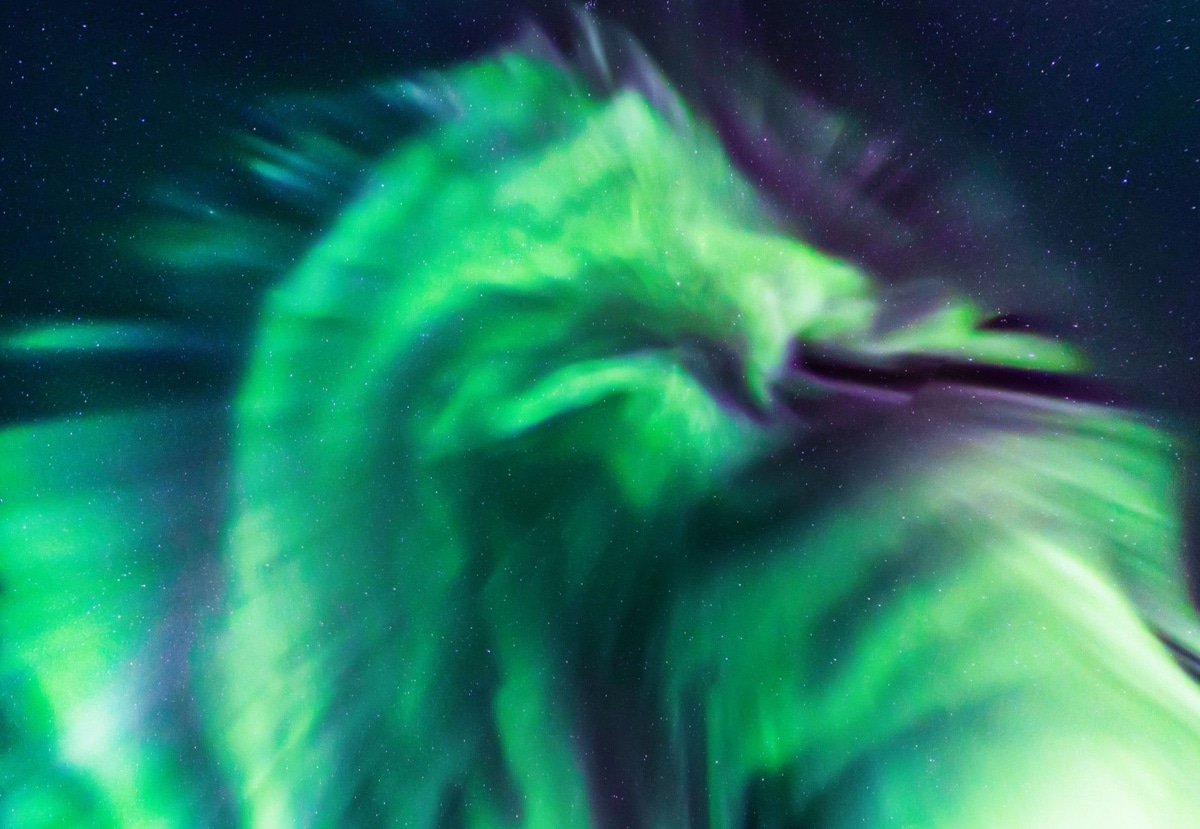 We’ve all seen countless photos of the Aurora Borealis; so dazzling are the spectacular lights that photographers flock to photograph them. But you’ve never seen anything quite like this image from photographers Jingyi Zhang and Wang Zheng. Take in Iceland, the array of green lights actually take on the shape of a giant dragon.

Zhang, a Perth-based student studying jewelry design, clearly has a passion for astrophotography. Last year, one of her images was recognized by the Royal Observatory Greenwich’s prestigious Astronomy Photographer of the Year competition. But nothing compares to this incredible sky she came across while on vacation with her mother in Iceland. The photo is so eye-catching that it was even selected as NASA’s Astronomy Picture of the Day. “This iconic display was so enthralling that the photographer’s mother ran out to see it and was captured in the foreground,” writes NASA. “No sunspots have appeared on the Sun so far in February, making the multiple days of picturesque auroral activity this month somewhat surprising.”

Auroras are produced by holes in the sun’s corona. Charged particles are expelled from the hole into the solar wind, which follows an interplanetary magnetic field. When those particles hit the Earth’s atmosphere, they excite atoms that emit light—hence the colors we see. The colors can vary according to which atoms become excited. Green and yellow light are the results of oxygen, while red and blue come from nitrogen.

This incredible photo of the Northern Lights taken in Iceland looks like a dragon spreading its wings across the sky. 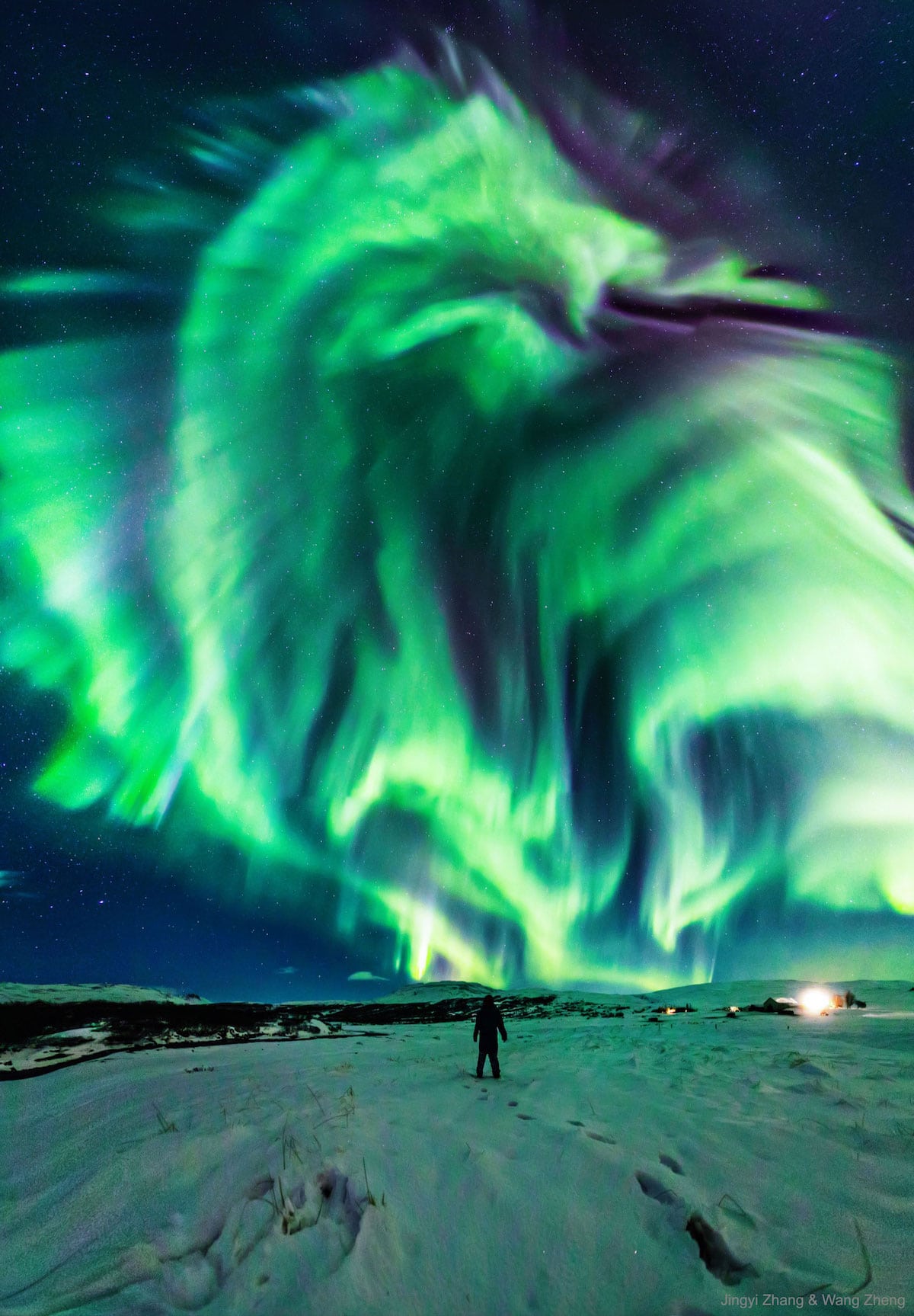 My Modern Met granted permission to use photo by Jingyi Zhang.

Dazzling Displays of Aurora Borealis Dance Across the Night Sky

The post Spectacular Photo of the Northern Lights Looks Like a Dragon in the Sky appeared first on My Modern Met.

Rating Spectacular Photo of the Northern Lights Looks Like a Dragon in the Sky is 5.0 / 5 Votes: 1
Please wait...
Loading...
Related articles