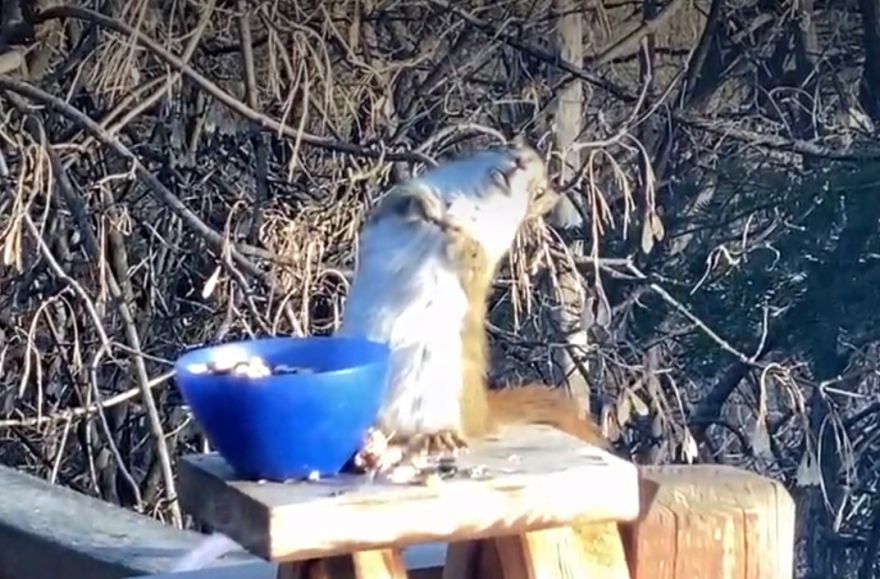 Minnesota — When Katy Morlok cleaned her fridge, she did not want to just throw away the old pear that she pulled out from it. Fortunately, she found some squirrels outside her house, and upon confirming via the Internet that the fruit was safe food for the animals, she decided to give the old fruit to them.

The woman said she saw a squirrel she nicknamed “Lil Red” take the pear and run up a tree.

She was not expecting this to happen next, however.

She said the squirrel reappeared about an hour later and was noticeably off balance. She captured video of the animal repeatedly appearing to almost fall over.

“And then it kind of dawned on me … oh no, those pears were so old I bet they fermented,” Morlok told KMSP-TV. “And then he got drunk and I did not mean to do that so I went out and I grabbed all the pears.”

See the clip of the drunk squirrel over at UPI.