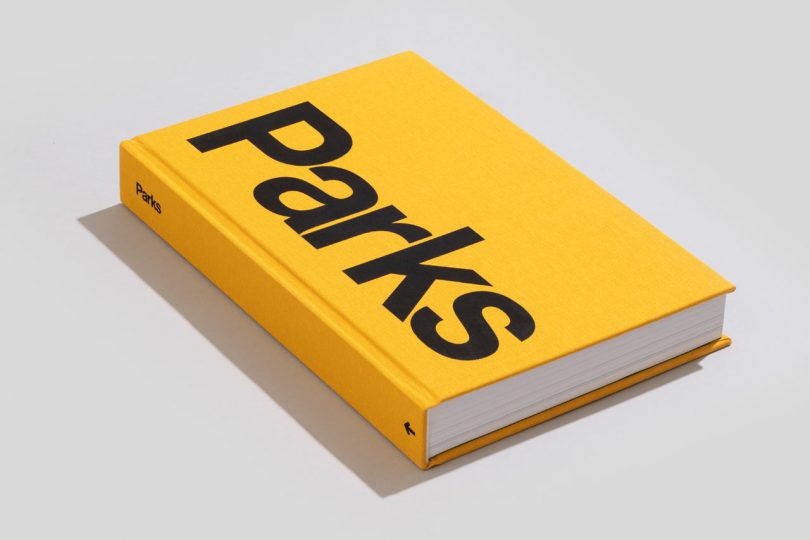 We first took notice of New York-based publisher Standards Manual back in 2014 when they released the 1970 New York City Transit Authority Graphics Standards Manual. Since then, they’ve published two additional favorites – the NASA Graphics Standards Manual reissue and the 1977 EPA Graphic Standards System reissue – amongst others. Now, they’re paying homage to America’s national parks with their second book in collaboration with photographer Brian Kelley, called Parks. The 384-page book features a collection of more than 300 brochures, maps, and bits of artwork from the last 100+ years of the U.S. National Park Service. 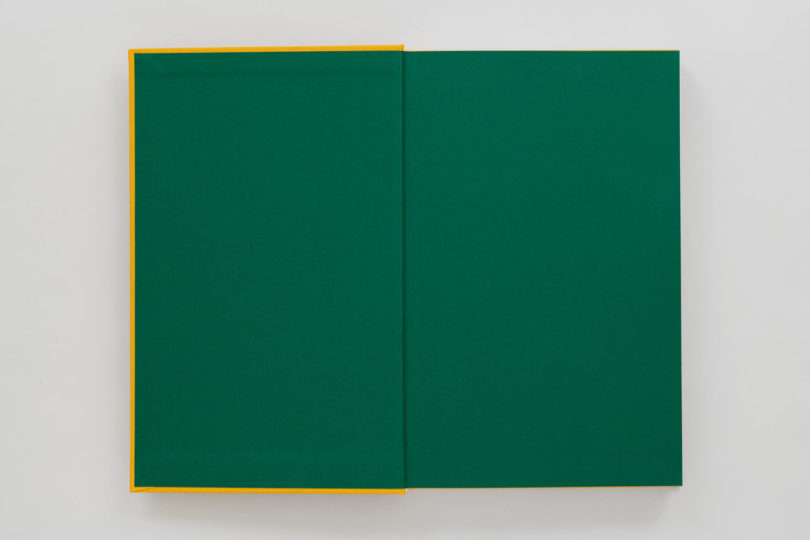 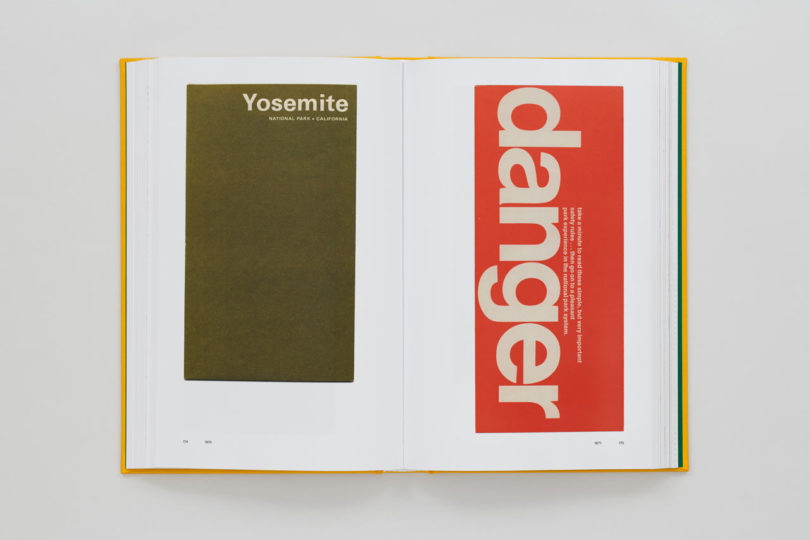 Throughout the decades the aesthetics clearly change, from the typography, photographs, color palettes, and compositions, and the book helps document the often underappreciated materials that so easily get tossed after a visit. The cloth-wrapped book shares a visual timeline, beginning in the early 1900s through present time, that shows the evolution of graphic design, as well as a unique history of America’s national parks. 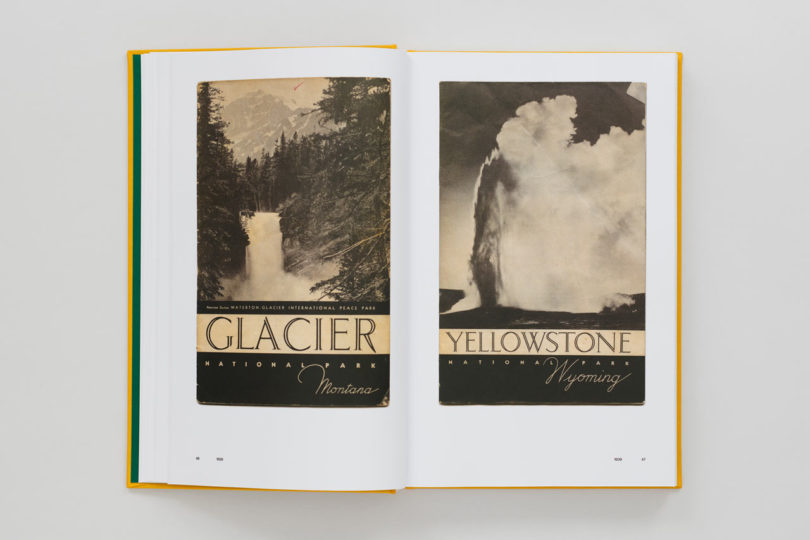 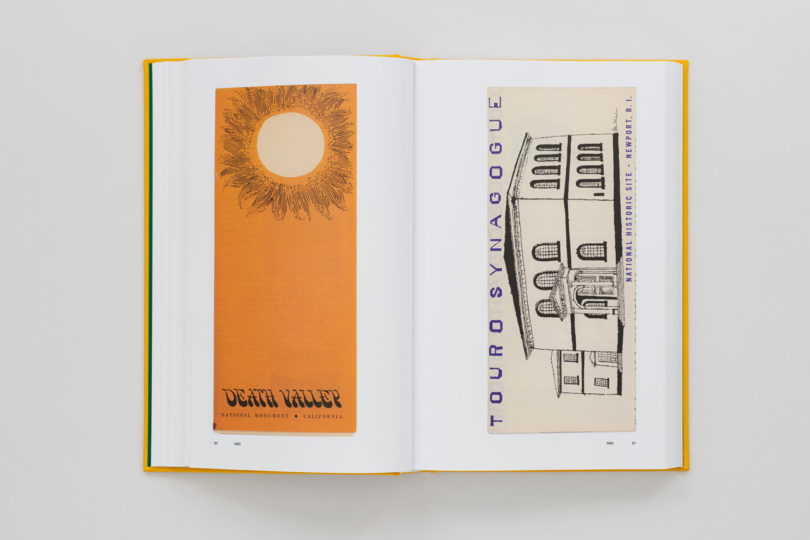 This collection — nearly all from unknown designers — has never before been seen in one place, making it a valuable resource for not only the history of the national parks, but American graphic design in general. Our mission with Standards Manual is to archive and preserve design history, making it accessible to everyone. Parks fits our mission perfectly. 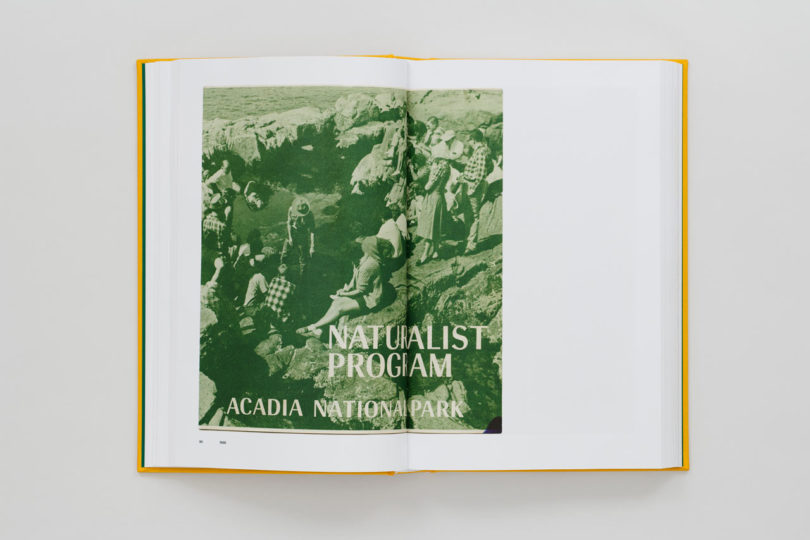 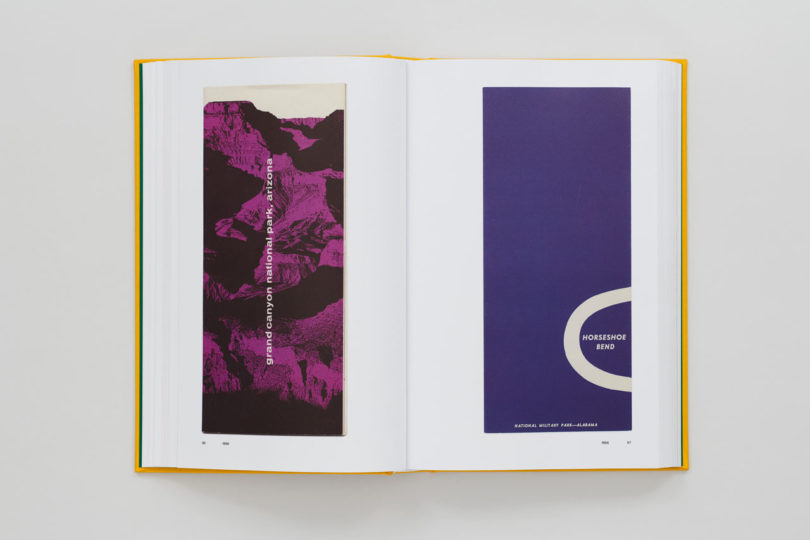 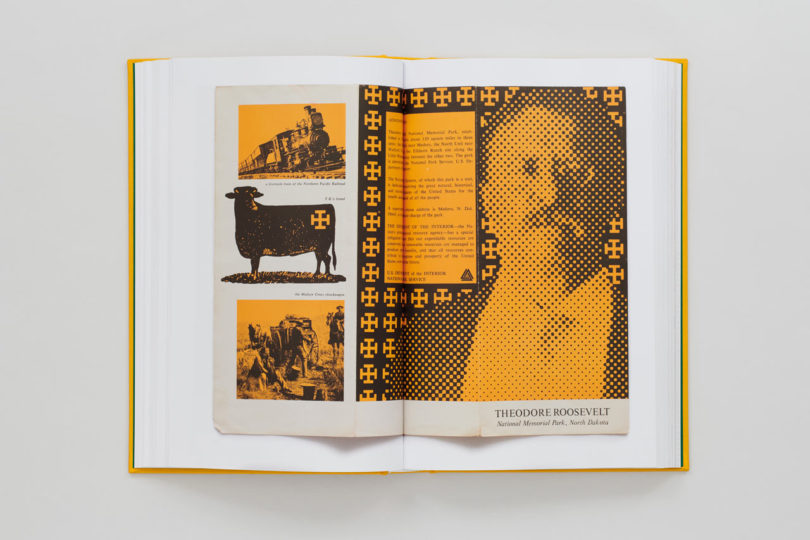 After acquiring a 1964 Grand Canyon national park brochure, Kelley began to collect other park-related materials from various states and decades. During his hunt he discovered that most of the pieces never gave any artist or designer credit for the work, adding a layer of intrigue to the project. 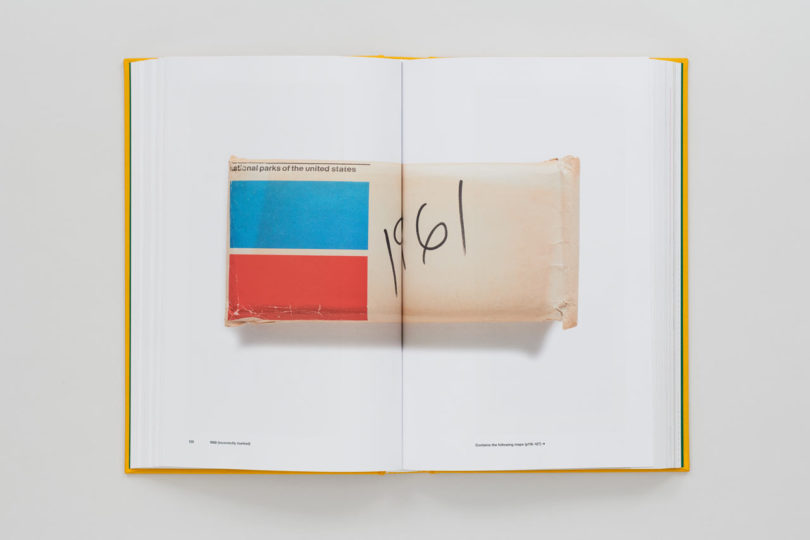 Iconic designer Massimo Vignelli was hired in 1977 to give the national park system a redesign. He created a universal solution that joined all of the parks under a cohesive visual system, the Unigrid, which changed the course of the system’s history. 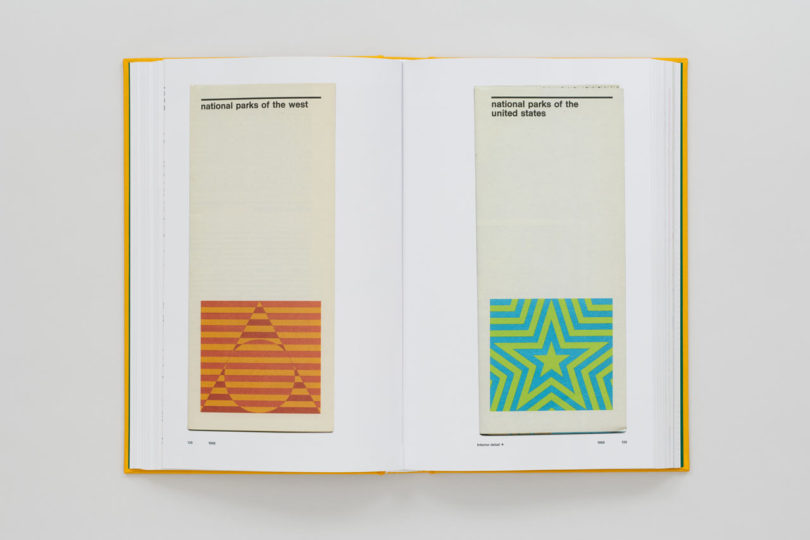 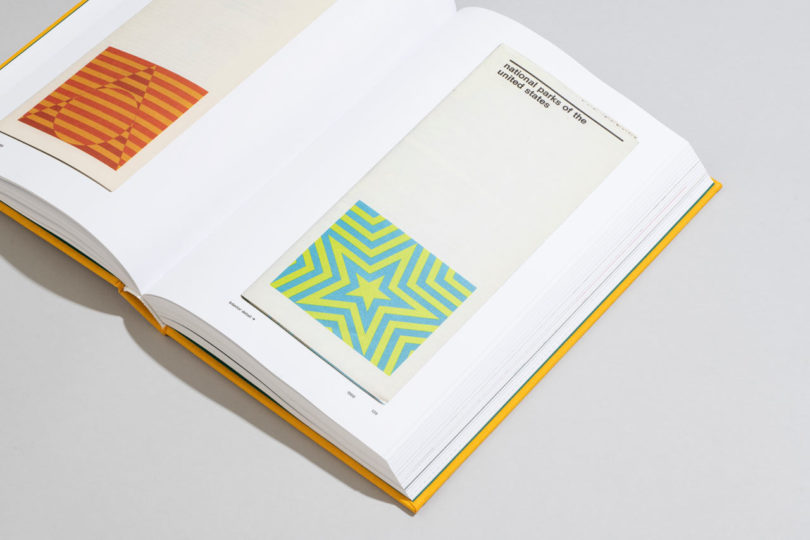 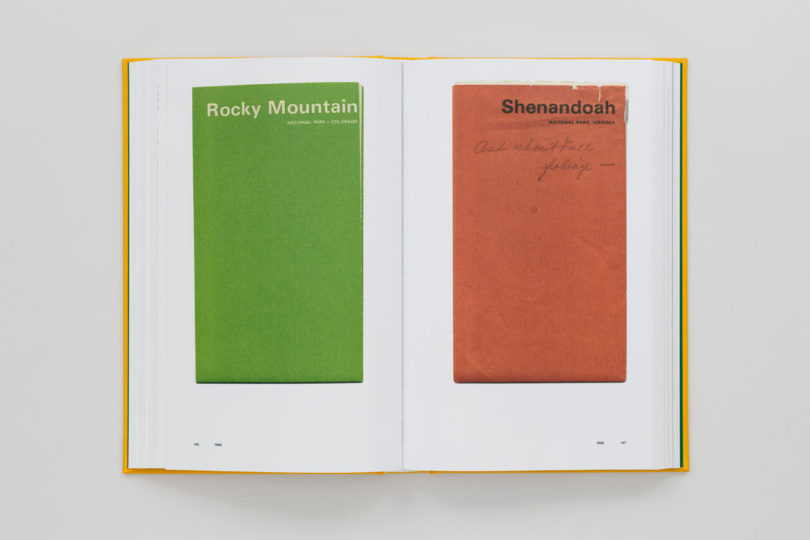 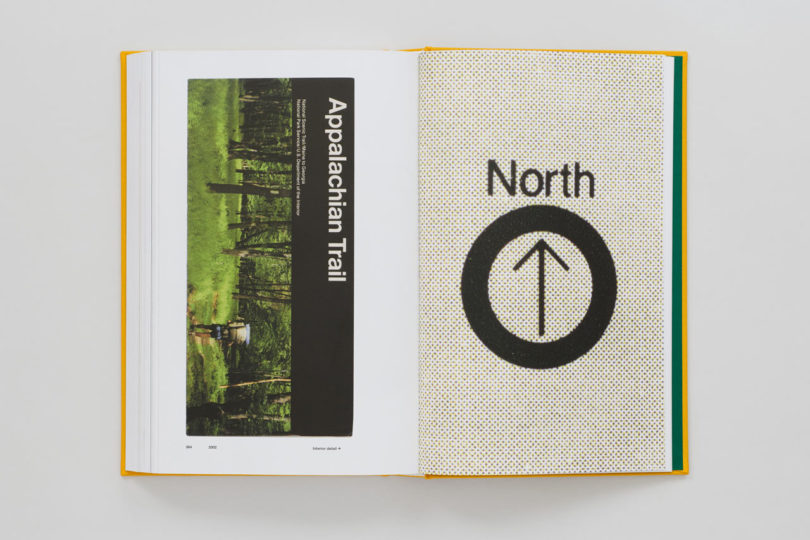 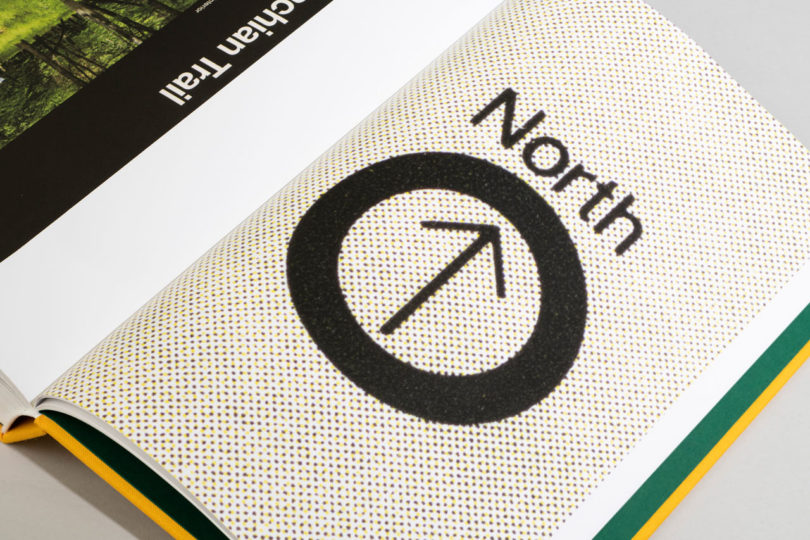 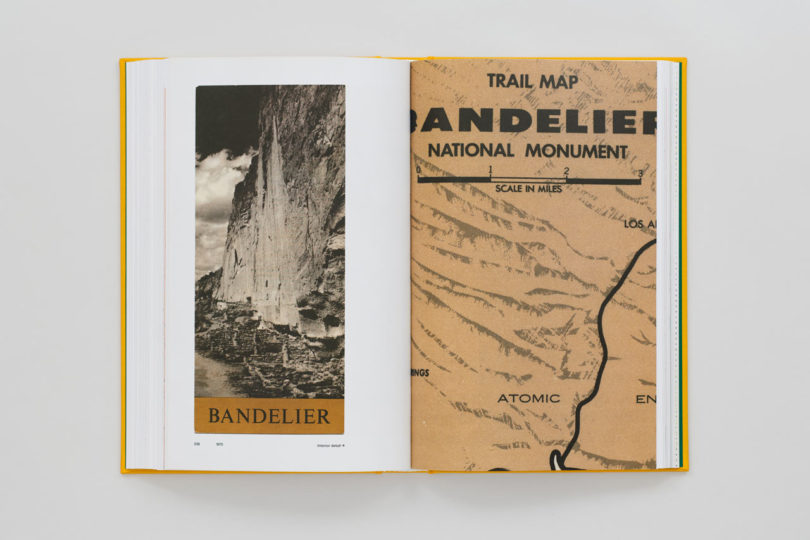 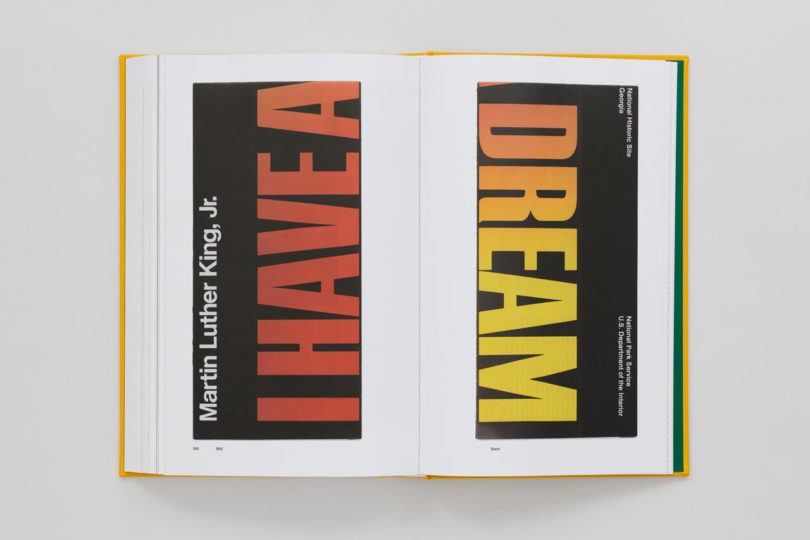 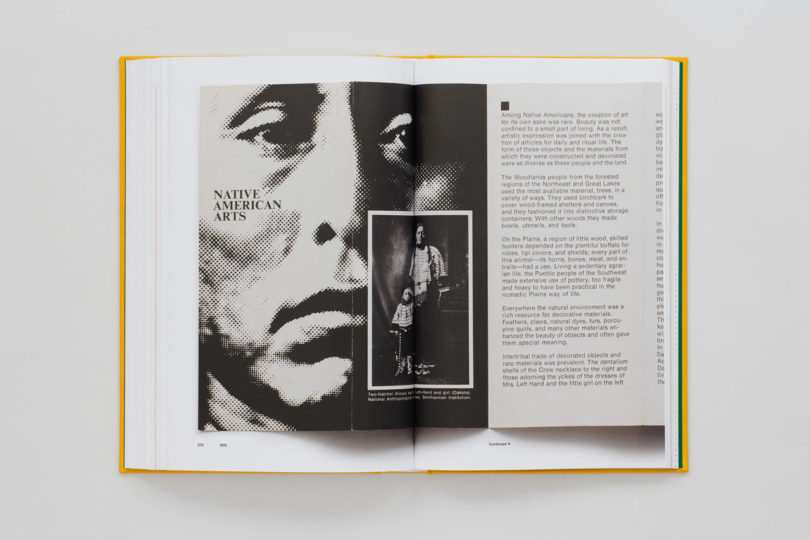 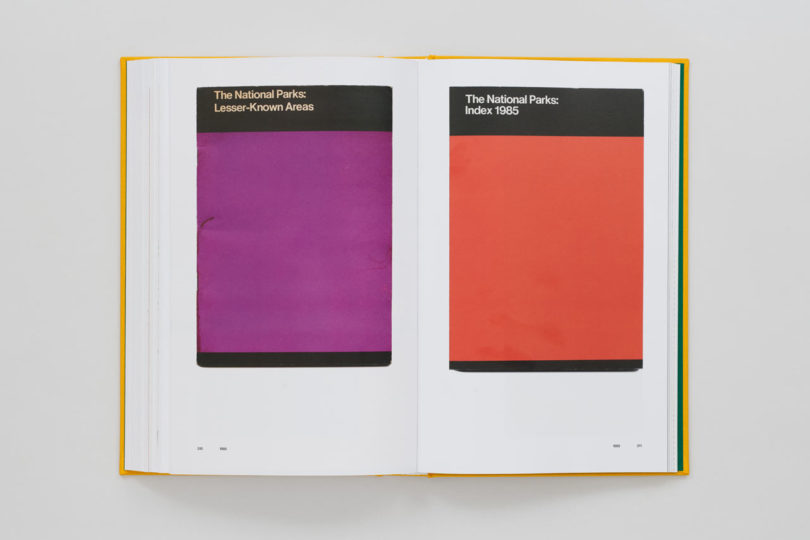 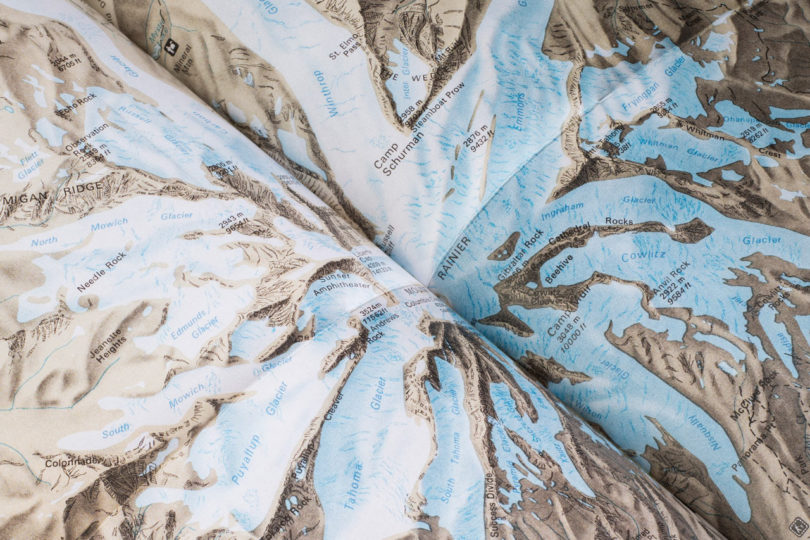 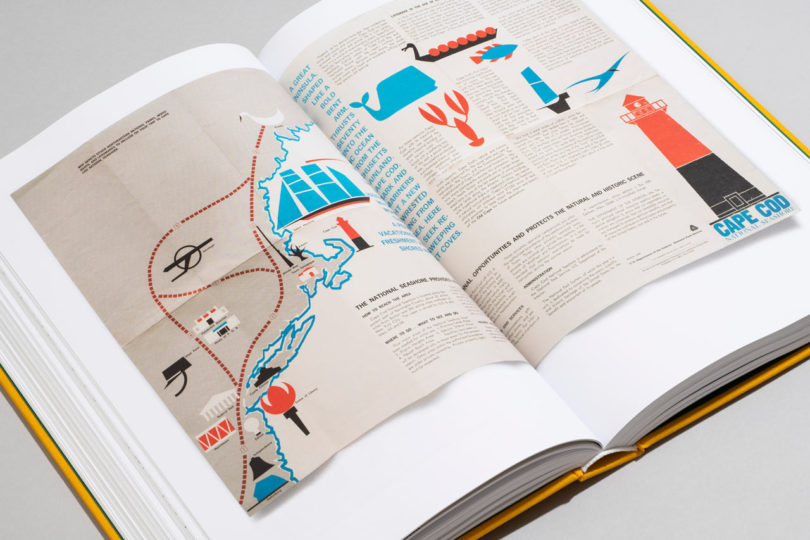 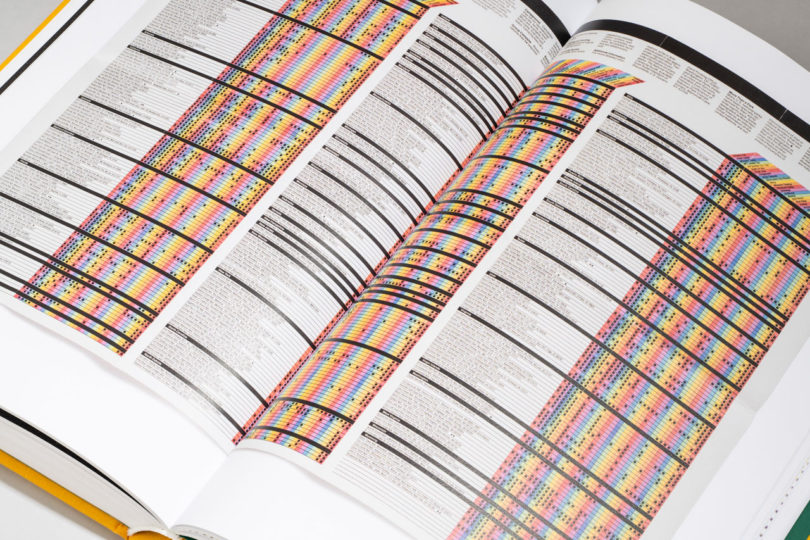 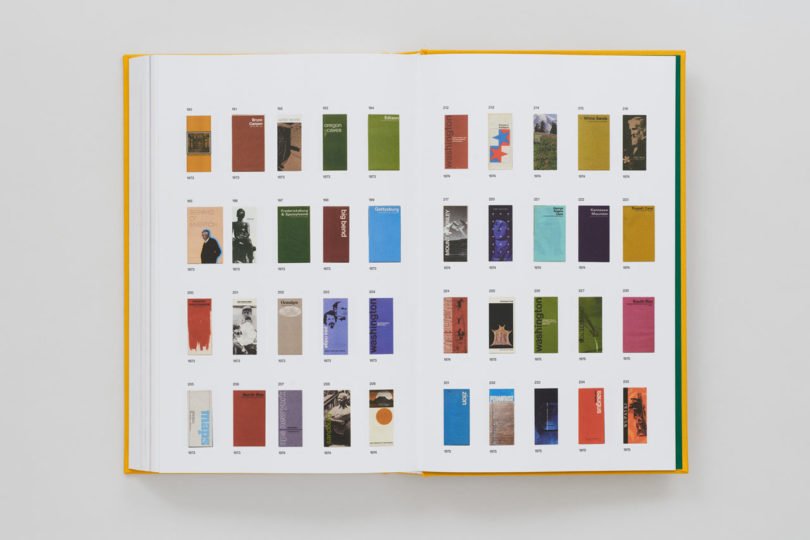 Throughout the decades the aesthetics clearly change, from the typography, photographs, color palettes, and compositions, and the book helps document the often underappreciated materials that so easily get tossed after a visit. Whether you’re a design aficionado or a person that just loves nature, Parks, is a great way to commemorate both within a 7 x 11″ visual archive that’s available for pre-order right now for $55 with shipping starting in October 2019.