Let’s say you’ve got a camera-equipped quadrotor drone with a 30-minute flight time, but you want to send it aloft to continuously observe an area for 45 minutes. What to do? It would be helpful if it could land in a high location—like say, a tree branch—to conserve energy while it continued recording. To do that it would need some sort of landing gear, so that’s what Stanford University engineers Mark Cutkosky and David Lentink developed, by studying the anatomy and body mechanics of birds. 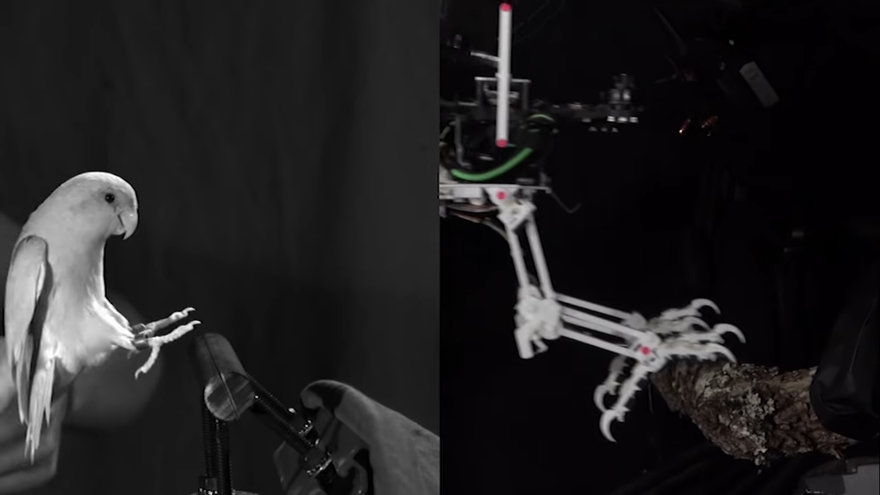 Cutkosky and Lentink came up with a system of legs and talons called SNAG (Stereotyped Nature-inspired Aerial Grasper). Initially they studied the landing mechanics of parrotlets, a tiny parrot species, but “in order to account for the size of the quadcopter, SNAG is based on the legs of a peregrine falcon,” Stanford News reports. “In place of bones, it has a 3D-printed structure – which took 20 iterations to perfect – and motors and fishing line stand-in for muscles and tendons.” 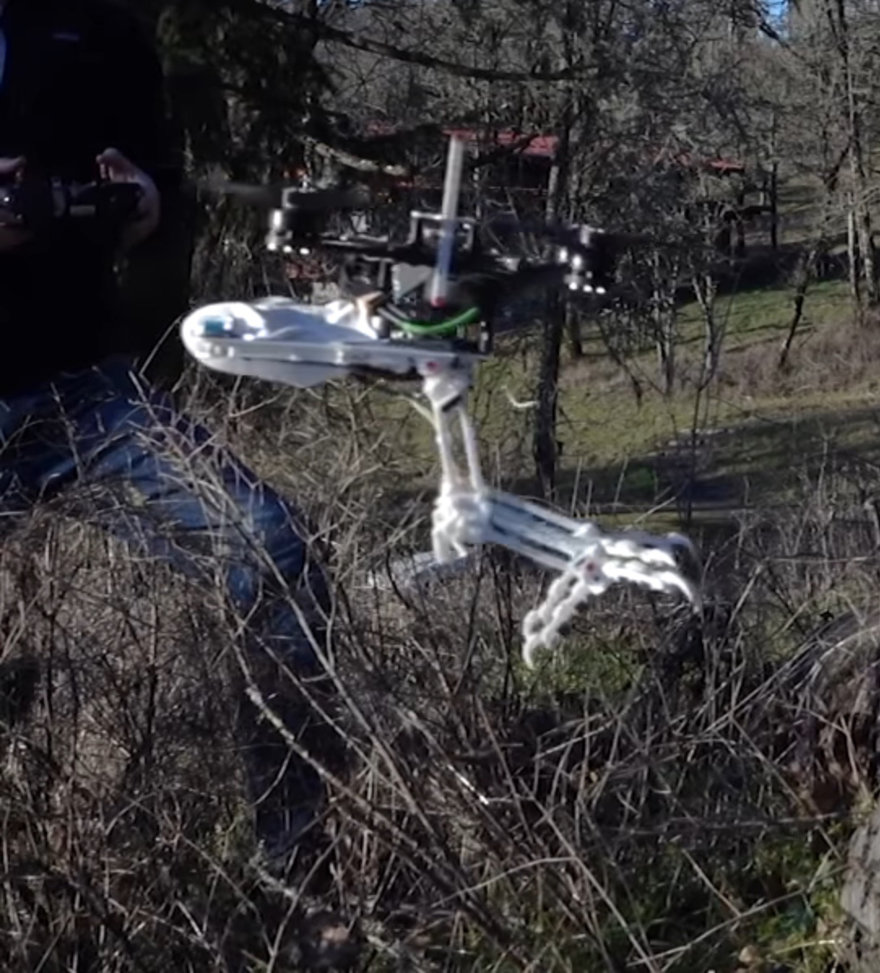 “Each leg has its own motor for moving back and forth and another to handle grasping. Inspired by the way tendons route around the ankle in birds, a similar mechanism in the robot’s leg absorbs landing impact energy and passively converts it into grasping force. The result is that the robot has an especially strong and high-speed clutch that can be triggered to close in 20 milliseconds. Once wrapped around a branch, SNAG’s ankles lock and an accelerometer on the right foot reports that the robot has landed and triggers a balancing algorithm to stabilize it.” 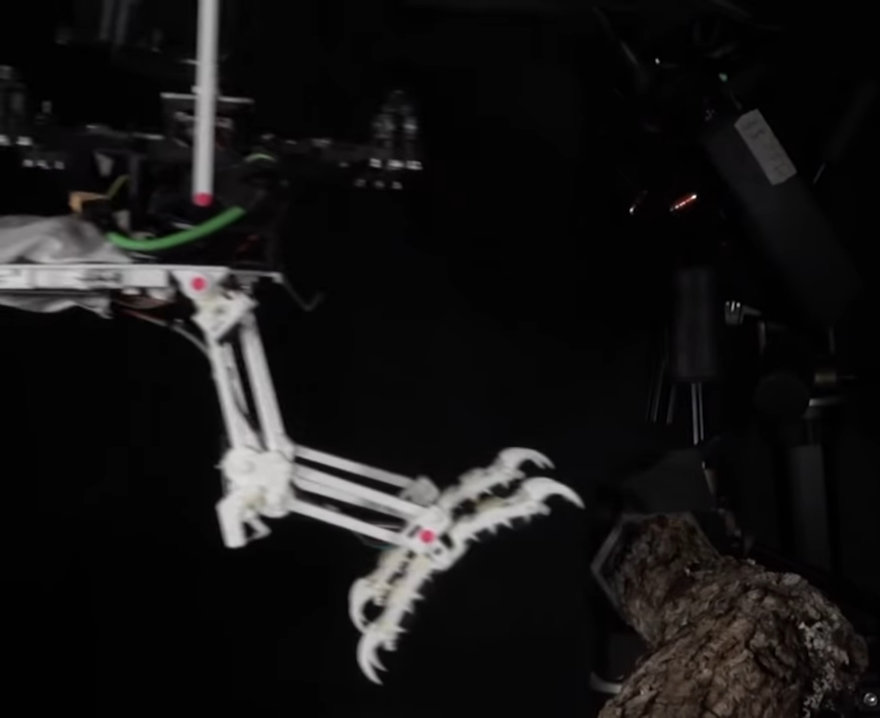 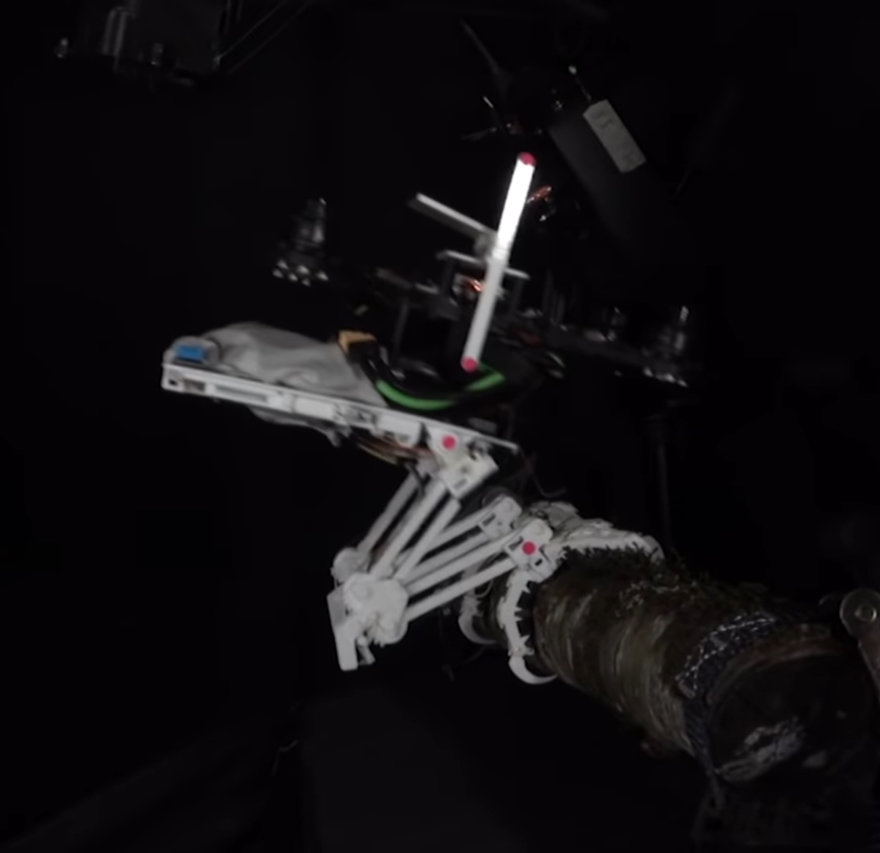 Cutkosky and Lentink’s work is being further developed by William Roderick, a former grad student who worked under the two. In this video he demonstrates the SNAG talons, including not only their landing routine, but their ability to catch and release objects:

Roderick hopes that SNAG will provide value for environmental researchers. He and his team have attached a temperature and humidity sensor to a SNAG-equipped drone in order to obtain microclimate readings. “Part of the underlying motivation of this work was to create tools that we can use to study the natural world,” said Roderick. “If we could have a robot that could act like a bird, that could unlock completely new ways of studying the environment.”