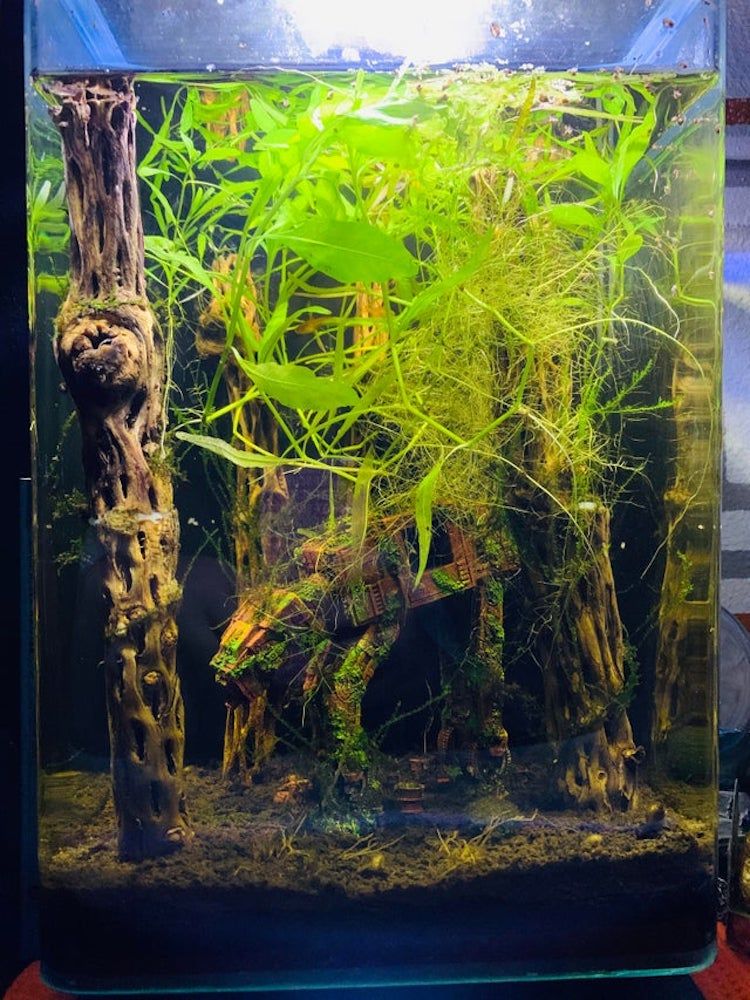 Aquarium enthusiast Carly Thompson created a Star Wars-inspired tank using an AT-AT (All Terrain Armored Transport) aquarium decoration gifted to her by her brother. Thompson, in a stroke of creativity, designed the tank to envision a reality where the AT-AT was broken and abandoned, where its remains are sunk below the water:

[…]“I knew that I wanted it to look as natural as possible,” Thompson tells My Modern Met. “I recalled the map Kashyyk in the video game Star Wars: Jedi Fallen Order. That and the Moon of Endor from the Star Wars movies were my inspiration for this tank.”

It took Thompson around three days to design and put together the fish tank. She used a common aquarium wood called cholla to create the tall, burly tree trunks. She then used java moss and a three-leaf seed to create the mossy jungle appearance. Once the aquarium was finished, all that was left to do was decide on which fish will live inside the underwater world.

“The marine life that I chose to put into this tank was a very difficult decision,” Thompson reveals. “I wanted neon tetras because I felt the bright blue and red colors would not only represent a lightsaber appearance, but they would also give a good pop of color.” However, Thompson ended up falling in love with ember tetras and decided to put them in the tank instead. “Their fiery red color and the overall natural behavior of these fish are what made me want them. I purchased five of them at my local pet store and stocked my tank,” she says. “These fish were so curious and active in the tank.”

US Restitutes 17,000 Looted Artifacts to Iraq

14 Plaques That Will Make You Smile