Your relationship with your manager and your boss can very well make or break your career. However, what this dynamic should be is still up for discussion. While some advocate for a more honest, open, and, well, _human_ relationship, others believe that only by being thoroughly professional do you leave the best possible impact. And only then can you be respected by your superiors. At least in theory.

Redditor u/Kaisawheelofcheese75 went viral on the r/antiwork subreddit when they shared their opinion about employees (over)explaining themselves when their bosses want them to switch shifts. In their view, far too many members r/antiwork write up “paragraphs and paragraphs” explaining themselves to their bosses in great detail. According to the internet user, this oversharing, being honest too much actually hurts your career in the long run.

Scroll down to read the redditor’s full post in their own words, as well as to see what other r/antiwork users had to say about their candid opinion. We’d love to hear what you think, Pandas. Do you think we should always be professional or like an open book when dealing with our bosses? Share your thoughts in the comments.

We shouldn’t have to explain ourselves to our bosses and honesty can hurt us, that’s what one internet user argues 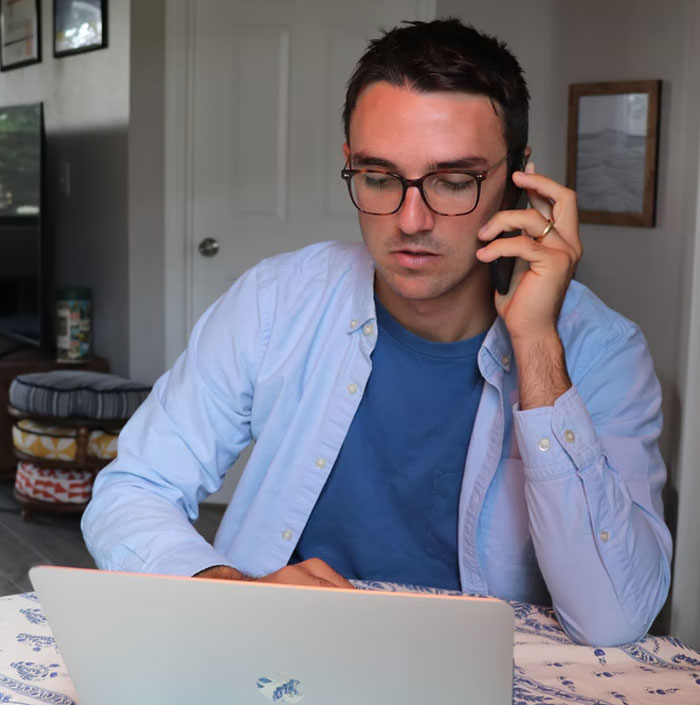 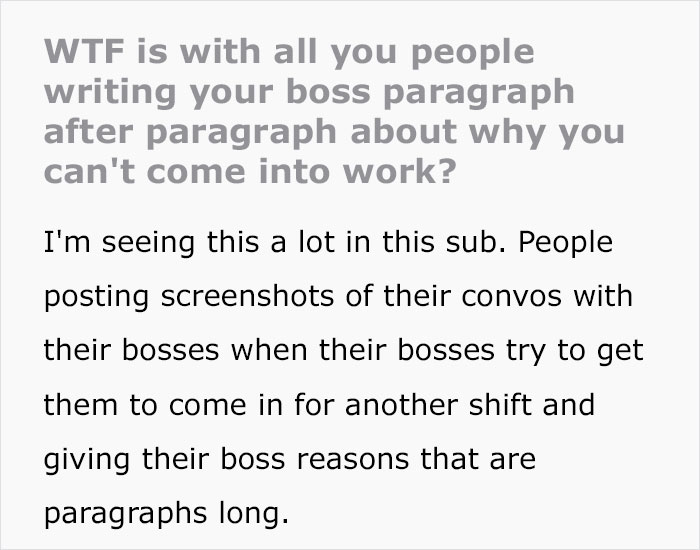 The crux of u/Kaisawheelofcheese75’s argument is that when employees are too honest about why they can’t come in for another shift, they can come off as far too childish. And this can harm their career prospects in the future because they won’t be taken as seriously.

Meanwhile, when employees go the extra mile to explain themselves in far too much detail, they can lose their superiors’ respect. In short, the more your colleagues know about you, the more they can hold that information against you. Maintaining control over the narrative and what information you give out gives you more power and creates the impression that you’re not someone who feels guilty for taking another shift.

Personally, I’m on the fence in this situation. I absolutely agree that we have to limit what we share about ourselves in a professional setting. However, I also firmly believe that we have to create sincere bonds with our colleagues. That includes our bosses, too. When we share these small details about ourselves, we create an emotional link, whether for good or for ill. I’d argue that appealing to someone’s humanity isn’t a flaw, but feeling guilty to the point that you feel pressured to explain yourself in detail should be avoided.

Earlier, financial expert Sam Dogen from the Financial Samurai project told me that it’s vital to constantly communicate with our managers and bosses about our career achievements. This way, we’re less likely to be passed over when it’s time for a raise or promotion.

“Managing your manager entails keeping him or her abreast of what you are up to. It means highlighting your key wins and reminding them at the end of the year about what you did in the first half of the year,” he told Bored Panda during an earlier interview.

What’s more, it’ll really help your career if you keep the most important conversations and promises in writing. “It is very important to keep everything in writing. Over time, we tend to forget our interactions,” Sam said.

“By keeping things in writing, we can better remember situations and better argue for ourselves when it comes to asking for a raise and a promotion.”

In the mood for some more work stories? Then you should definitely take a look at Bored Panda’s article about employees sharing what happened when they asked for some time off and had to deal with truly awful managers.

And here’s what other redditors had to say on the topic. They had some great pieces of advice to share with the internet 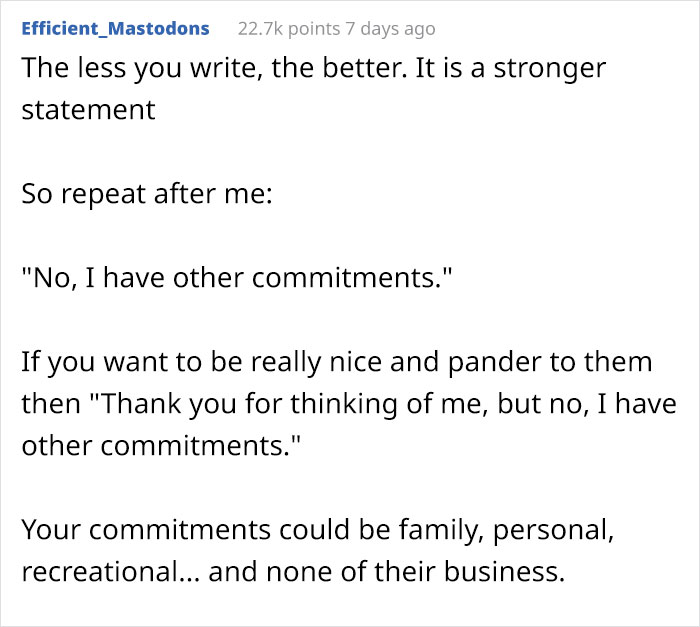 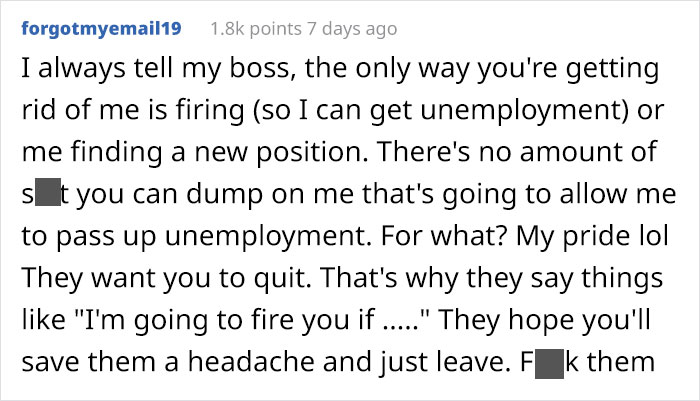 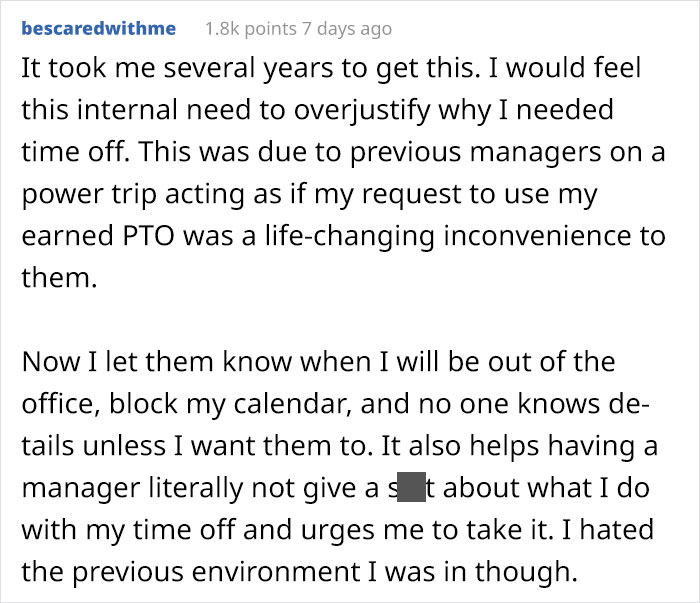 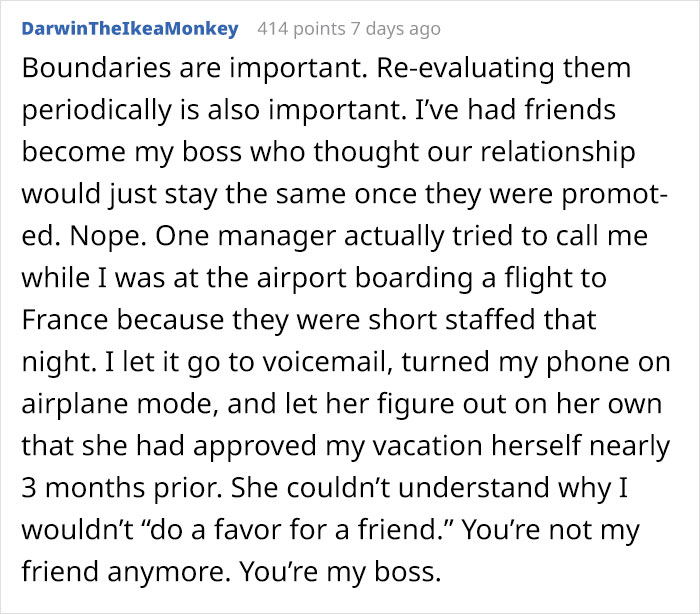 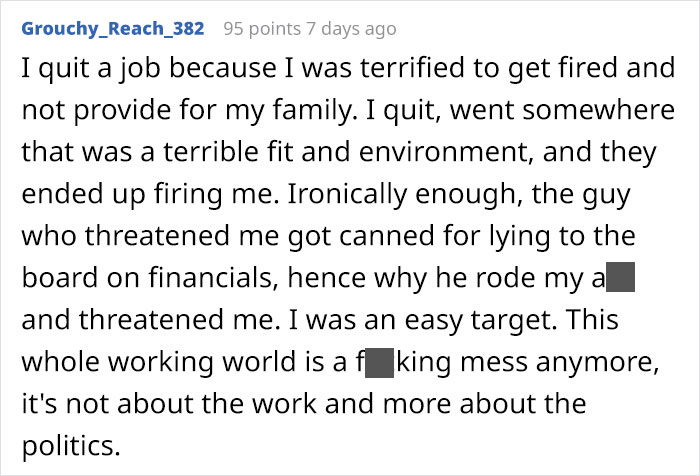 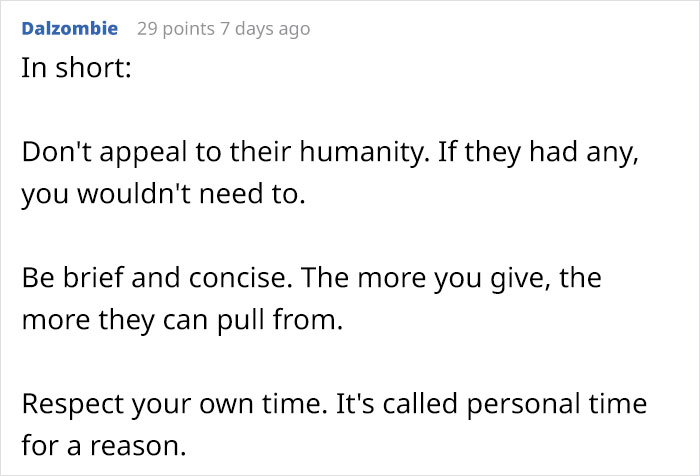 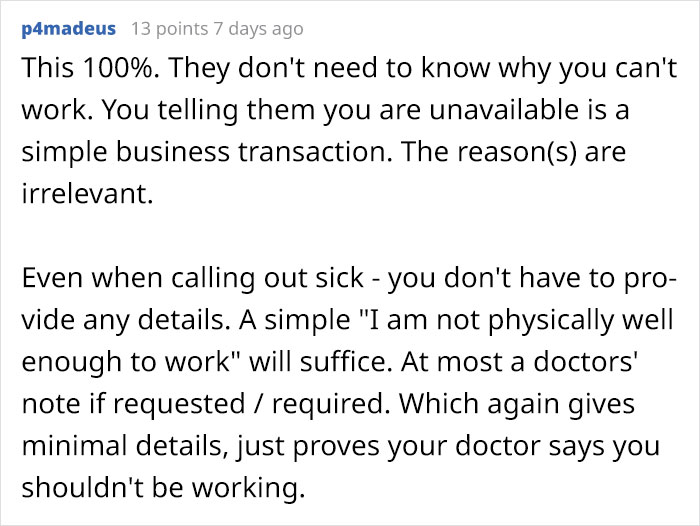 The post Stay Professional At All Times: Person Shares Why Over-Explaining Yourself To Your Boss Hurts You In The Long Run first appeared on Bored Panda.