Photographer Stephen Shore, who famously got his work into the collection of New York’s Museum of Modern Art at the age of 14, is best known for his vivid images of landscapes, spaces, and people across the United States. Among the artist’s most storied series is “American Surfaces,” which comprises hundreds of photographs taken in the early 1970s during a road trip from New York to Amarillo, Texas. Once derided by critics put off by his then-new taste for color photography, “American Surfaces” is now considered one of the most famous photo series of all time. This month, Phaidon has published an updated monograph devoted to the series that features 40 previously unpublished photographs. The guide below explores the enduring appeal of Shore’s pictures. 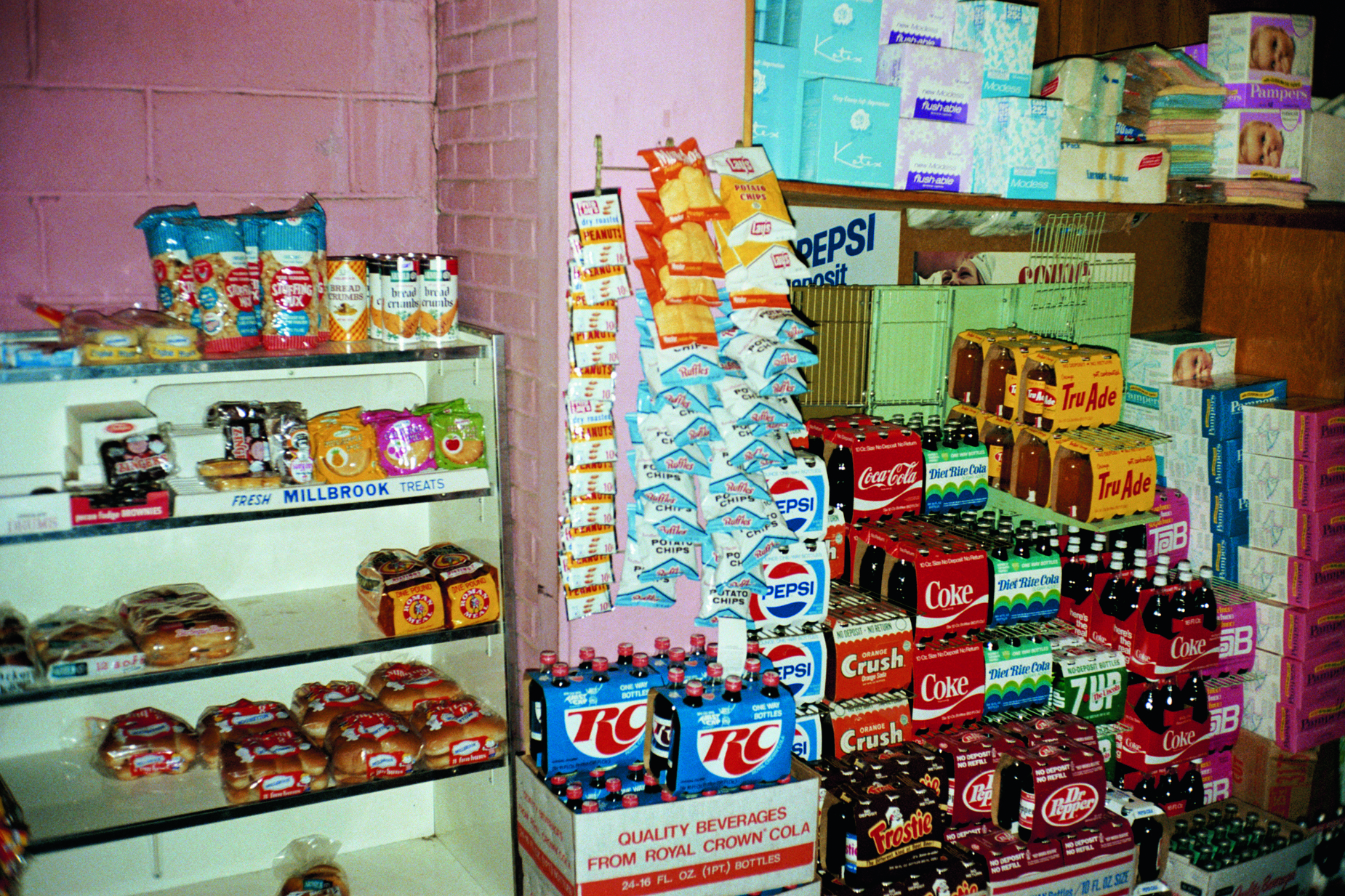 Shore set off on his road trip in 1972.
At the age of 24, Shore’s travel set off from New York and headed toward Texas, visiting 19 states and Washington, D.C. along the way. Over the course of his travels, he crafted 174 small-scale color images from the trip, later showing them at the since-closed Light Gallery in New York. Shore’s photographic style was unadorned—his images were raw and unaestheticized, unlike many similar pictures of American life being made at the time. His presentation of the works at Light Gallery was similarly spartan—they were mounted to the gallery’s walls with double-sided tape. At just five inches wide, each photograph resembled a postcard. 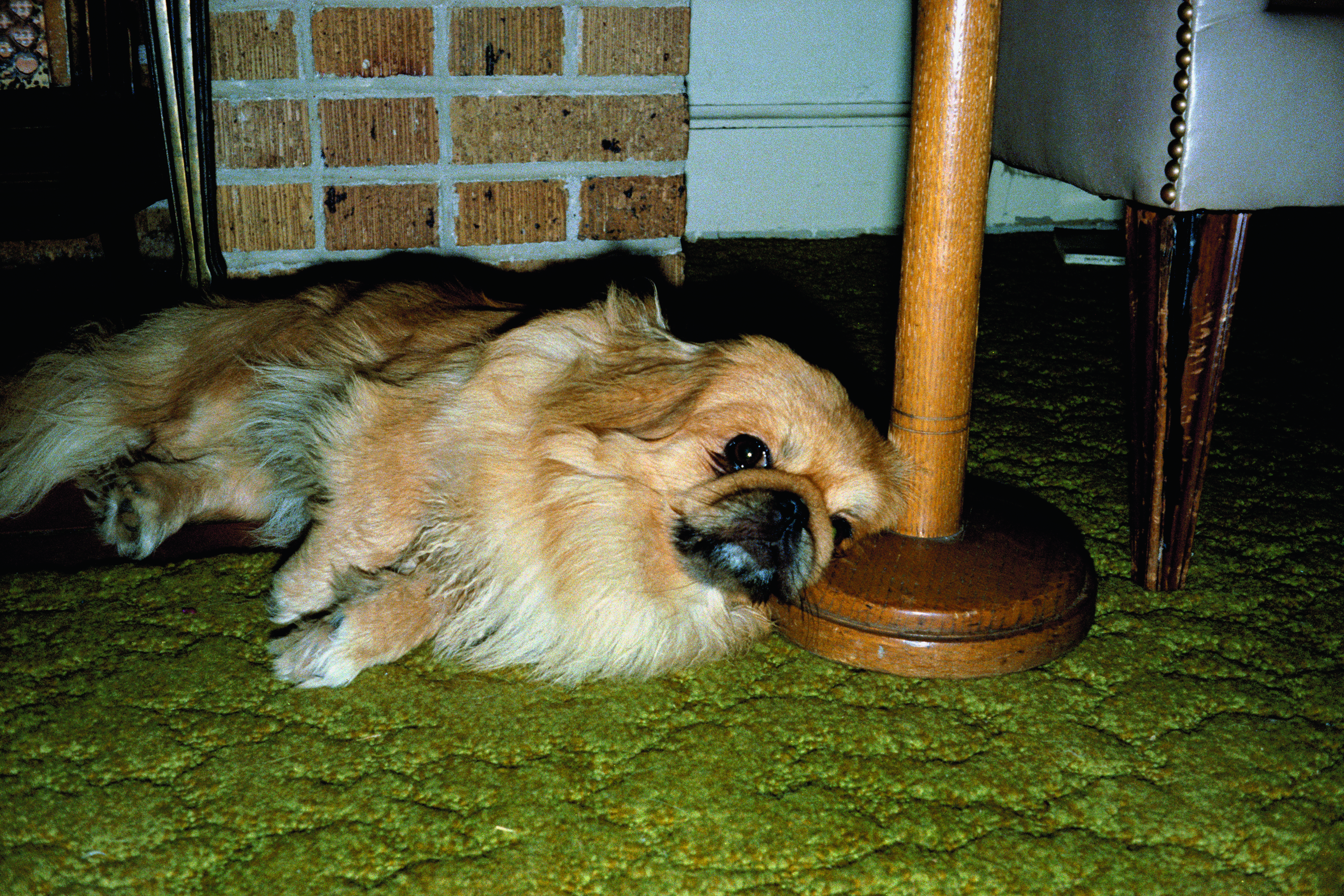 “American Surfaces” was a radical endeavor for its time.
In an introductory essay for Phaidon’s new monograph, critic, curator, and photographer Teju Cole writes that Shore’s famous series “was initially received with some bewilderment, before it settled into its life as an American classic.” The confusion was understandable: Shore’s pictures looked nothing like the photography style en vogue for the era that placed an emphasis on sharp compositions and “decisive moments,” as Henri Cartier-Bresson once put it. Moreover, Shore’s photographs were in color, not black and white—which some critics construed as a rejection of the modernists who came before him. “Like many of the younger American landscapists, it is clear that Shore began with Walker Evans, ran into Atget, and has come far on his own, but it is less clear whether he is more of an artist than he is a collector,” one ARTnews critic wrote in 1977. Shore has said that he was aiming for a less glossy look with his photos: “I wanted pictures that felt as natural as speaking. At random moments, whenever I thought of it, I would take what we would call today a screenshot of my field of vision.” 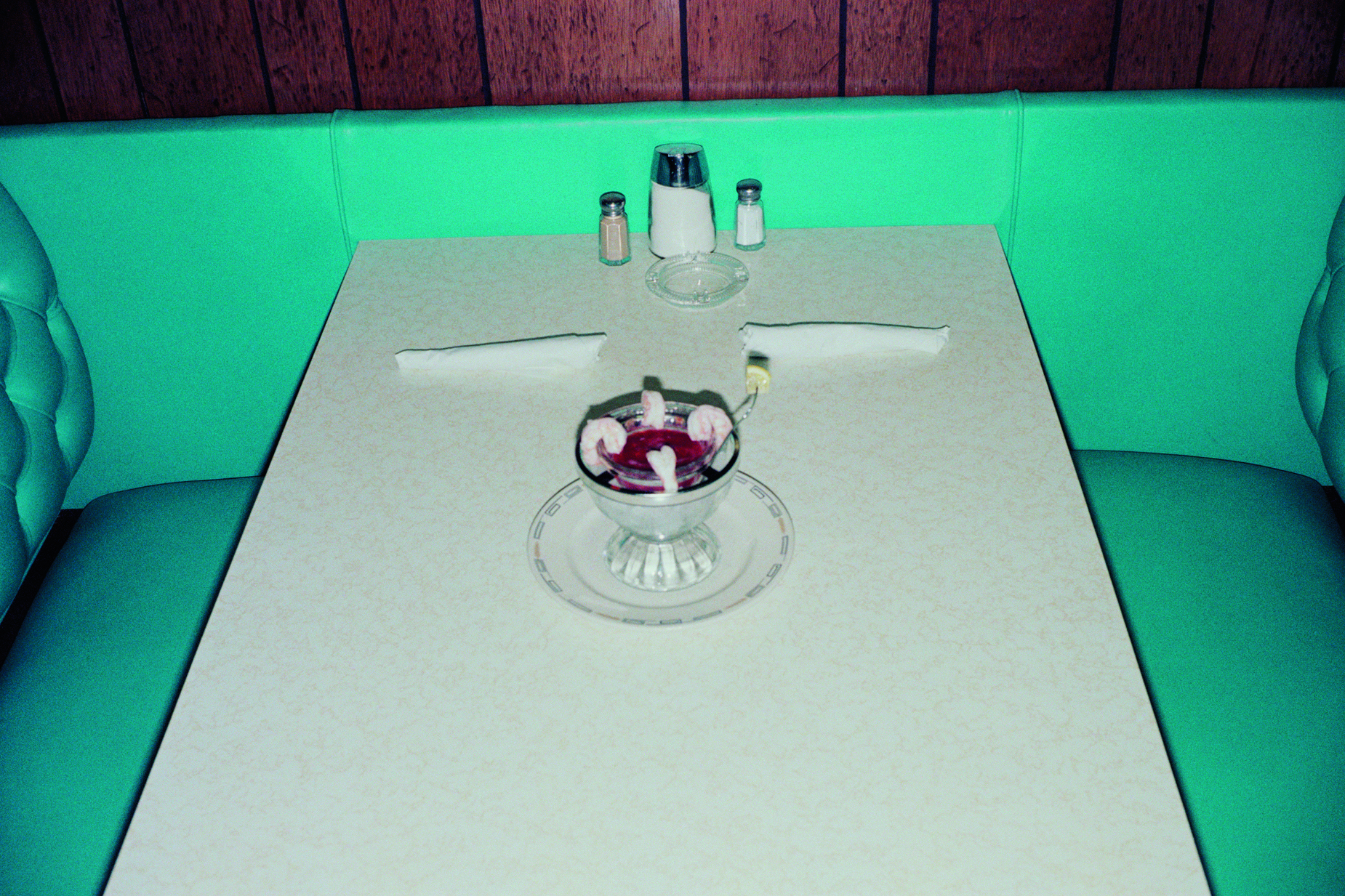 The series has existed in many iterations since its creation.
Although the exhibition at Light Gallery did not receive widespread praise at the time, a select few recognized the work’s import. Metropolitan Museum of Art curator Weston Naef purchased all the works in the show and would later donate the works to the New York institution. The series has also been the subject of a number of publications, including an out-of-print 1972 tome by Schirmer/Mosel featuring 77 of the photos and a 2005 Phaidon book with 320 images. More recently, 90 prints from “American Surfaces” figured in a retrospective of Shore’s work that traveled in Europe from 2014 to 2016 and opened at MoMA in 2017. 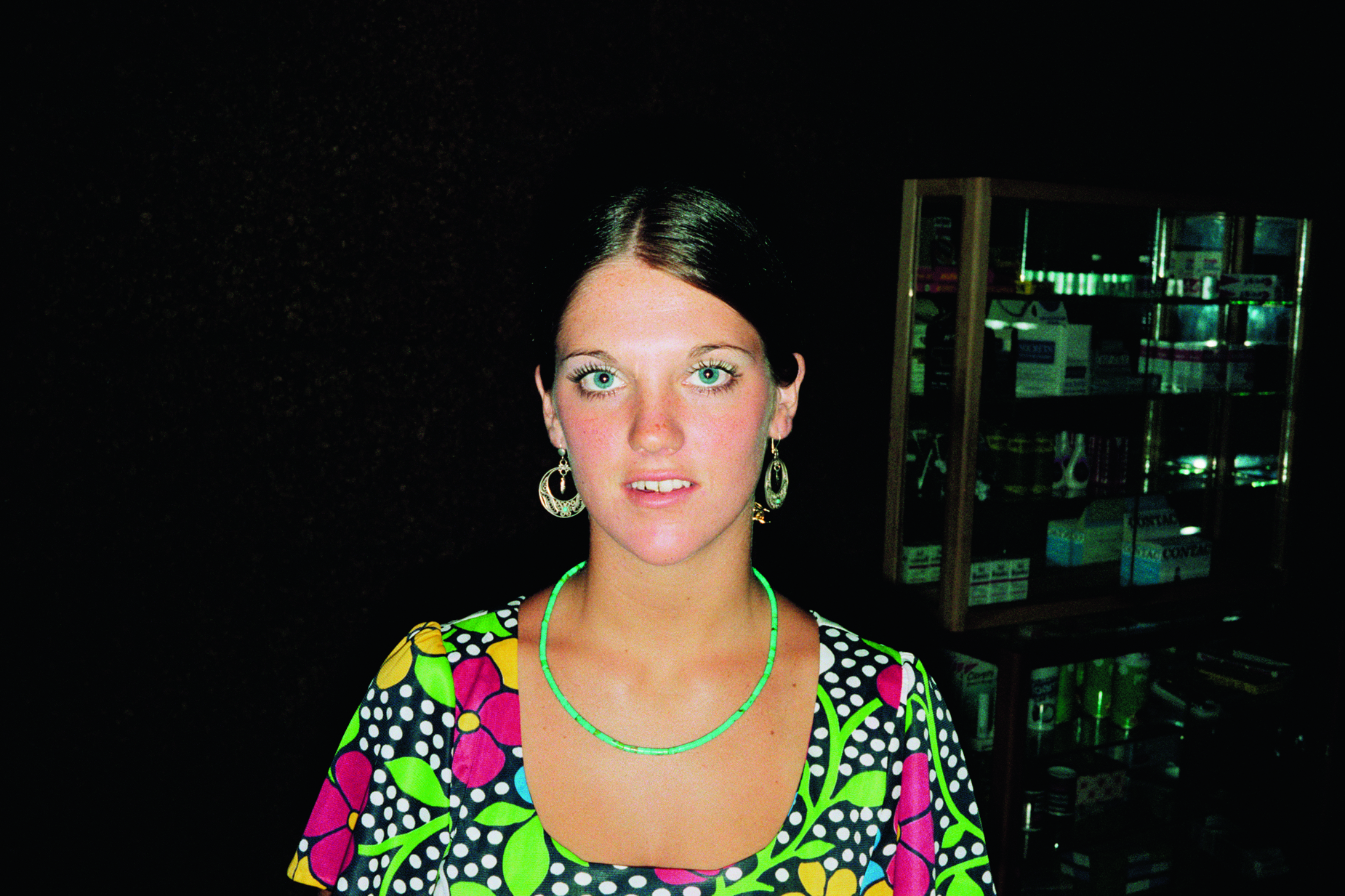 Shore’s freewheeling photographs effortlessly captured the spirit of people and places.
“American Surfaces” comprises images of people Shore encountered in his journey, vast and empty roadways, idiosyncratic window displays, meals atop tables, and more. Shore turned his camera on scenes that at first glance may seem mundane. After perusing the whole series, however, his snapshots reveal a well-rounded and intimate portrait of his trip across many miles. But these are pictures without a sense of romanticism that often accompanies travels across America: Shore did not shy away from producing images of dirty sheets, toilets, and drab bedrooms alongside his photographs of diners, streets, and strangers. 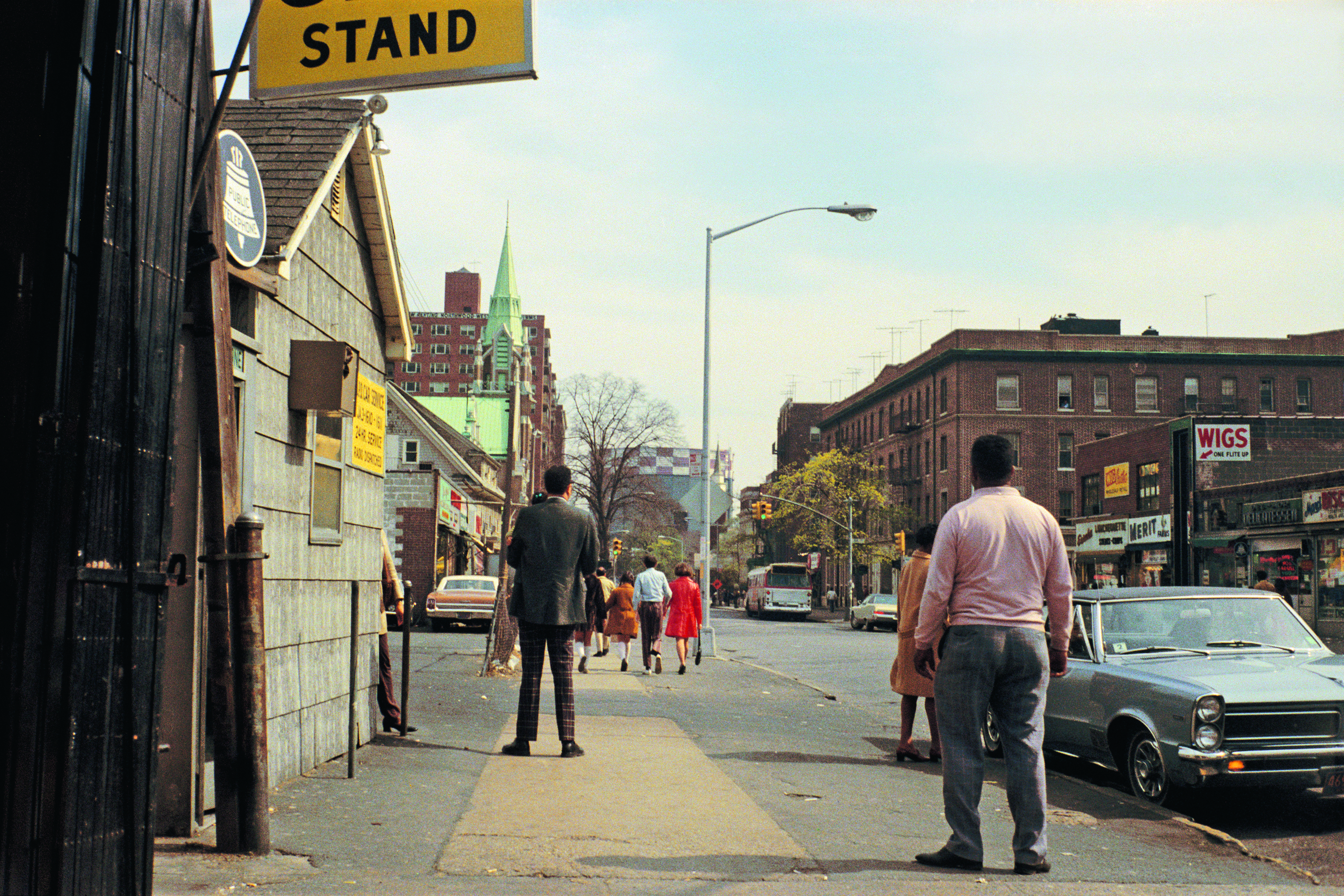 “American Surfaces” has found a new resonance in the Instagram age.
These days, “American Surfaces” recalls the way that a younger generation uses social media to frequently document its experience of the world. Shore himself is an Instagram user, and he shares photos of nature, animals, screens, and more with some 182,000 followers. While he officially completed the “American Surfaces” series in 1973, his photographs’ impact can still be felt just about everywhere.