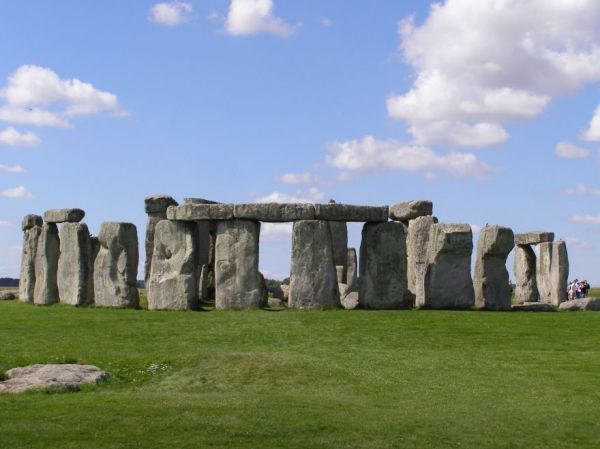 Researchers have found an ancient henge in the Preseli Hills of west Wales which is missing some stones that line up with the dimensions of the bluestones of Stonehenge. The newly-discovered henge, called Waun Mawn, is rather close to the quarry from which the bluestones were unearthed. It appears that the residents built a henge from local rock, then for some reason up and moved to what is now Salisbury, and took their massive stones with them.

At 360 feet (110 meters) wide, both Waun Mawn and the ditch surrounding Stonehenge have similar diameters, and both monuments were oriented to align with the midsummer solstice sunrise, according to the research. What’s more, a bluestone from Stonehenge features a distinctive cross-section that nicely matches an empty stonehole found at Waun Mawn. Rock chips found in the same hole were also found to match those found at Stonehenge.

The discovery also helps to explain some unanswered questions about the people who lived in west Wales at the time. Preseli Hills was an important and densely populated region in Neolithic Britain, but evidence of these people from 2000 to 3000 BCE is practically non-existent. It’s “as if they just vanished,” said Pearson in the statement, adding that these people possibly migrated, “taking their stones—their ancestral identities—with them.”

The next question is why they moved. Taking the stones meant it was clearly a permanent migration. Read about the research and how the connection between Waun Mawn and Stonehenge was made at Gizmodo.