Redditor PladBaer, husband to a woman who was recently fired from her job as a store manager for a beauty supply chain, turned to the Antiwork community to share her story. “My wife got terminated at 1:00pm Central daylight time. They claimed that she was stealing time when she corrected her and her employees’ missed time clock punches.”

According to the author, his wife was a model employee who had not only “successfully taken bottom 10 stores and made them number one” but also “has never taken a vacation, has run multiple stores at once as a direct manager, and has trained probably the better part of 65% of the retail employees in this region of the country.”

So imagine the shock when one day, the company received an anonymous tip about her ill behavior. Not only was she stealing time, according to the complaint, it was also mentioned that some of the employees were “hooking up and spending time in the back room.”

After the company took these accusations seriously, little did it know how it would resonate with the entire team. Scroll down for the full story below.

After receiving an anonymous tip about the model manager stealing time, this company fired her, causing a tremendous stir in the entire team 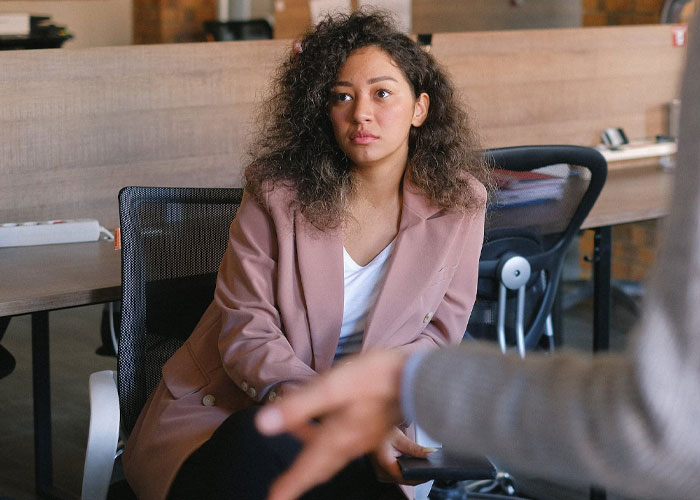 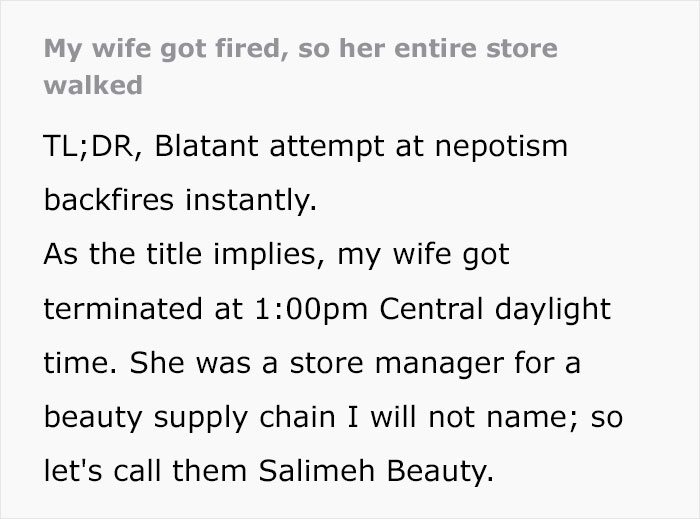 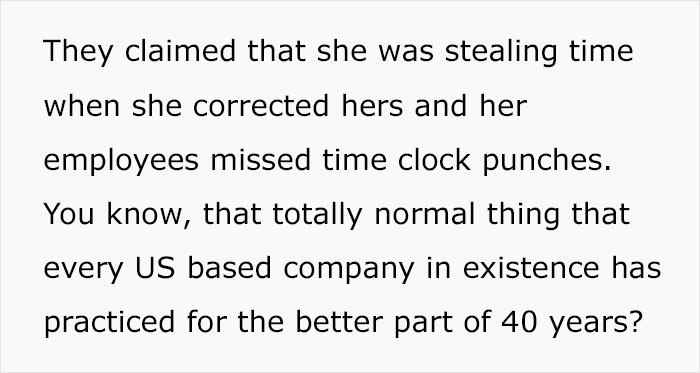 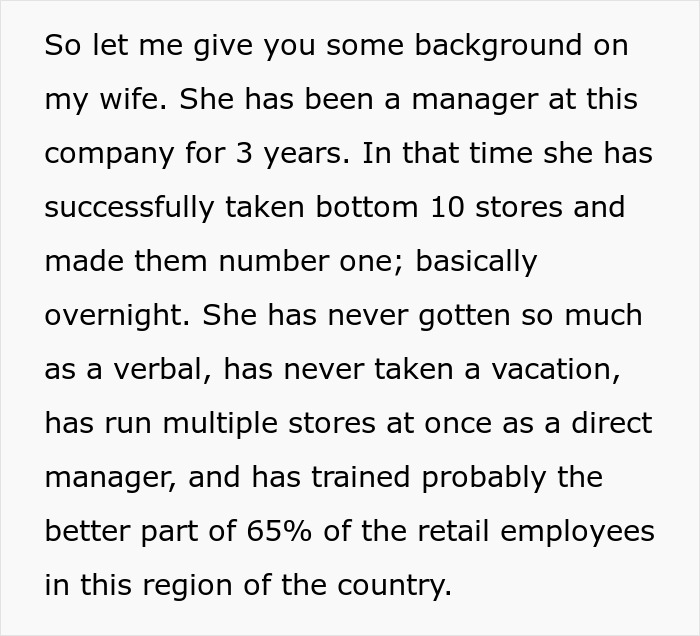 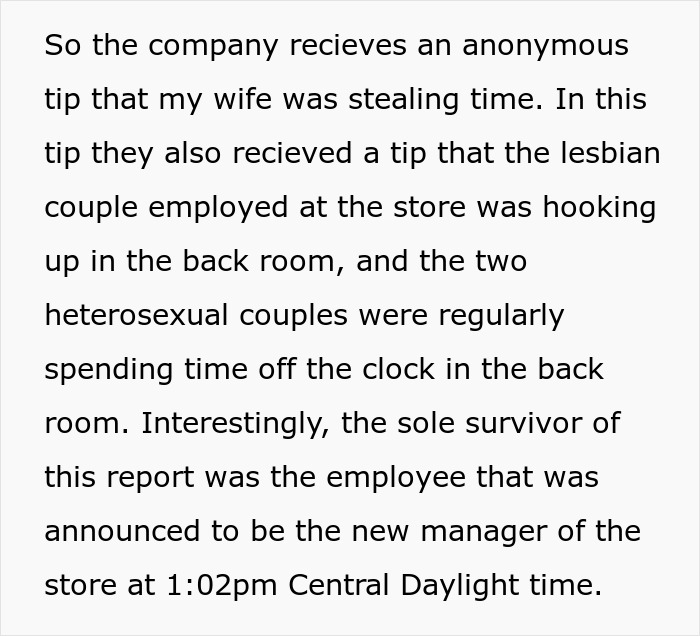 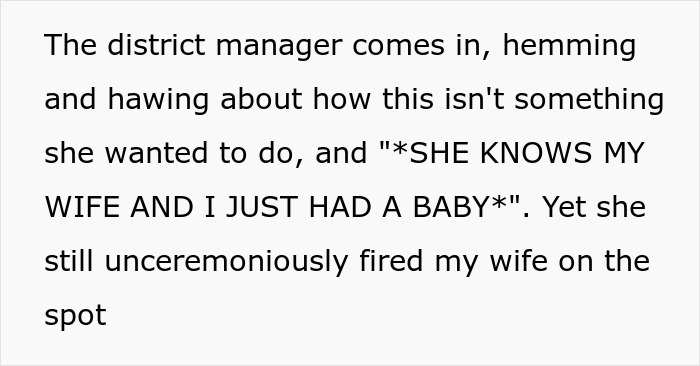 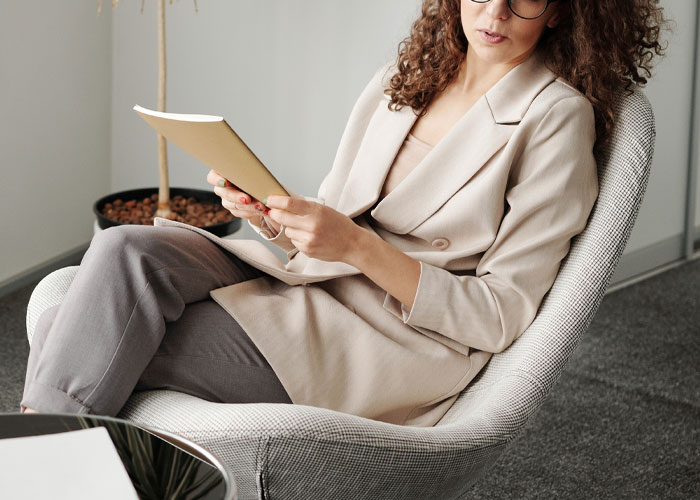 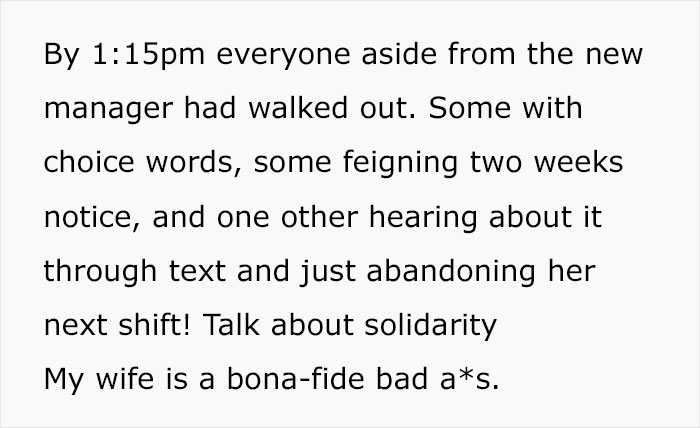 Later, the author of the post added an update from his wife who was fired where she shared more details and her own thoughts about the whole situation 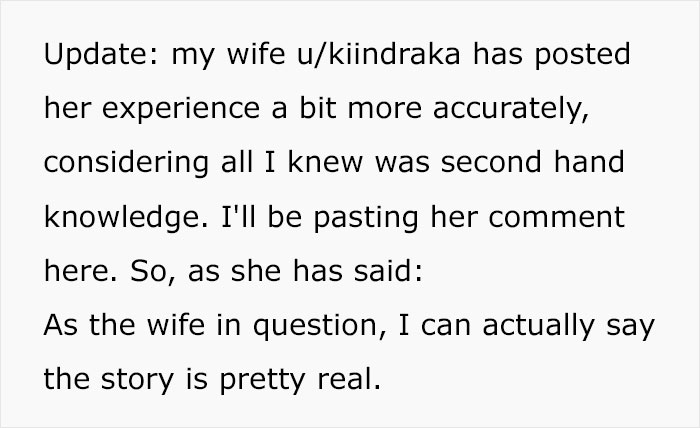 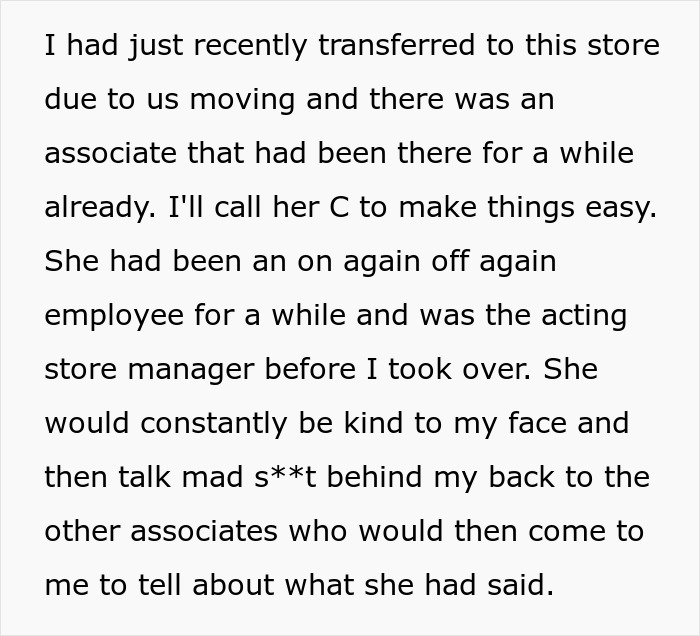 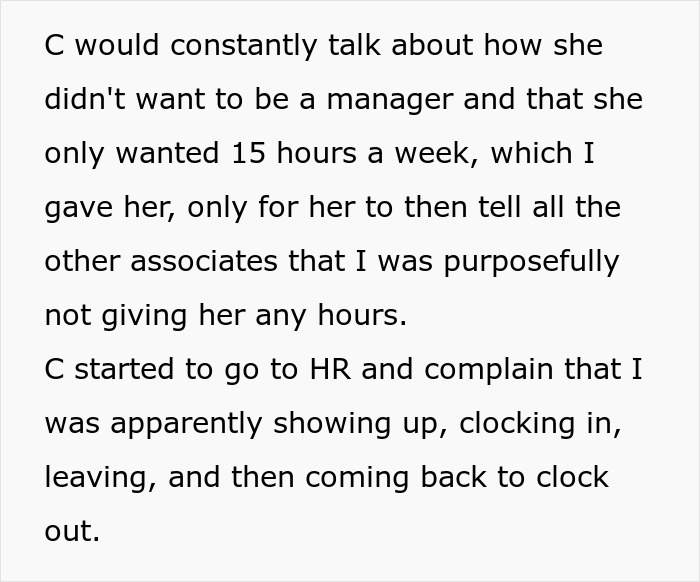 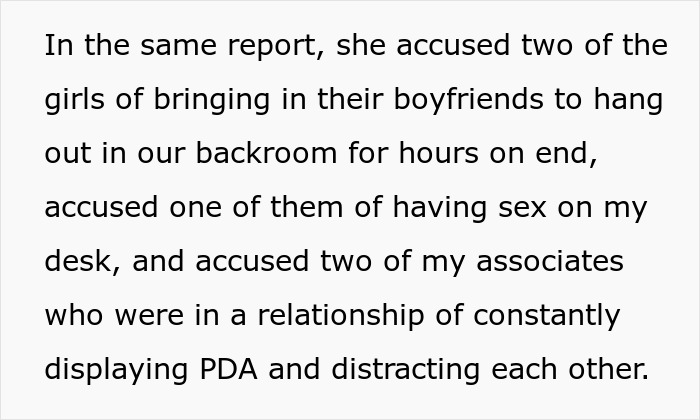 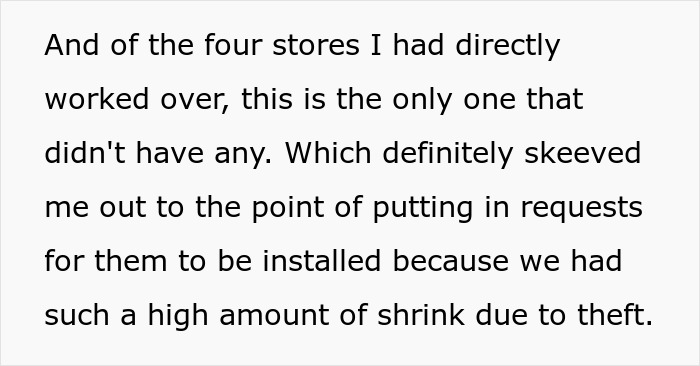 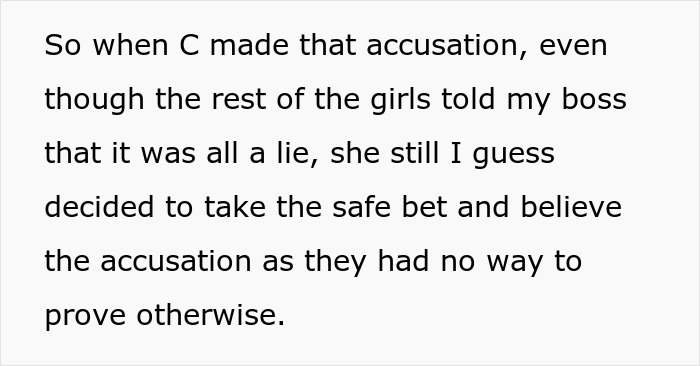 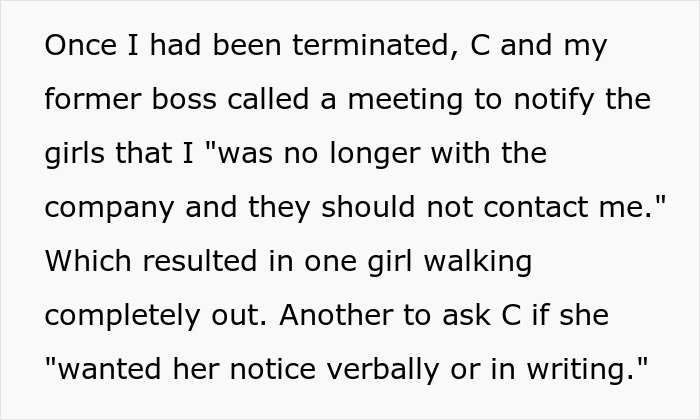 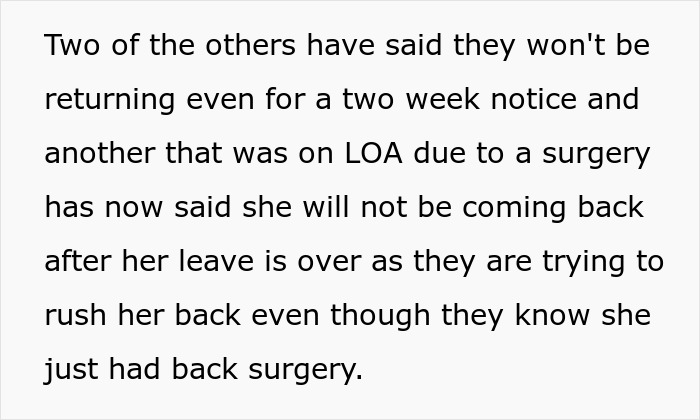 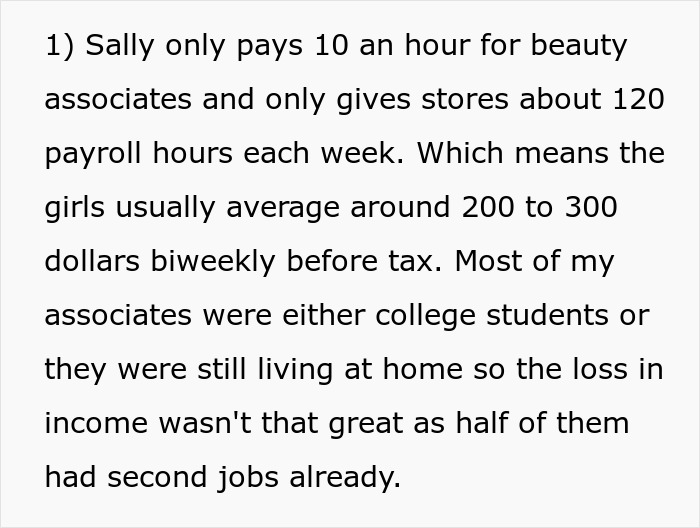 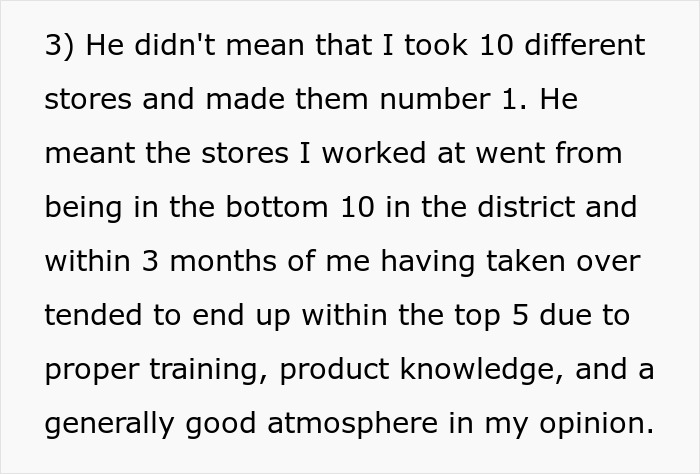 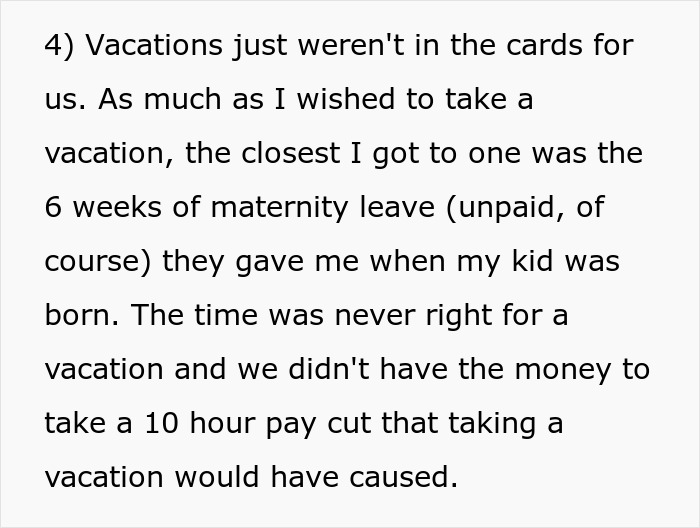 And this is what people commented about this incident 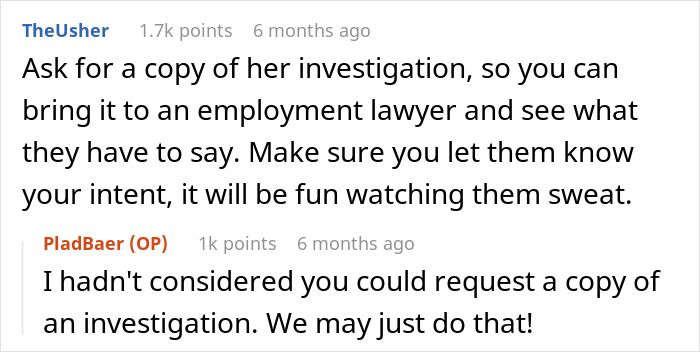 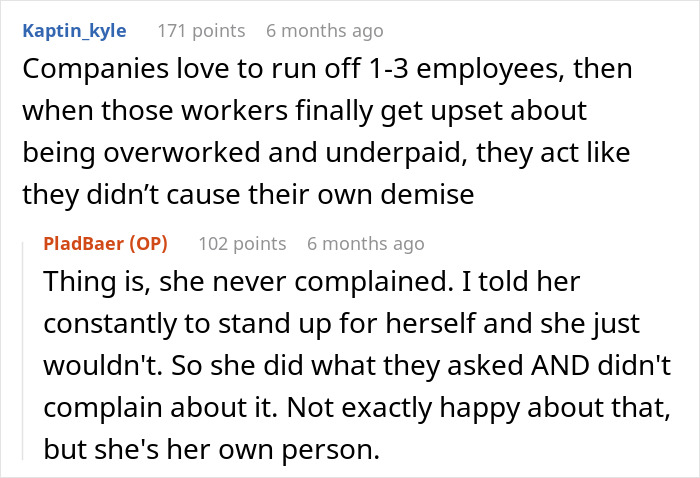 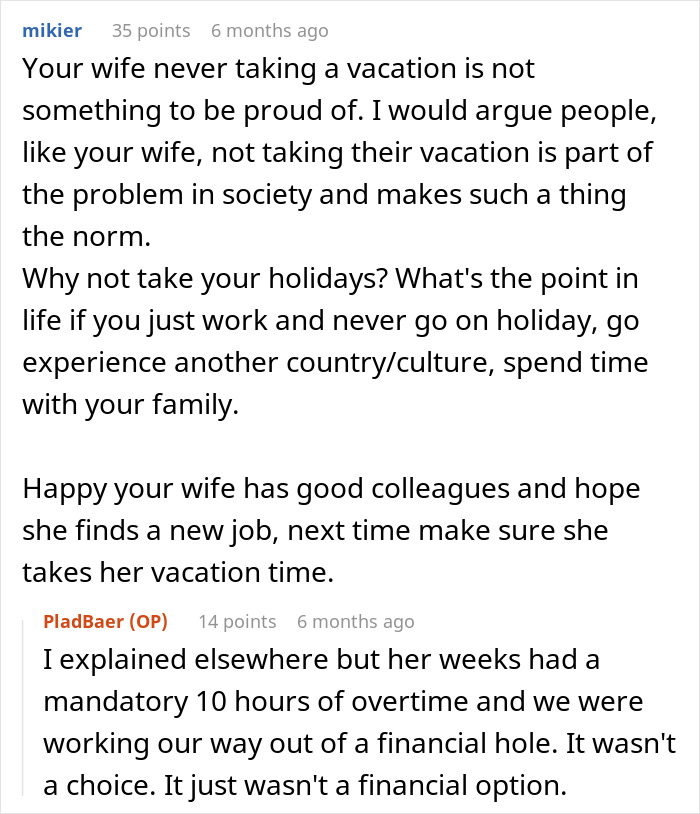 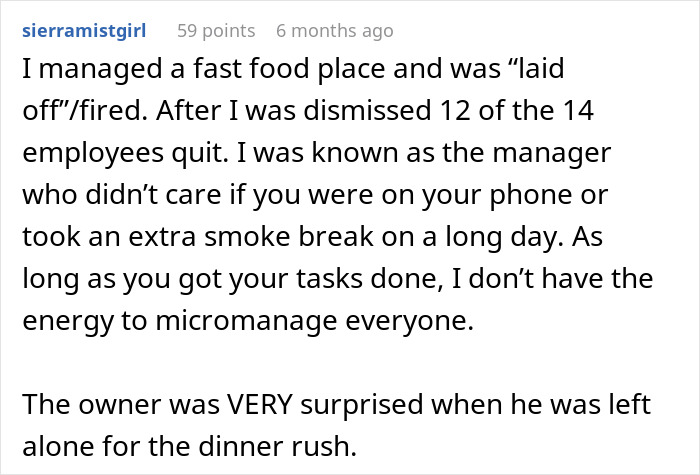 The post Store Manager Gets Fired For False Accusations, The Entire Team Walks Out first appeared on Bored Panda.