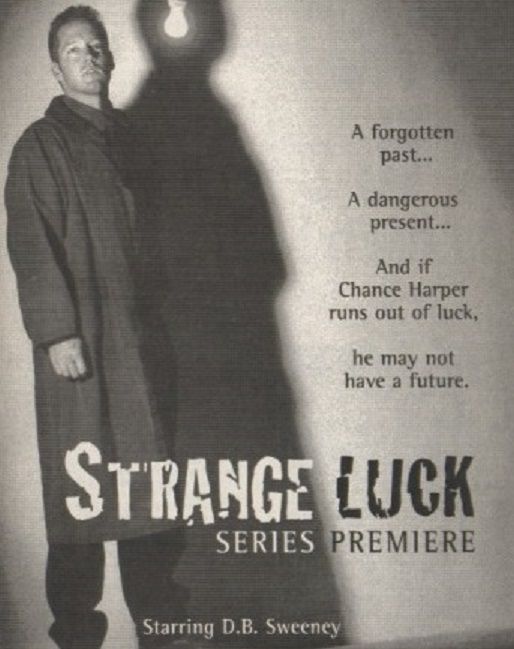 When Fox was a newcomer to broadcast TV, their management threw anything and everything at the programming wall to see what would stick. Sometimes they were successful (The X-Files), sometimes they weren’t (VR), and sometimes they should have been (Strange Luck). The latter was actually one of my favorite programs at the time, but, true to the WTM Curse, it lasted just the one season. From the IMDb:

Having survived a plane crash as a child in which all aboard, including his mother, perished, Chance Harper’s every decision leads to incredible displays of luck, both good and bad. Chance tries to cope with the everyday results of his ‘luck’ with the help of his close circle of friends and the hope that someday he will find his long-lost brother, mysteriously taken away from his family shortly before the fatal accident.

One of the few shows of the 90’s I really loved. Quirky,eccentric and difficult to classify,”Strange luck” followed the adventures of freelance photographer Chance Harper,who is afflicted/blessed with,well,strange luck,which leads him into all sorts of odd and at times dangerous situations. A lot of the charm of the series was thanks to D.B.Sweeney, a low key and enormously likable actor, who breathes life into the slightly seedy, lovable Chance, denizen of one of TV’s weirdest rundown apartments and eternal wearer of an ancient overcoat. Angie is Chance’s friend, a counter assistant at the second rate eatery where he hangs out. Probably too odd for popular success, Fox soon pulled the plug on Chance and his overcoat. Should become a cult show.

I thought the series was great, myself, and I remember a scene in one episode where Chance and a companion need hundreds of dollars for some purpose but have only a few between them. What to do? Chance takes the few bucks they have, buys a lottery ticket, and upon scratchoff it is revealed to be a $1000 winner. Easy peasy.

Fox did make a big mistake here, and it won’t be their last. Below are embedded several of the episodes available on YouTube. There were no reruns or syndication, so I don’t recall any specifics. These were just selected at random. 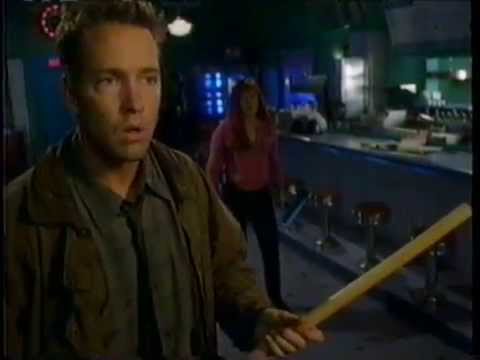