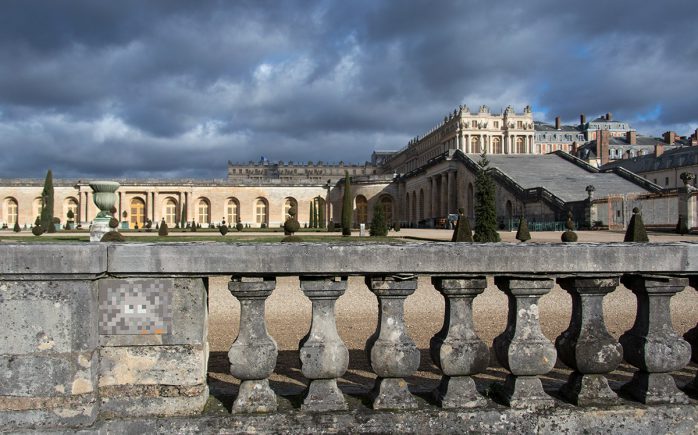 French artist Invader recently unveiled an ambitious project he has been secretly working on for two years now at the historic Palace of Versailles. The anonymous street artist has placed about 40 of his infamous tiled works around the city, with some that look to be hidden in plain sight on the grounds itself. If you follow him on Instagram, you will see he based the works on various artworks, motifs, and attractions (ie: the Hall of Mirrors and Sun King symbol) associated with the national landmark.

He explains – “Two years of work and 12 waves of invasion were necessary to invade the city of Versailles. My main idea was to offer an alternative to the visit of the castle and to the major exhibitions of contemporary art which are regularly organized there. The end of this invasion coincides with the opening of a new group show entitled Visible / Invisible! And even if I’m not part of the official program, it could not be better since about 40 space invaders are now hidden in the city of Versailles.”