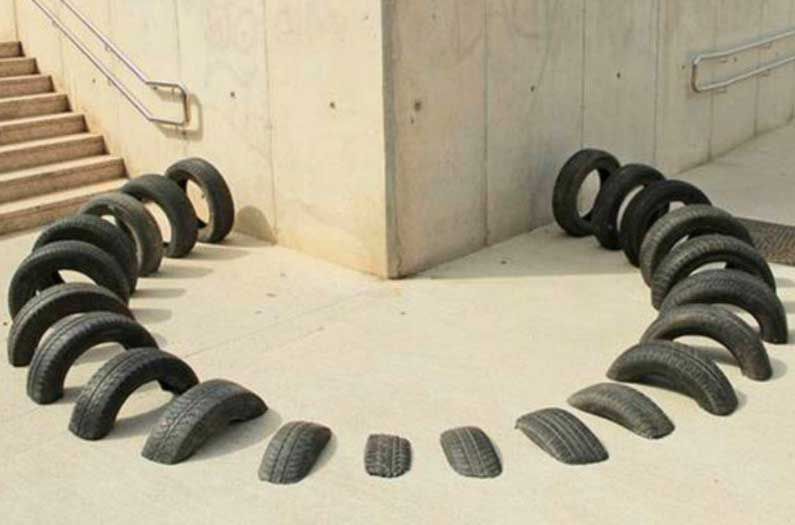 Talk about reusing trash items, right? Researchers have discovered a way to convert discarded tires into a strengthening material for concrete. The rubber from tires was turned into nanomaterial graphene, a strong carbon that can make concrete tougher and more sustainable. Anthropocene Magazine has the details:

The team from Rice University and C-Crete Technologies in Stafford, TX decided to convert waste tires into graphene, which has been shown before to strengthen concrete.

They used a graphene-production technique developed at Rice called flash heating, which involves superheating carbon sources such as food waste or plastic with a jolt of electricity. The process removes everything else besides carbon atoms, which rearrange into graphene flakes.

The team found that rubber is harder to turn into graphene. So they used the black waste material that is leftover after tires have gone through a recycling process to extract oil. They could convert about 70 percent of this carbon black residue into graphene with flash heating.

Next, they added tiny amounts of this graphene to Portland cement and used it to make concrete cylinders. After seven days of curing, tests showed that the graphene-infused cylinders were 30 percent stronger than regular concrete.

Flash heating is an easy and inexpensive way to produce graphene from rubber tire waste that would otherwise be burned for fuel or disposed in landfills, the researchers write in the paper,