Imagine a supervisor who continually refuses to give your vacation time in favor of their workplace cliques. So you end up having zero time off in two years. While ‘I can’t even’ just by typing this, for one Redditor who worked in a disability shared accommodation agency this was a reality.

As if his job wasn’t hard enough already, “one of the Clique members ‘Karen’ was appointed acting supervisor and it went to hell,” the former employee wrote in a post on r/ProRevenge. Turns out, Karen wasted no time in giving her friends the best shifts and making their requests a priority. So every time the author would apply for leave, Karen would reject it “on the grounds that others had already submitted leave.”

Understandably, the author’s frustration grew: “This annoyed me as I have a family that I wanted to take on holiday.” But this all came to an end when the CEO himself intervened, asking his employee to take some time off. Read on for how this whole situation evolved and let me tell you, there’s some sweet revenge in the end. 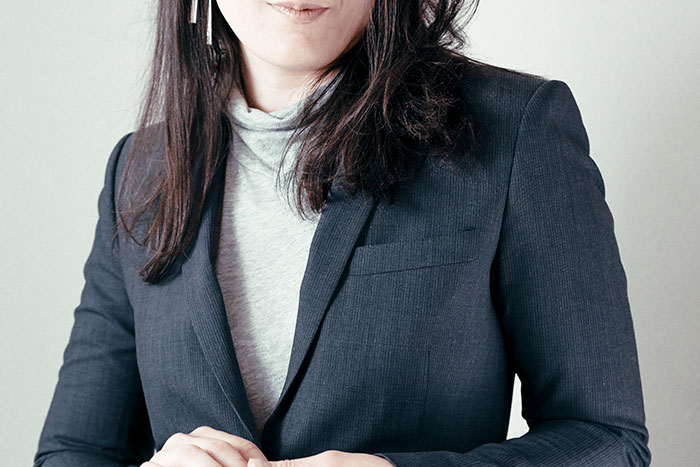 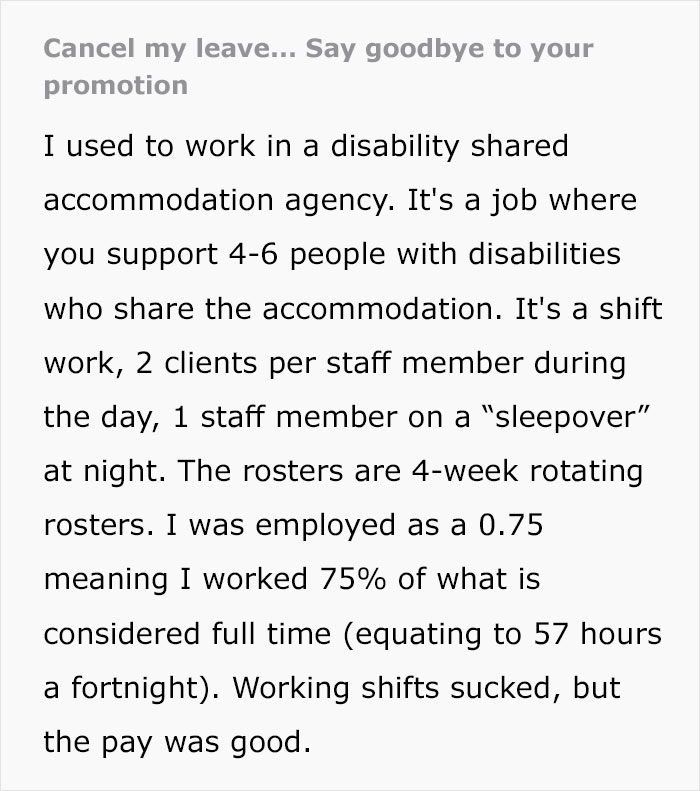 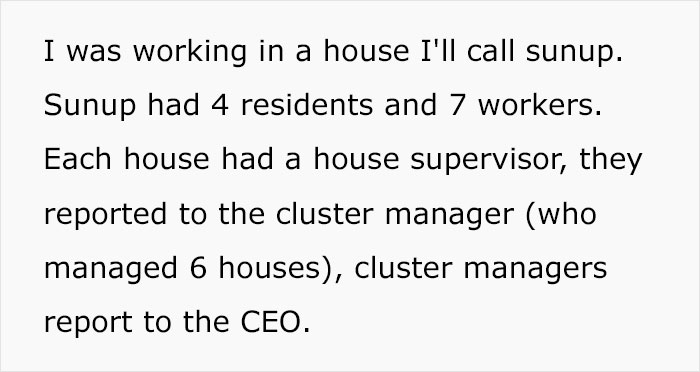 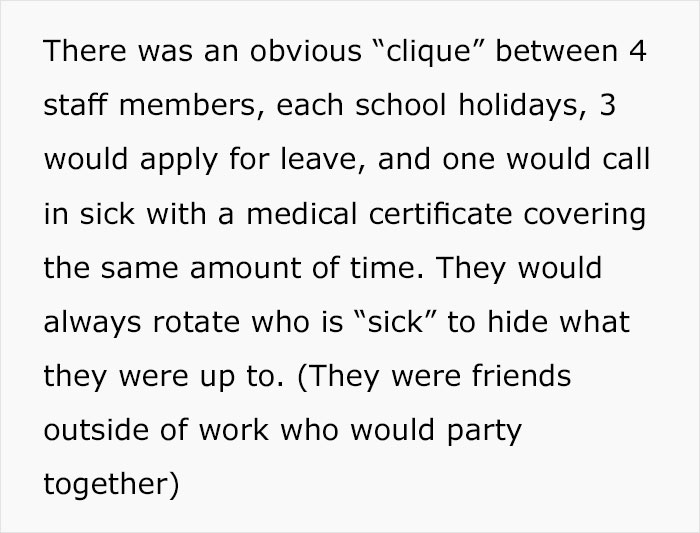 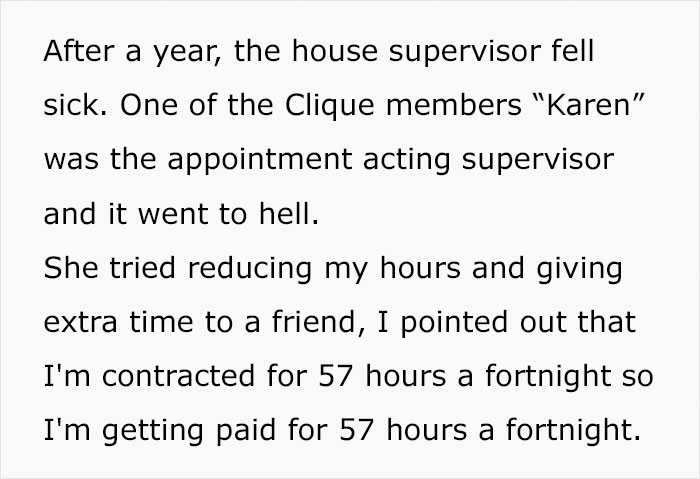 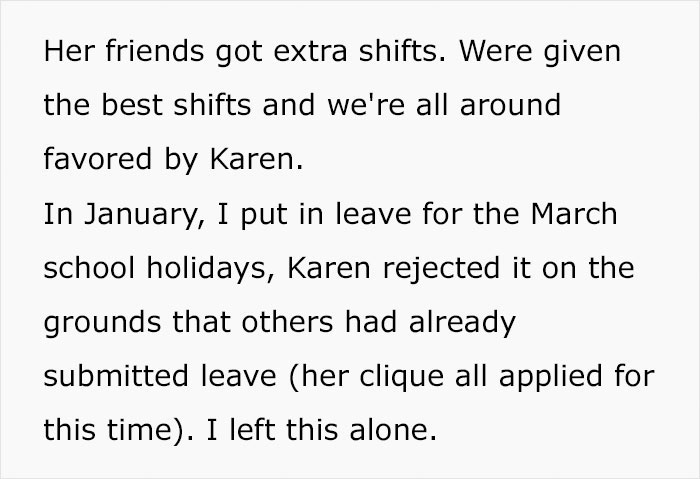 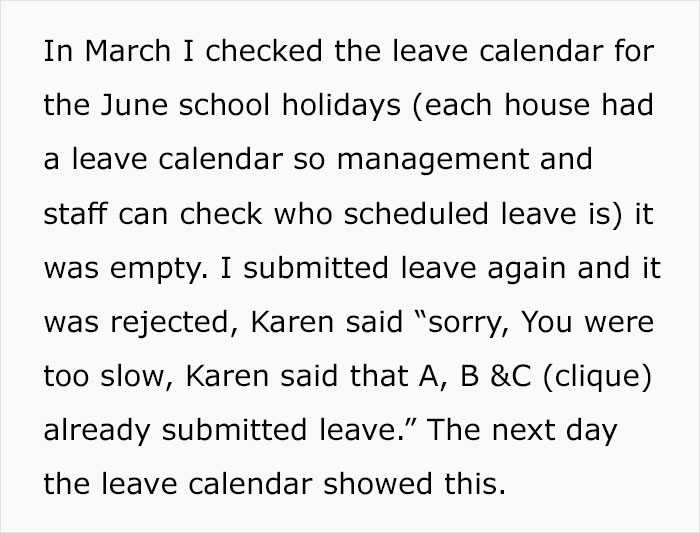 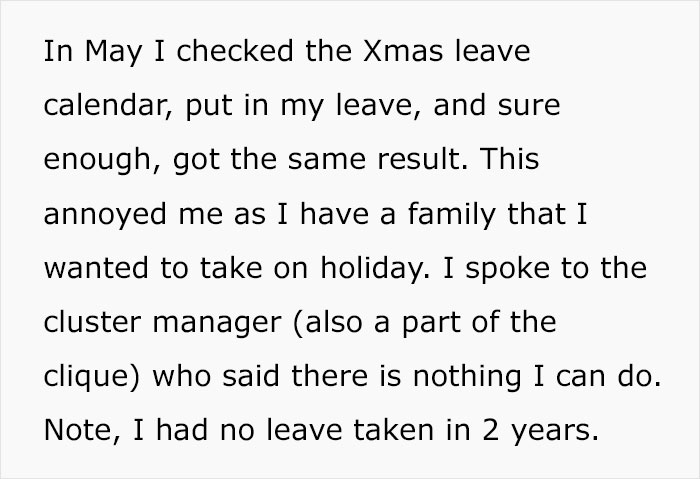 One shift, the CEO told the author he should take his earned leave time 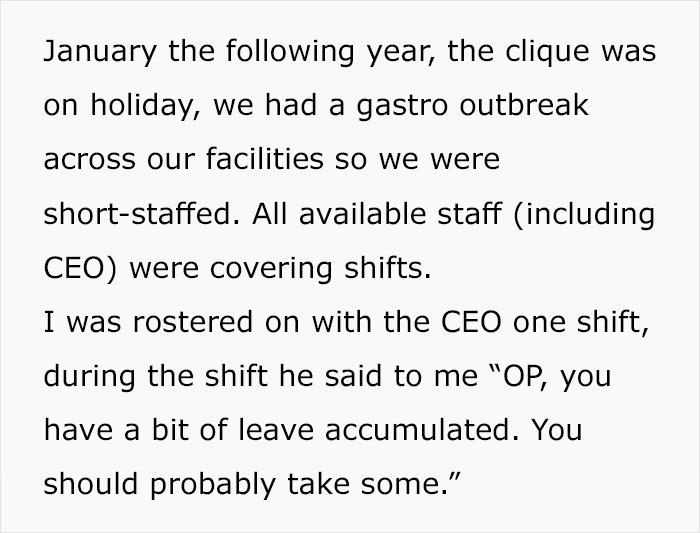 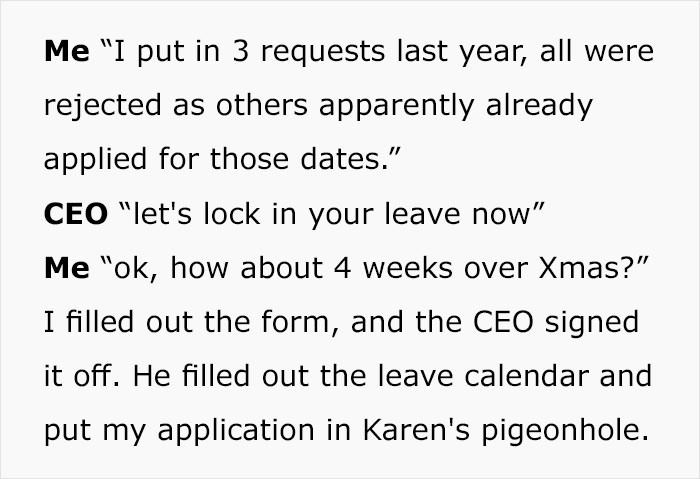 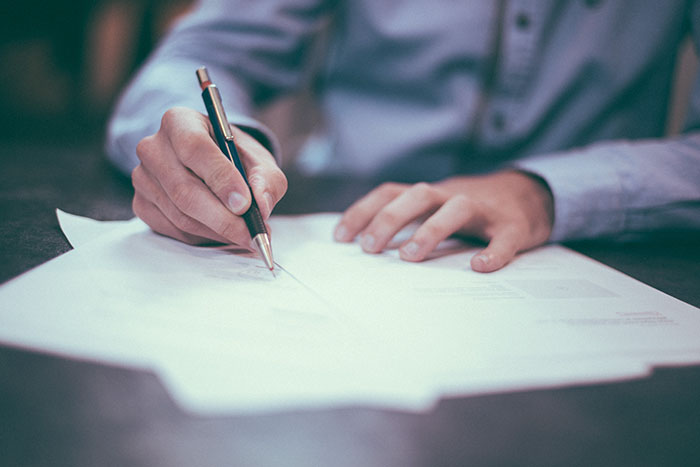 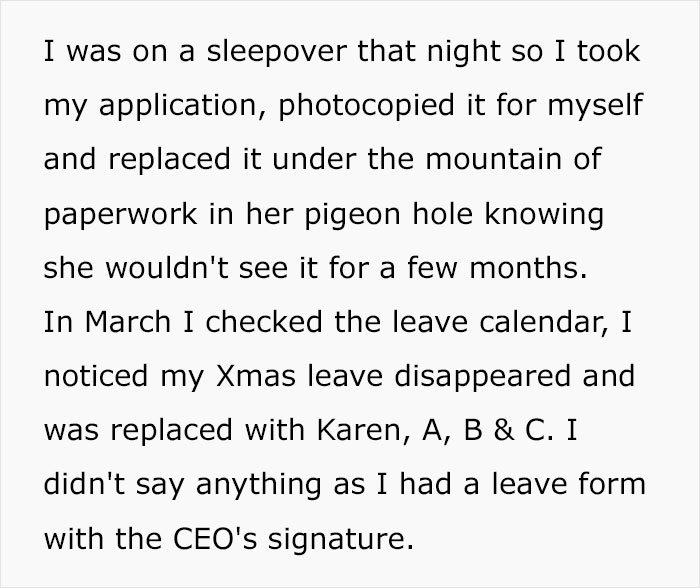 Fast forward to the author’s vacation, and he gets a call from a very confused supervisor Karen 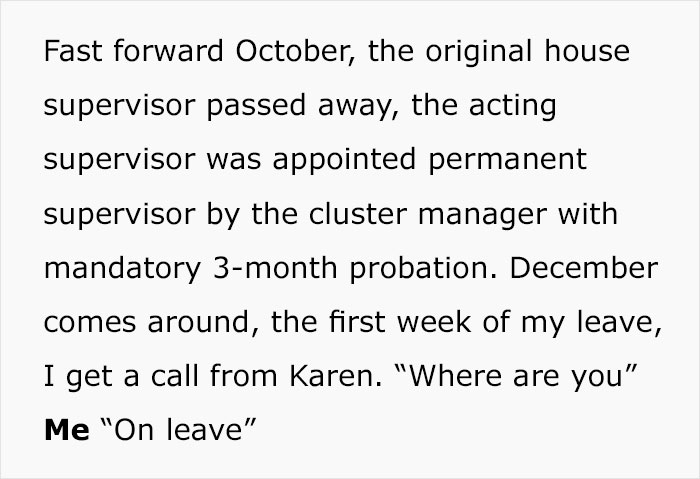 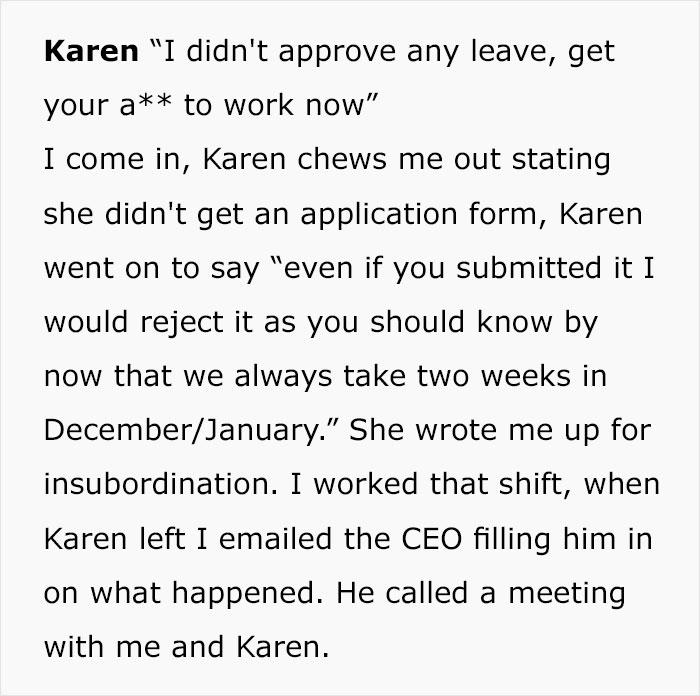 But when the CEO called a meeting with the author and Karen, her deeds became clear 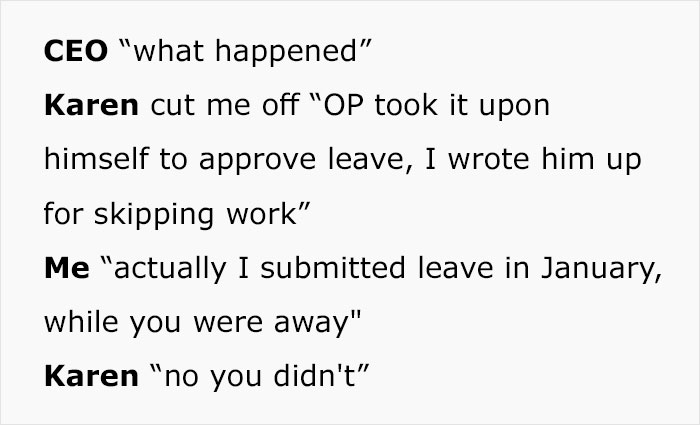 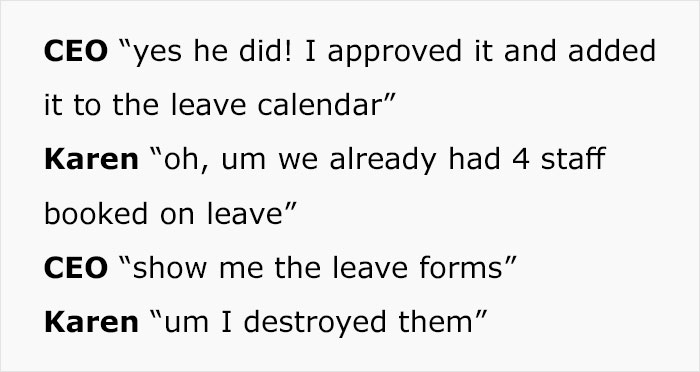 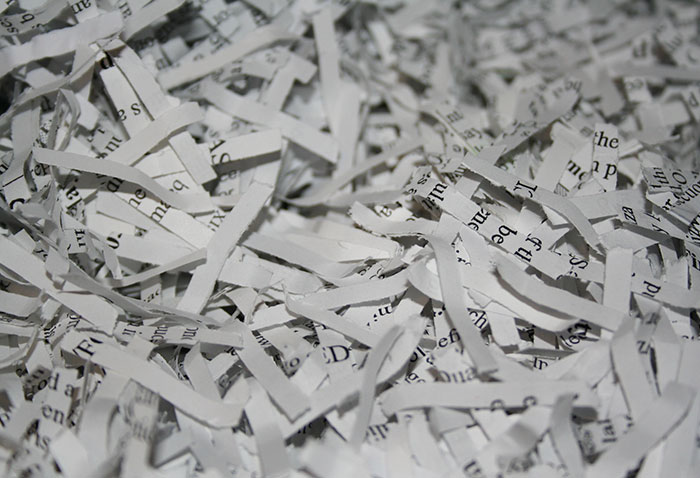 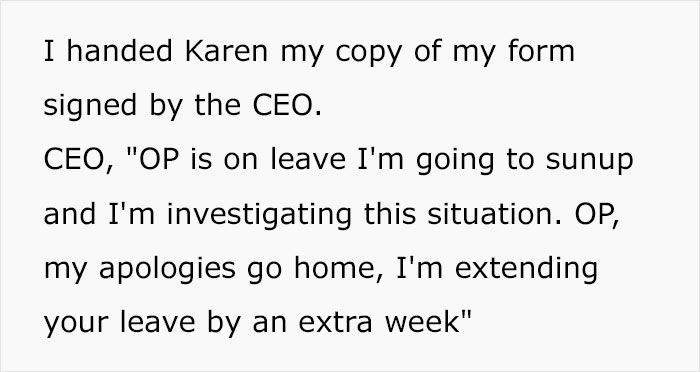 After the author came back to work, he found out that Karen lost her promotion 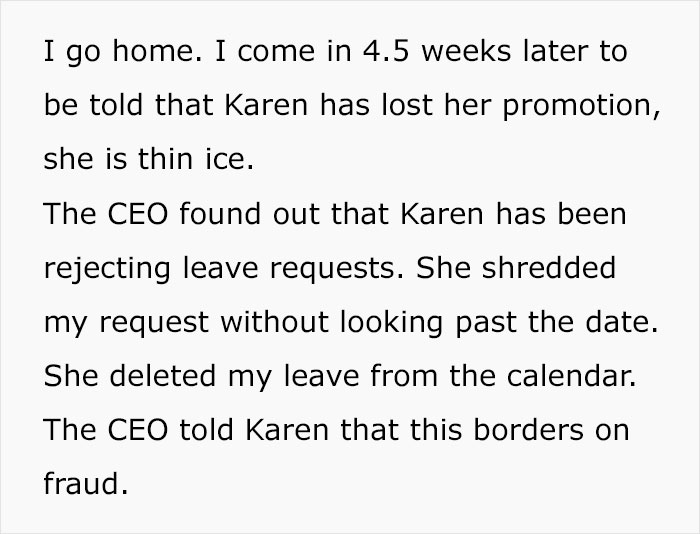 And the CEO made some solid changes in the workplace 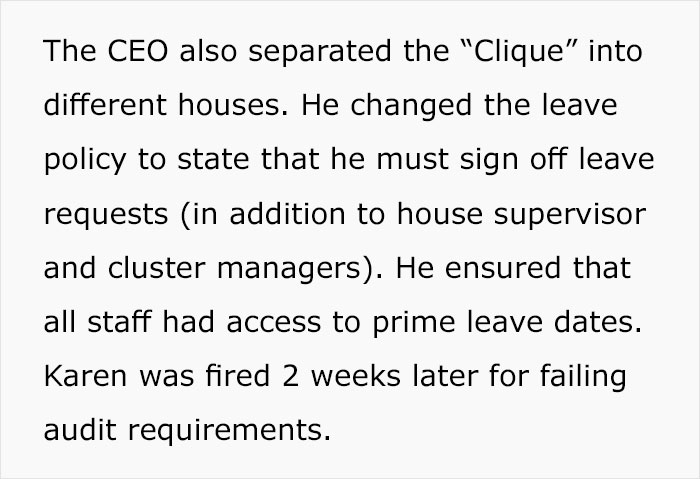 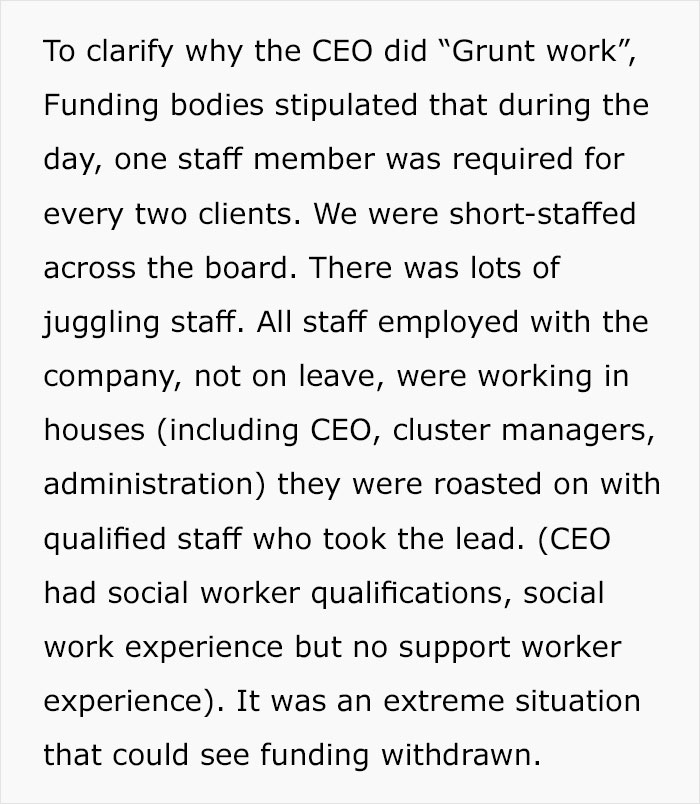 This is what people had to comment about this whole situation 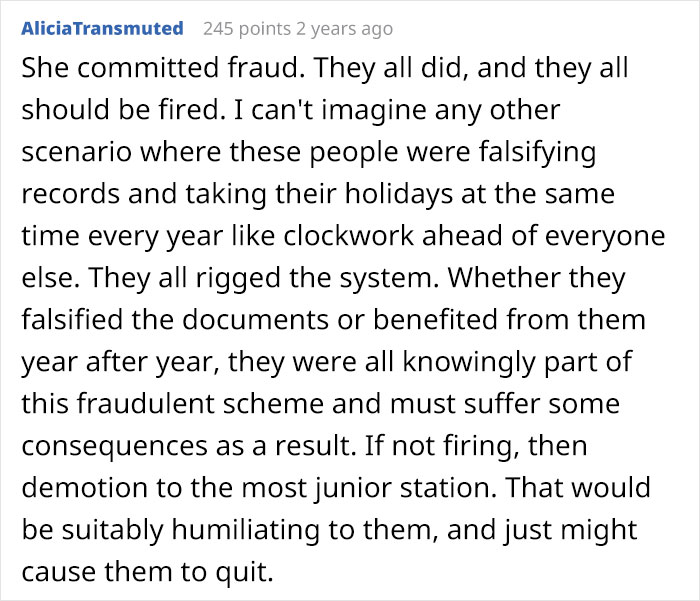 The post Supervisor Wouldn’t Let Her Employee Take His Vacation Time, CEO Steps In To Help Him Out first appeared on Bored Panda.