Owning a car and having a driver’s license has become as common as having a coffee in the morning. Most people you know have sat behind the wheel at least once in their lives; however, it remains one of the most dangerous modes of travel as well.

To cut back the potential for injury or death, car manufacturers have used test dummies, making the necessary changes based on findings to ensure the least amount of damage to the driver should an accident occur.

Shockingly, said test dummies were designed to represent how the average male body would react to a crash, ignoring the other half of the population and leading to far greater risks for women drivers. But now, we as a species are finally making strides towards inclusivity, all thanks to Dr. Astrid Linder and a team of Swedish engineers. Let’s get into the details! 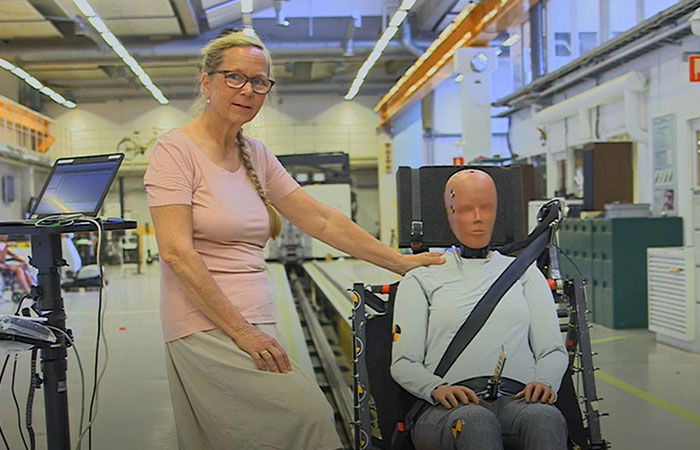 All we want is to be safe. That is one of the most important aspects of human life; we create and seek out all the means for keeping us as calm and secure as possible. However, we can’t foresee it all. We can’t control others. We can’t predict tragedies. So we trust that we’ll be protected one way or another.

Trust only gets you so far. A 2019 study by researchers at the University of Virginia’s Center for Applied Biomechanics concluded that belted female drivers have 73% greater odds of being seriously injured in a front-end collision compared to belted males.

Although many more men die each year in motor vehicle crashes, females are more likely than males to be killed or injured in crashes of equal severity. Data from the National Highway Traffic Safety Administration (NHTSA) in the US showed that a woman driver, or belted front passenger, is 17% more likely than a man to be killed in a car crash. 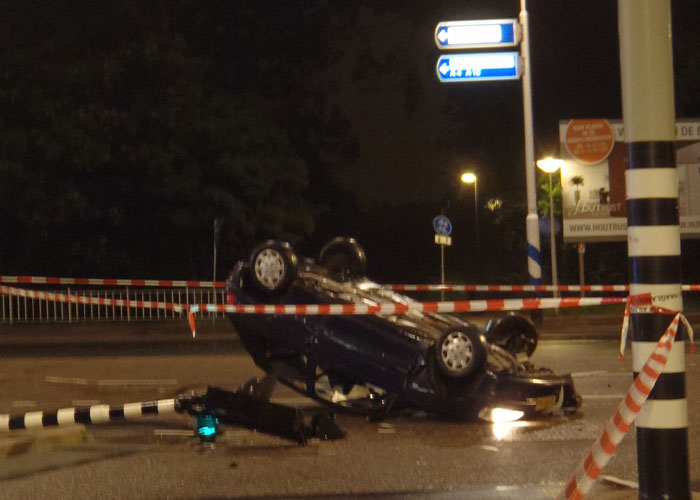 So what’s the deal? Why is it more risky to be a female driver than a male driver? It seems the main indicator is the difference in body composition. Ever since the first crash test dummies were introduced in the 1960s, car companies have only been required to test vehicle safety using crash dummies modeled after the average man.

“We obviously know a lot of ways that men and women are different bio-mechanically. These differences… have the potential to change the ways that seatbelts interact with the body and with our underlying skeletal structures,” explained Jason Forman, a biomechanics researcher at the University of Virginia.

Since the first development of crash test dummies in the 1960s, car companies have only been required to test vehicle safety on male-modeled crash dummies 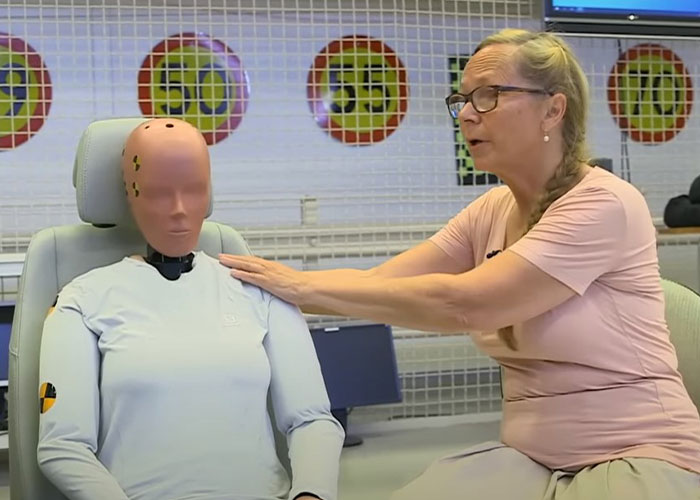 In addition to that, the female body is on average smaller and lighter than a male’s, with differences in muscle strength, the shape of the torso, hips and pelvis, as per the Smithsonian Magazine. All these factors affect the way bodies respond to crashes, especially when situated in vehicles that are not made to protect those bodies in the most effective way.

A case study of Maria Weston Kuhn, who joined the UN’s Global Youth Coalition for Road Safety, is a perfect example. After an unfortunate car crash, she pointed out that the seatbelt “was designed to stop a man’s forward momentum by catching his rigid hip bones. For me, it didn’t. It slid above my hips, pinned my intestine against my spine and ruptured it.”

A scaled-down version of a male dummy, at 4 feet 11 inches tall (150cm) and weighing 108 pounds (49kg), has typically been used to represent female drivers 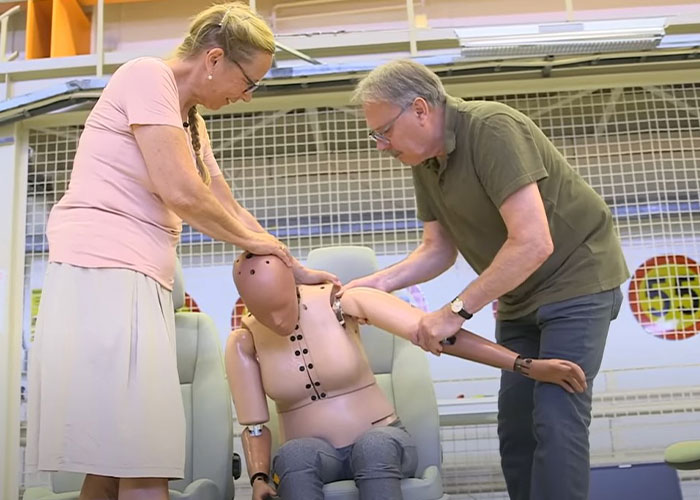 A scaled-down version of a male crash test dummy, at 4 feet 11 inches tall (150cm) and weighing 108 pounds (49kg), has typically been used to represent an average female body during crash tests by the National Highway Traffic Safety Administration. However, those measurements are more likely to be reflective of a 12-year-old girl, rather than a significant percentage of around 95% of adult women.

Now, Swedish researchers, led by Dr. Astrid Linder, have constructed a crash dummy that better represents the female body and its intricacies. The dummy is 5 feet 3 inches (160cm) tall and weighs about 137 pounds (62kg), which is just above the ideal BMI weight for women of that height. 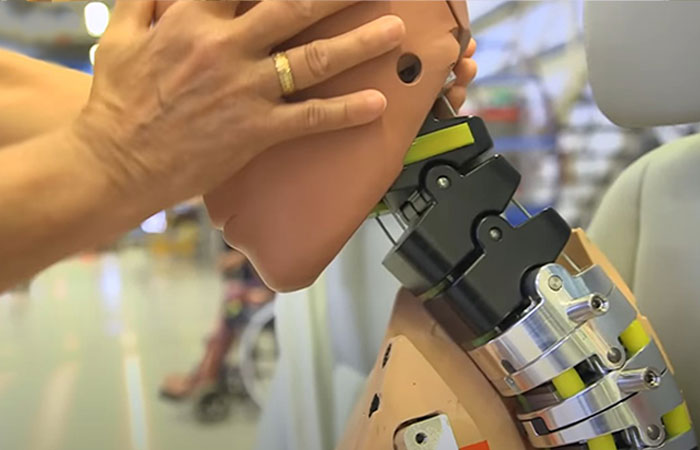 However, the main differences between the male crash dummies and this newly proposed female one is the shape of it. The team put emphasis on the shape of the chest, as well as giving the female-modeled dummy a lower joint stiffness than its male counterpart. “Females have less muscles and a lower total strength, which correspond to a lower stiffness between the joints,” Dr. Linder explained to NPR.

The dummy is then equipped with sensors and transducers to measure the force exerted on each part of the body during a car crash. Dr. Linder’s team have focused a great deal on low severity rear impact collision tests, as women are more likely to suffer from whiplash than men.

Dr Linder’s version of the dummy better represents the female body and its intricacies, being 5 feet 3 inches tall (160cm) and weighing about 137 pounds (62kg) 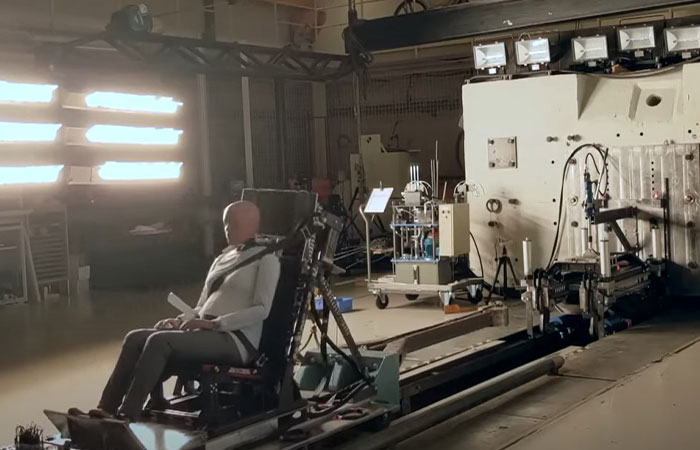 “We did a test with different seats, and there we found that you could get quite different performances of the different seats depending on if it was the male or the female that were in these seats,” Dr. Linder told NPR.

While car safety has advanced significantly over the past several decades, it “really hasn’t taken into account the differences between a male and a female,” Christopher O’Connor, CEO of the crash test dummy manufacturing company Humanetics, told the BBC News. This next step in including female dummies in vehicle safety testing may lead to “safer cars with safer airbags, with safer seat belts, with safer occupant compartments that allow for different sizes.”

Men and women are different biomechanically; the ways seatbelts work with the body, and how the muscles, bones, and joints handle crashes vary extensively 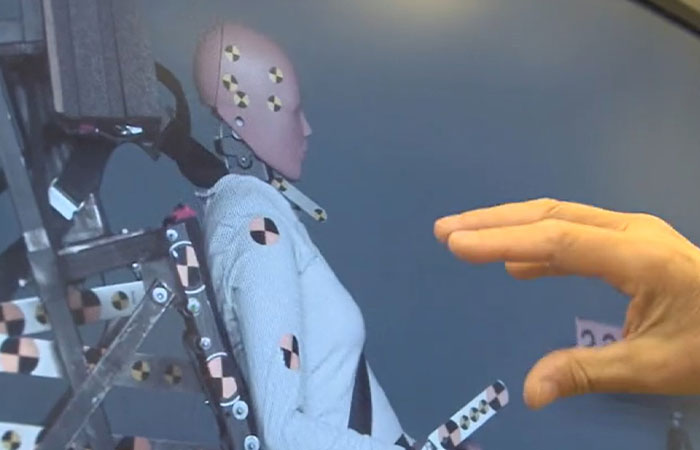 The only thing is: until a law is put in place that requires car manufacturers to test their vehicles on both male- and female-modeled crash dummies, they will not be required to do so, meaning that we’re essentially back where we started. Yet, that may not be too far from reality.

Last year, one team in the US House of Representatives introduced legislation to “improve the federal government’s vehicle safety testing practices, specifically those involving the use of crash test dummies,” per the statement.

“Women have achieved equality on the road when it comes to driving, but when it comes to safety testing to keep them safe while driving, they are nowhere near to achieving equality,” Congresswoman Eleanor Holmes Norton of Washington, D.C., said in the statement. “Crash test standards are so antiquated that we must update these standards now.”

Only when a law that requires the testing of vehicles on both male and female crash dummies is passed, will we be heading towards inclusive regulation 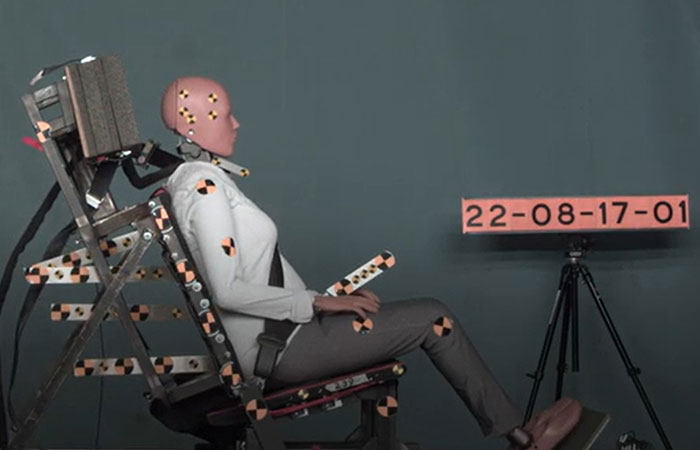 But the natural question is: Why has this taken so long? Over 60 years, really?! And, as Dr. Linder said, “we’re still not there yet!” Historically, driving has been associated with being a male activity, so it made sense to test for the majority of the population of drivers. Yet, times have changed. It’s 2022; it’s time to protect all drivers, especially those at the highest risk for injury.

“We know from injury statistics that if we look at low severity impacts, females are at higher risk. So, in order to ensure that you identify the seats that have the best protection for both parts of the population, we definitely need to have the part of the population at highest risk represented,” Dr. Linder told the BBC.

Dr. Linder hopes that the female-modeled dummies will contribute to the progression of the automotive industry and that “we will, within our lifetime, have an inclusive regulation and not exclusive regulation.” We definitely hope so too! Let us know your thoughts on this in the comments, and I shall bid you a good day and a good upcoming weekend!

People have sounded off online, very much supporting the initiative. Let us know your thoughts in the comments section below! 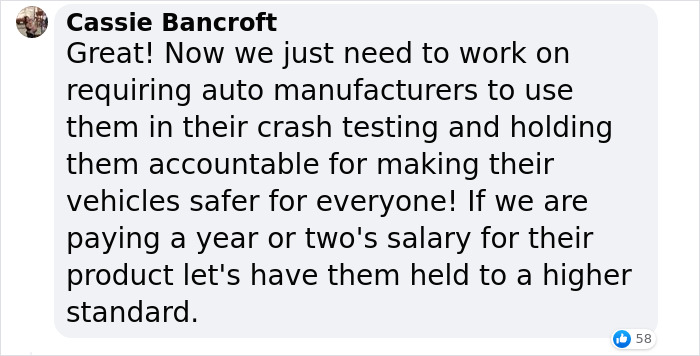