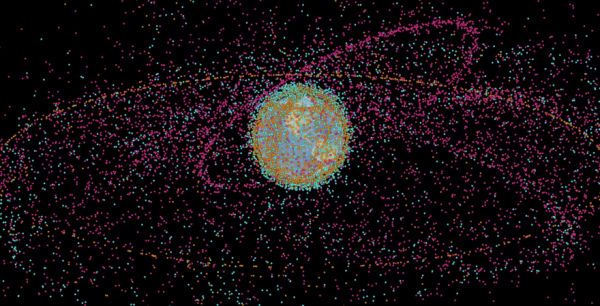 The more we go to space, the more trash we leave behind. There are 4,852 working satellites orbiting the earth, with ever more being launched as the cost of deploying them falls. They have to steer through more than 36,000 pieces of space junk more than 10 centimeters wide, and perhaps 100,000 smaller objects in orbit. The company Privateer, founded by professor Moriba Jah, engineer Alex Fielding, and Apple founder Steve Wozniak, aims to do something about it. They’ve developed a product called Wayfinder with which anyone can monitor space debris. Their other idea for helping with the problem is …to launch more satellites. This may seem counterintuitive, to say the least. These new satellites are expected to act as traffic cops, helping working satellites and manned missions avoid collisions, and they also hope to reduce the number of new satellite launches by allowing other companies to use their satellites instead of launching their own. Does it make sense? Read about the problem and the project at Inverse.  -via Damn Interesting