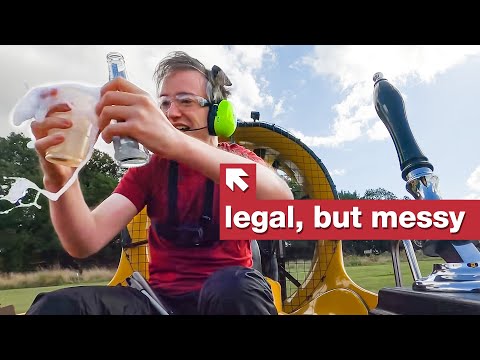 The way laws are written often include some carveouts and exceptions, which we just call loopholes. Tom Scott takes advantage of a loophole in British liquor laws to open a working bar in a moving hovercraft. While this stunt is hilarious (imagine mixing drinks in a moving open air vehicle), he eventually explains the reason the law was written the way it is.  -via reddit