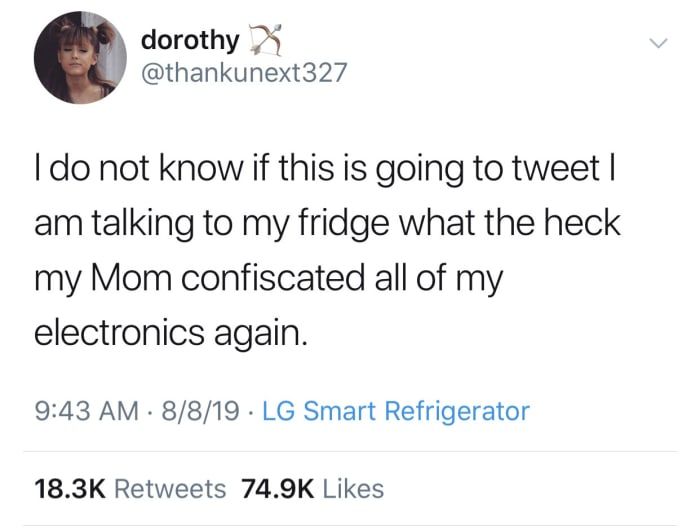 Twitter user @thankunext327 went viral for her tweets from her smart fridge. It started as the user’s cry of protests after her mom took her phone away, making her unable  to tweet. From there, she started tweeting from various (and quite unique devices) from her home : her 3DS, and Wii.

But her mother had the upper hand, apparently, and made her resort to tweet via voice dictation from her “LG Smart Refrigerator”:

This tweet of course (either via by the sheer hilarity of it or it piqued the interests of many), went viral – and even got her story featured on the news! But, as Buzzfeed’s Stephanie McNeal comments – her tweets might be fake:

But what these stories failed to note is that it is surprisingly easy to pretend to tweet from basically anywhere by creating your own Twitter source. A step-by-step guide posted by one Twitter user and this Reddit post lay out a “fridge” example.