Two days ago, a story shared by a mom to 18-year-old Matt on AITA went viral, igniting a discussion on whether or not she crossed the line.

The son named Matt had a complicated personality change at age 11, when the parents put him in private school. “Maybe the contact with other teenagers brought out a selfish and elitist side of him,” his mom, nicknamed TAMommaof3, explained. “We tried our best to try to improve it, but with the onset of adolescence and stubbornness, it just seemed to get worse,” she added.

This year, when the high of the pandemic was finally over, the family decided to go on an international trip and they took their nanny named May with them.

The tension in the family started when Matt found out his mom was going to get the nanny a first-class ticket, while he was told he’d have to pay for his upgrade to the economy seat he was bought. While at first, Matt took it as a joke, he soon realized this was an important lesson his mom prepared for him.

Recently, a mom shared how she took her nanny on a family trip and bought her a first-class ticket, while she got an economy ticket for her 18-year-old son 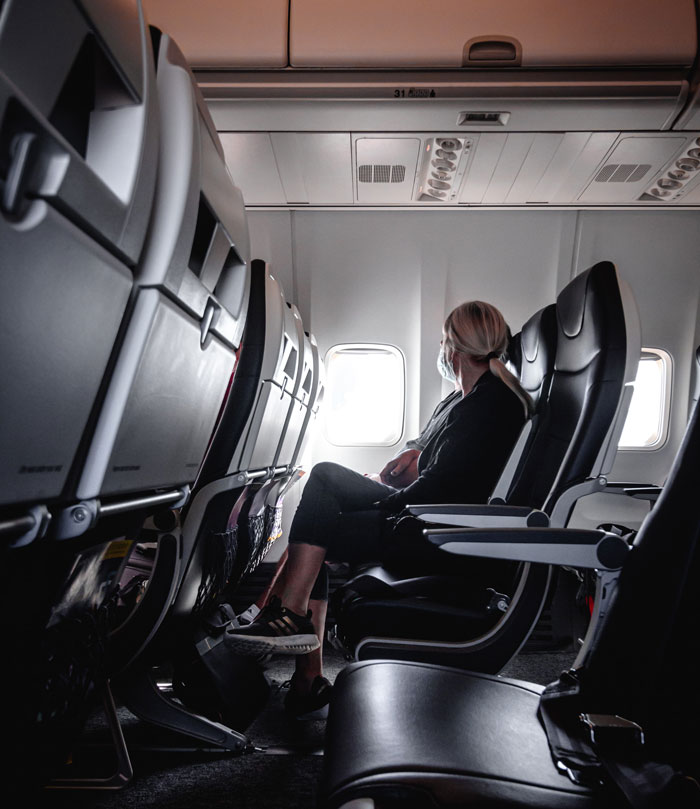 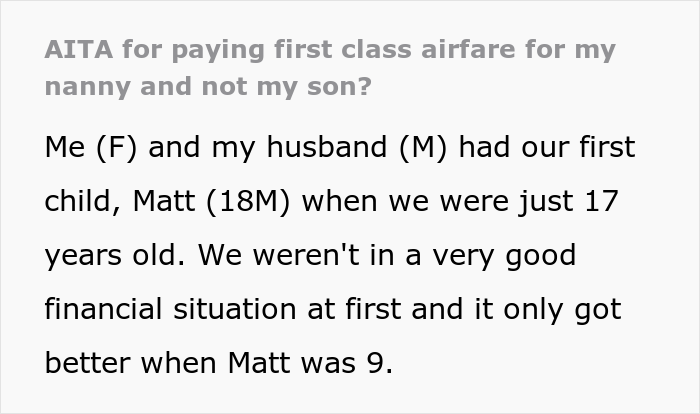 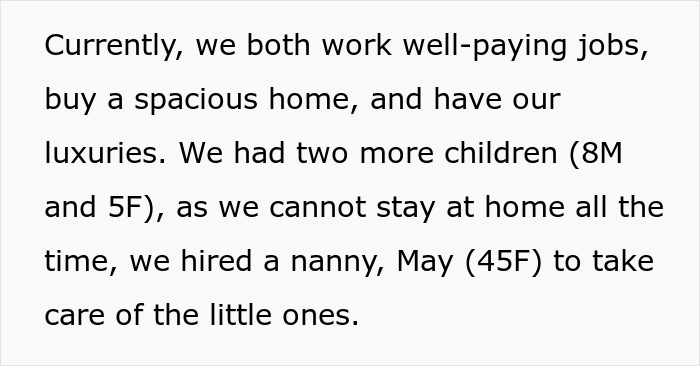 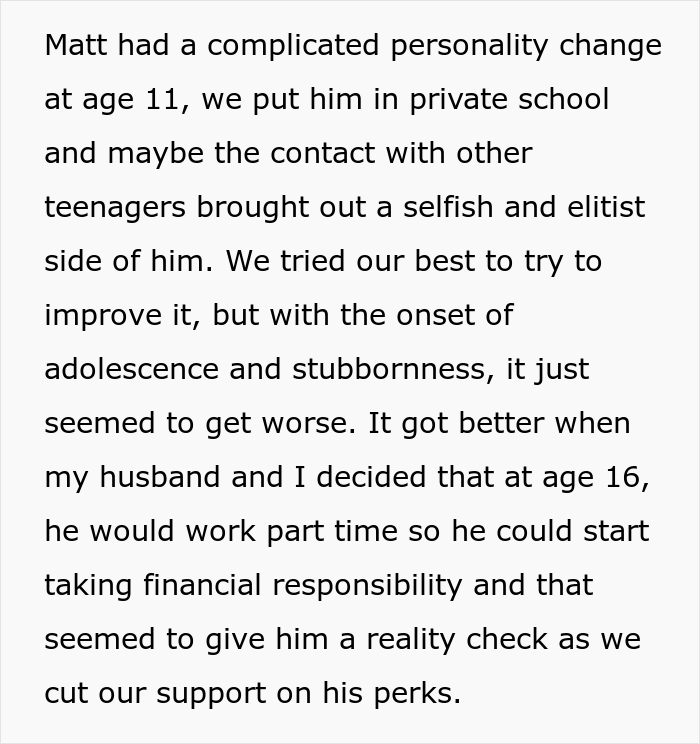 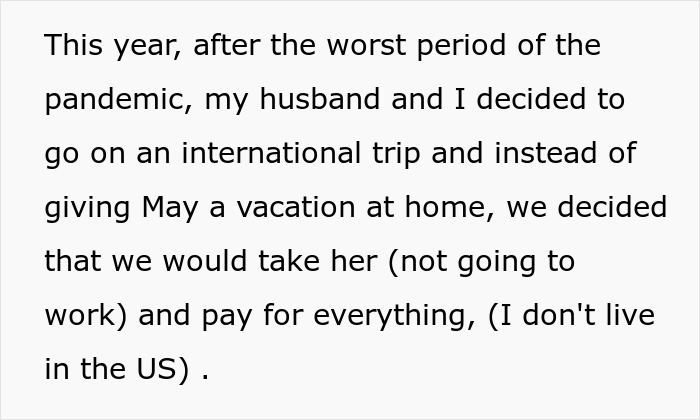 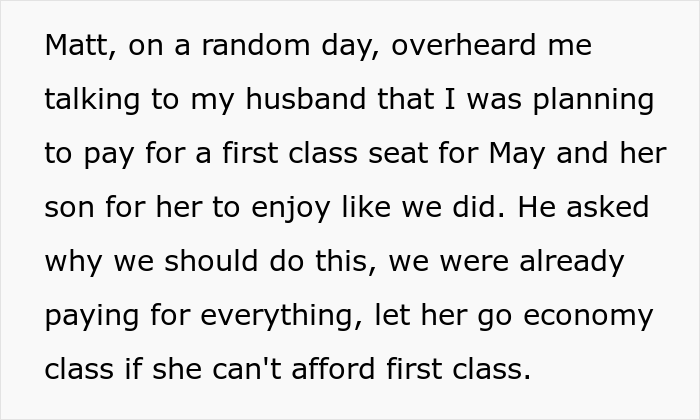 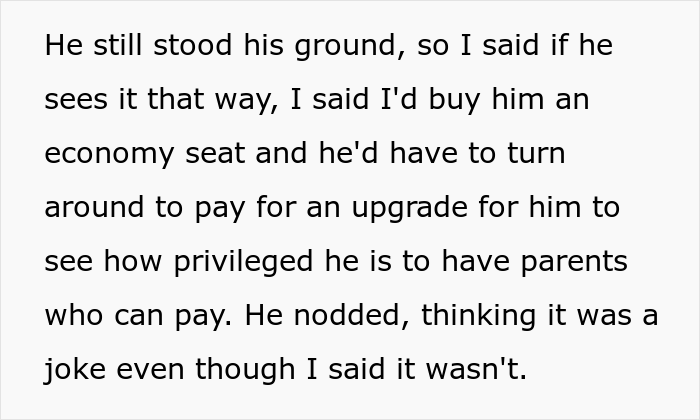 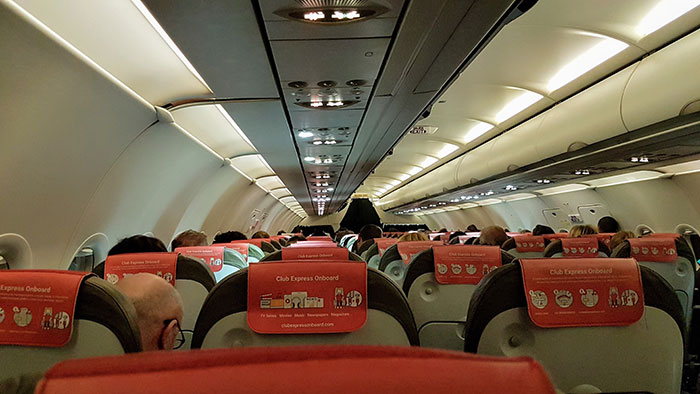 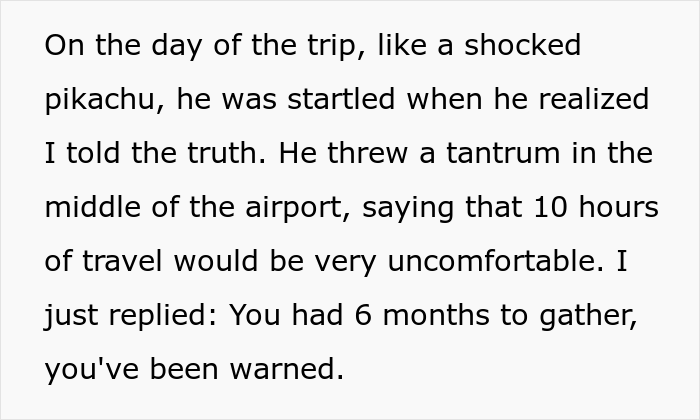 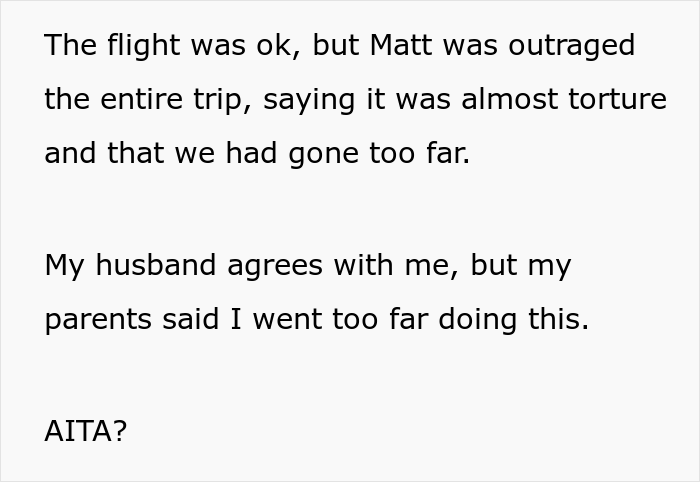 Building and maintaining a healthy relationship between parents and their children can be a daunting task. It’s no secret that many family dynamics shift with time, and sometimes it’s not for the better.

But Joshua Coleman, a psychologist and senior fellow at the Council on Contemporary Families, argues that you can be a conscientious parent and your kid may still want nothing to do with you when they’re older. In fact, “when children grow up and they arrive at estrangement, parents and adult children seem to be looking at the past and present through very different eyes.”

According to historian Steven Mintz, the author of Huck’s Raft: A History of American Childhood, the conflicts between parents and their grown-up children in the modern time largely differ from the conflicts families would have in the past.

“Families in the past fought over tangible resources—land, inheritances, family property. They still do, but all this is aggravated and intensified by a mindset that does seem to be distinctive to our time. Our conflicts are often psychological rather than material—and therefore even harder to resolve,” Mintz argues.

Others, however, supported the son and said they understand his resentment 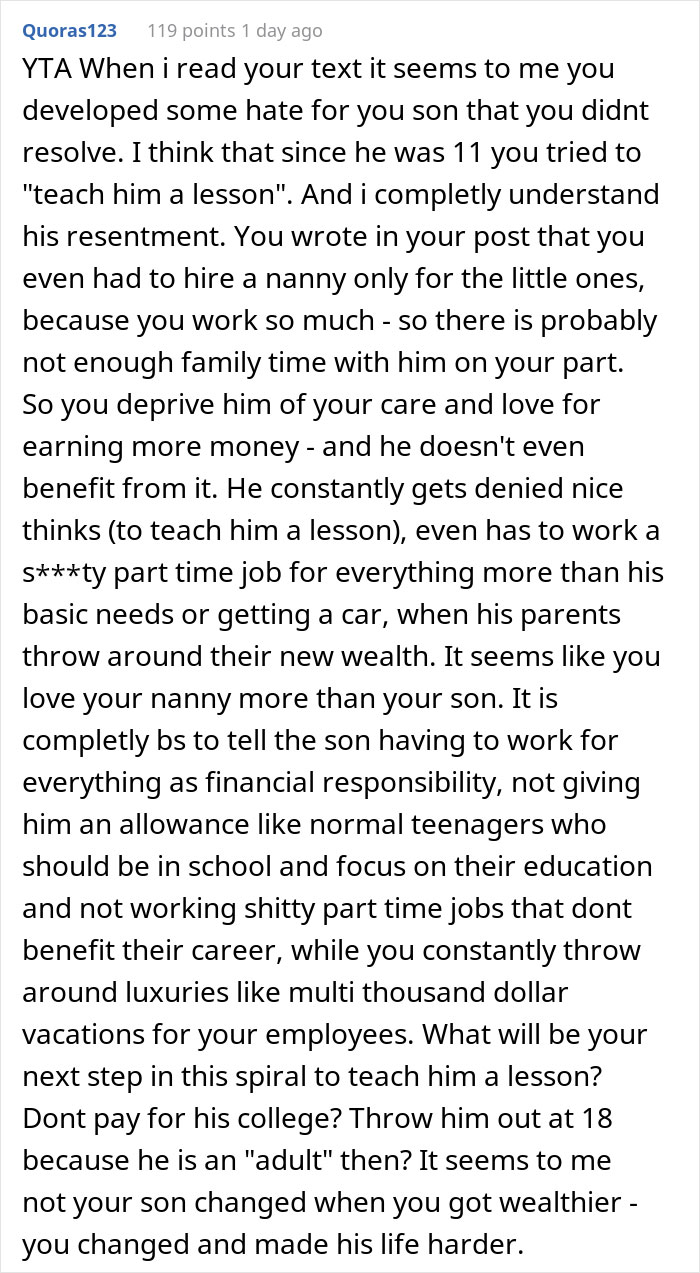 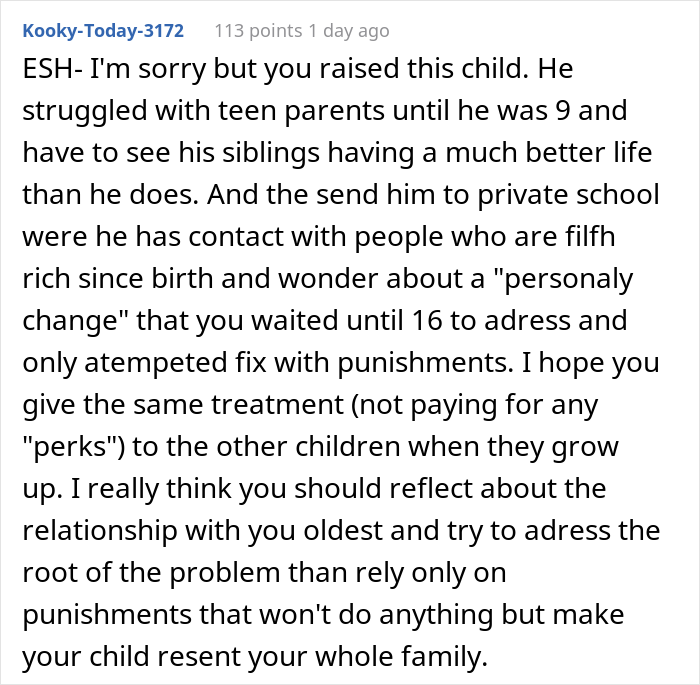 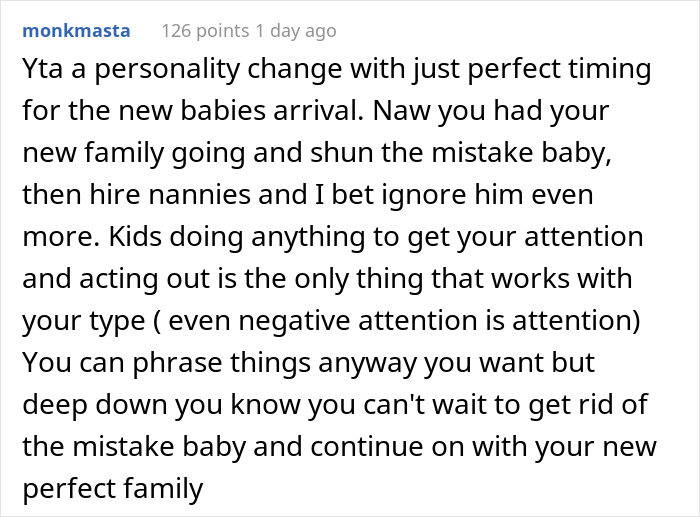 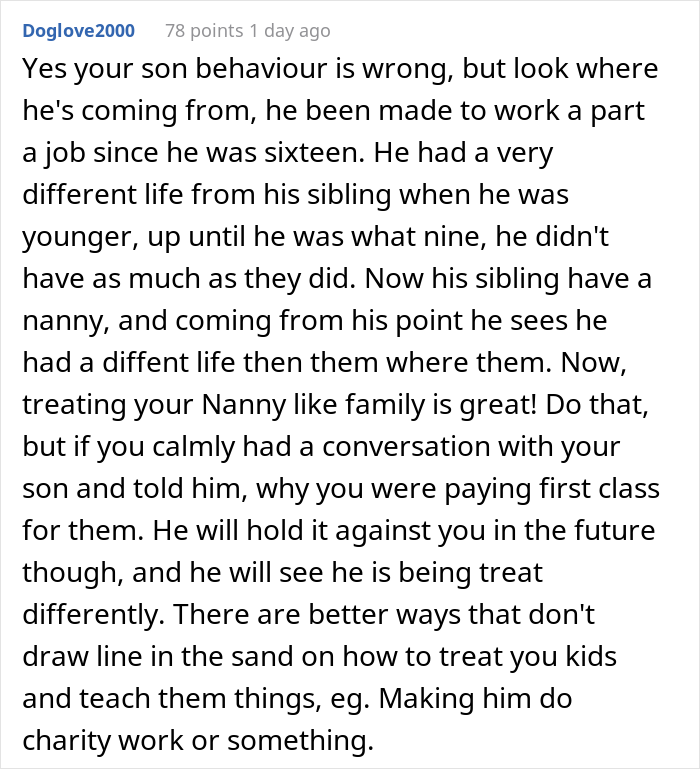 The post Teen Says Parents Shouldn’t Have Bought Nanny A First-Class Ticket, Regrets It After They Put Him In Economy For Being So Elitist first appeared on Bored Panda.