The last thing you want after completing a tiresome nightshift is an argument with the manager. Of a store you don’t even work at.

One morning, when Reddit user Tenguninja85 was heading home to get some well-deserved sleep, they hopped into a Tesco to grab a snack.

However, as they were browsing the shelves, a man who was looking after the place had mistaken them for an employee and thought they were slacking, and decided to scold them.

So when Tenguninja85 gave the man a reality check, they also decided to toy with him a bit. Continue scrolling to learn what happened from the Redditor’s now-viral post on r/pettyrevenge.

The manager at this grocery store had mistaken a customer for an employee, and grossly mistreated them 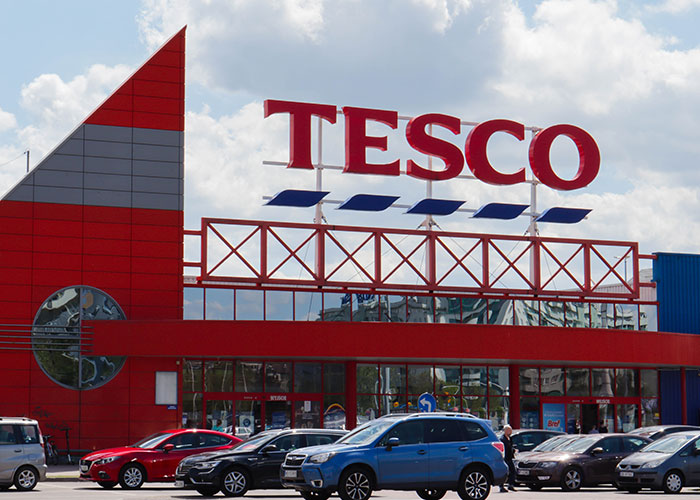 So the customer decided to have some fun with him 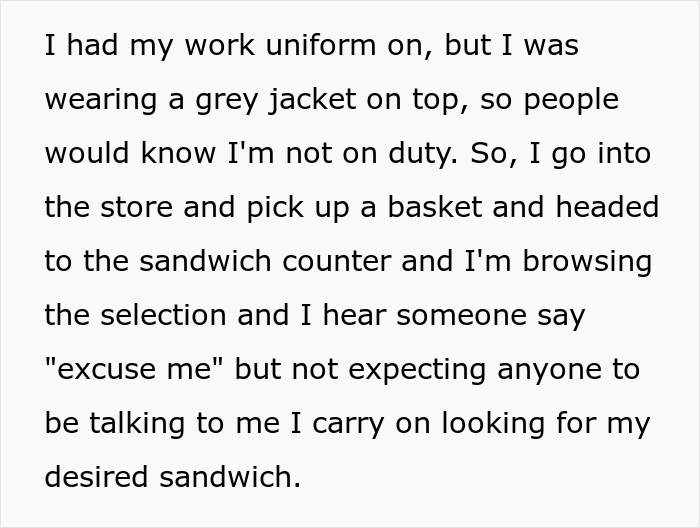 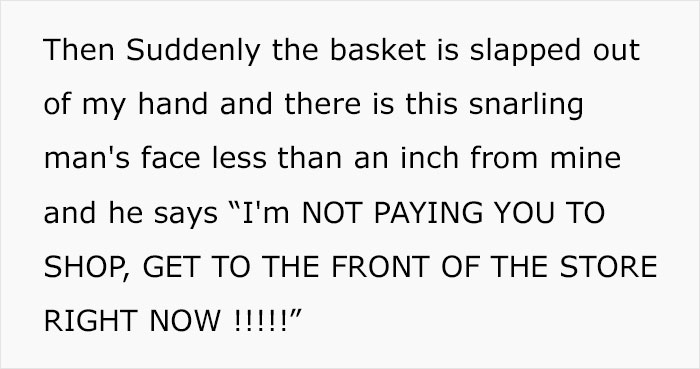 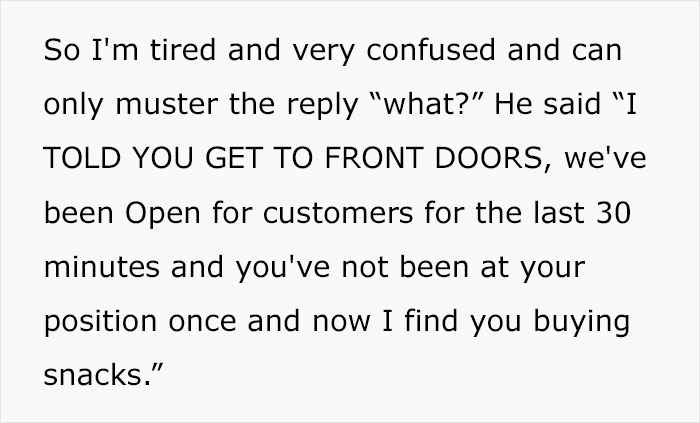 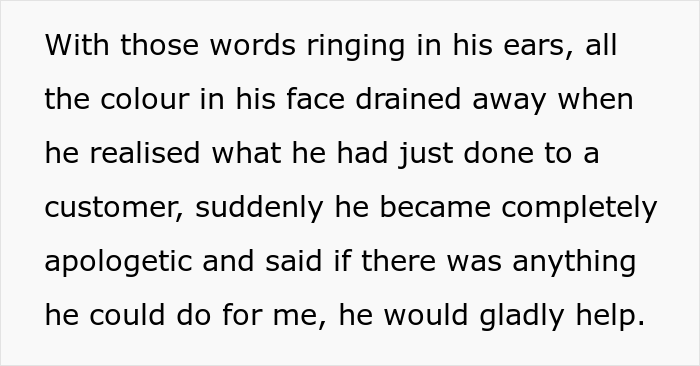 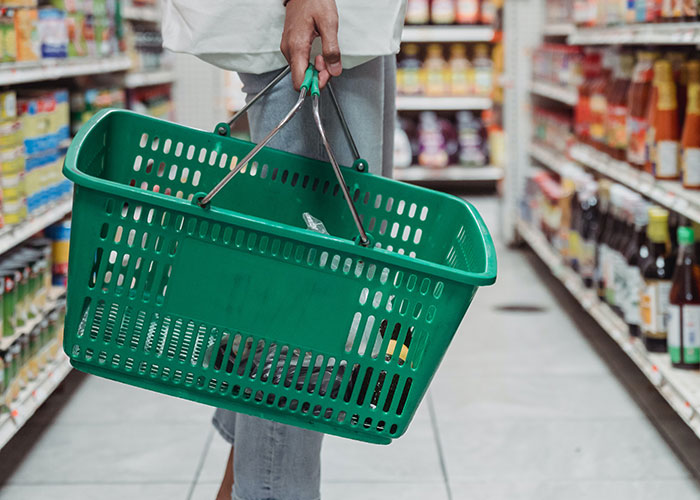 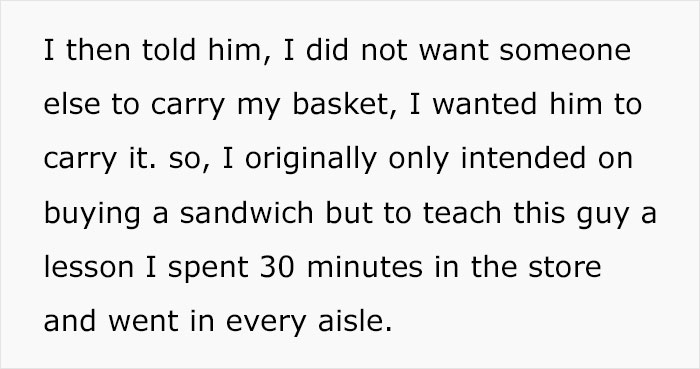 I guess you could try to play the devil’s advocate, say that managers often lack training and he did try to make things better, but his approach was way too aggressive.

We got in touch with the author of the post and they agreed that the man had messed up right from the get go.

“I think [his behavior] was completely inappropriate even if I worked there,” the Redditor told Bored Panda. “There’s no way anybody should speak to any person in the way he spoke to me. Regardless if I was staff or not, you still shouldn’t slap an item out of someone’s hand. I think he was very lucky that I’m not a hot-tempered kind of person because I know people who would easily react violently towards someone if they had something similar happen to them.”

“When we were walking around the store he kept saying … how sorry he was and he was just trying to put his actions down to the pressure he was under from his bosses to hit the targets and that there’s a lot of theft from the store at the moment,” Tenguninja85 recalled. “I just kept telling him that he should be nicer to his staff and especially security as we’re the people he will call if there’s an issue with a shoplifter.”

Which was great advice. 88% of employees value emotional intelligence in leaders. However, this soft skill is closely tied to empathy, and according to HR experts Brian Kropp, Alexia Cambon, and Sara Clark, many managers understand this ability conceptually but aren’t sure how to use it as a tool.

“It goes against deeply ingrained assumptions that we should keep work and life separate,” they said. “Managers need opportunities to practice — and, crucially, room to make mistakes — in order to learn to lead with empathy.”

Hopefully, the man at Tesco understood that raising your hand against your subordinates isn’t the brightest idea.

“I frequently go back [to that place] because it is actually my local Tesco but he’s not working there anymore,” the Redditor explained. “I had several friends who worked at the store at that time and when I told them what happened they said he was a nightmare to his staff as well, and eventually was moved to another store.”

Their biggest takeaway from this experience was that people like to use stress as an excuse to treat others badly, “but we all suffer from stress, so taking it out on other people … isn’t helpful.”

People loved the way this person handled the situation 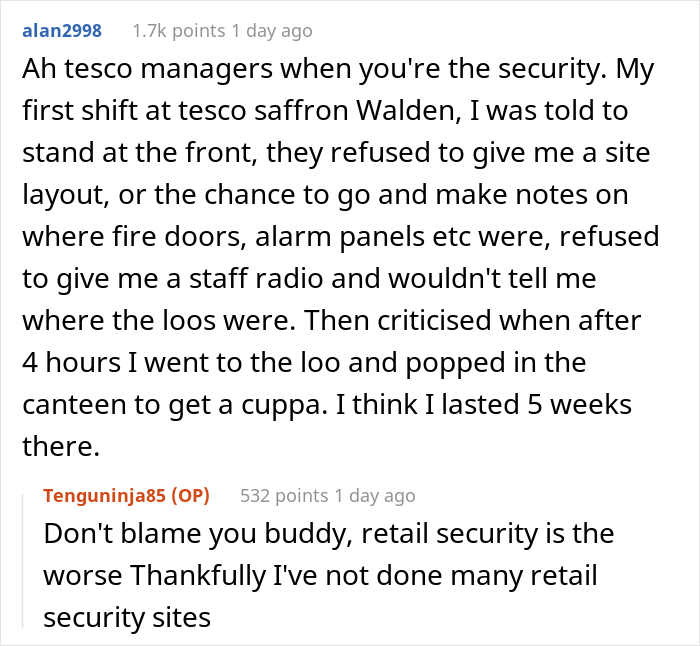 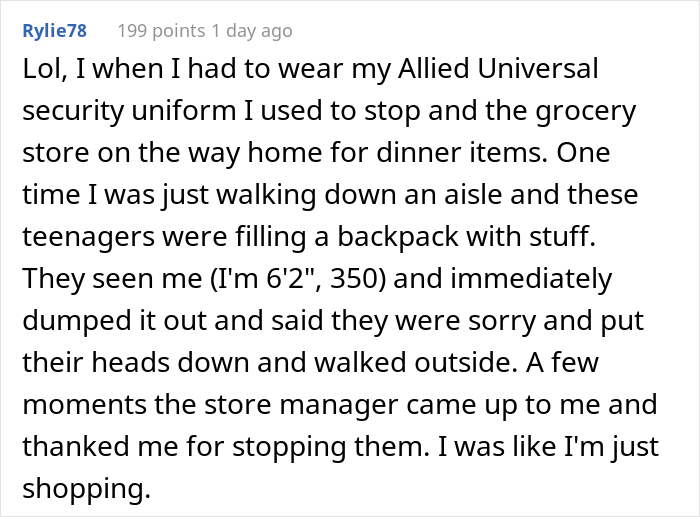 The post Tesco Manager Mistakes A Customer For An Employee, Slaps The Basket Out Of Their Hand first appeared on Bored Panda.