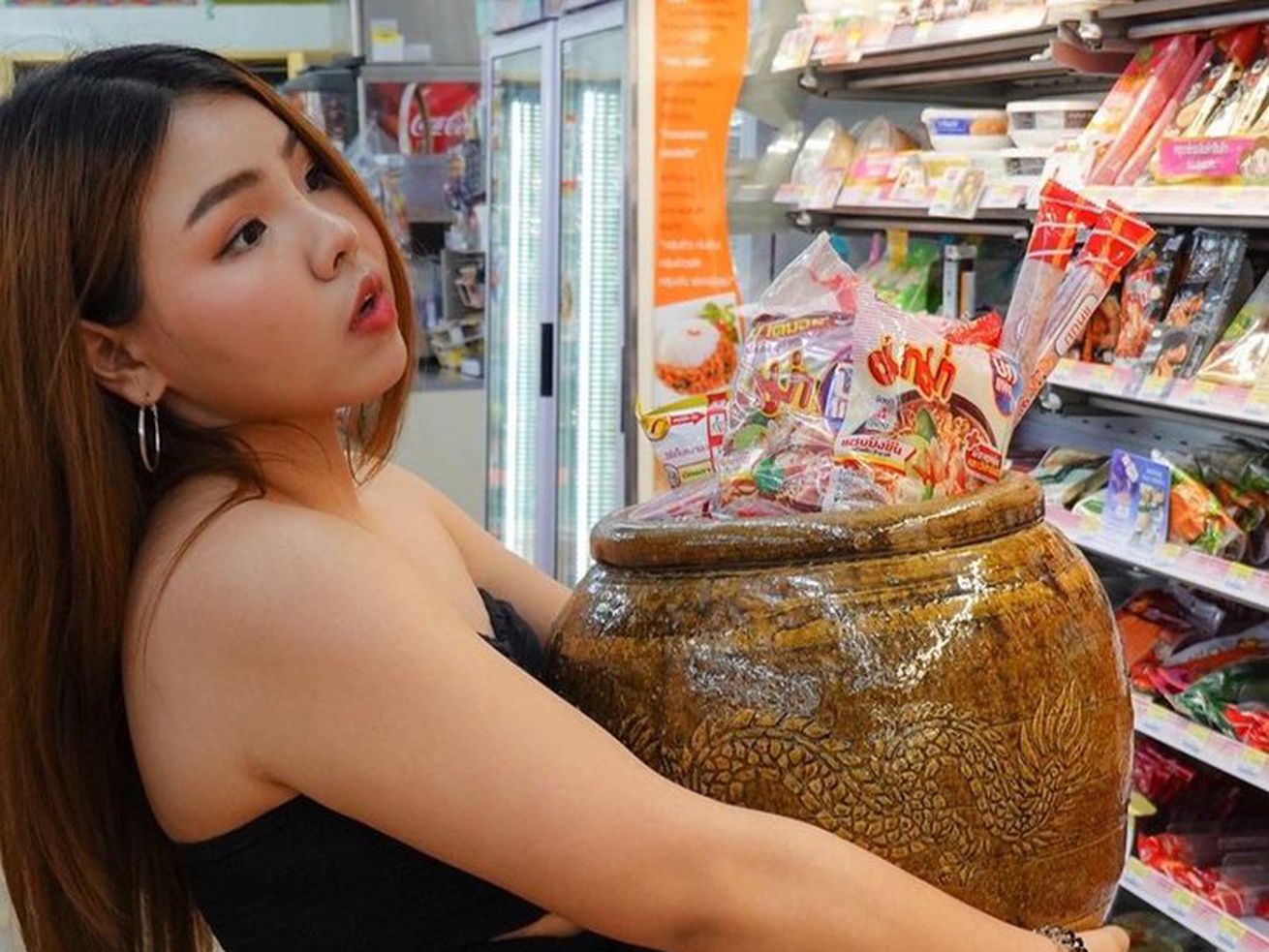 Most of us set modest goals for ourselves going into the new year, but Thailand did not mess around with its 2020 resolution. On January 1, a nationwide ban on single-use plastic bags at major stores went into effect, and by next year plastic bags won’t be offered by any store in the country.

So, now that the country is moving away from plastic bags, you’d think the substitution that makes the most sense would be… well, reusable bags. The people of Thailand, however, have decided to take their shopping game to the next level and get creative with their grocery receptacles.

In a hilarious album posted to Facebook containing eighty photos, folks can be seen loading items into everything from laundry hampers to giant buckets (and tiny buckets) to literal wheelbarrows.

Hey man, whatever gets the job done!