Have you ever used a food delivery app? We all know they’re overpriced, and it’s a gamble how fresh your food will be when it arrives. But sometimes, the temptation of ordering in is just too great. You’re laying on the couch binging a new Netflix series, and you can’t be bothered to venture out into the world. You’re sick at home quarantining, but your cravings for the Thai restaurant down the block are too powerful to ignore. When we order in, our main concern is typically the desire to stay in the comfort of our own homes. But have you ever considered how trustworthy your delivery driver is in the first place?

Last week, one DoorDash driver went viral for giving every customer who uses food delivery services trust issues. The video, that was shared on TikTok by Doordashtips2, was apparently retaliation for receiving a small tip, but that does not necessarily justify his behavior. Below, you’ll find the full video that horrified hundreds of thousands of viewers, as well as some of the responses these viewers shared and an interview with the driver himself. Feel free to let us know your thoughts on the video, or food delivery apps in general, in the comments section, and then if you’re interested in checking out another Bored Panda article featuring similar food delivery drama, you can find that story right here! 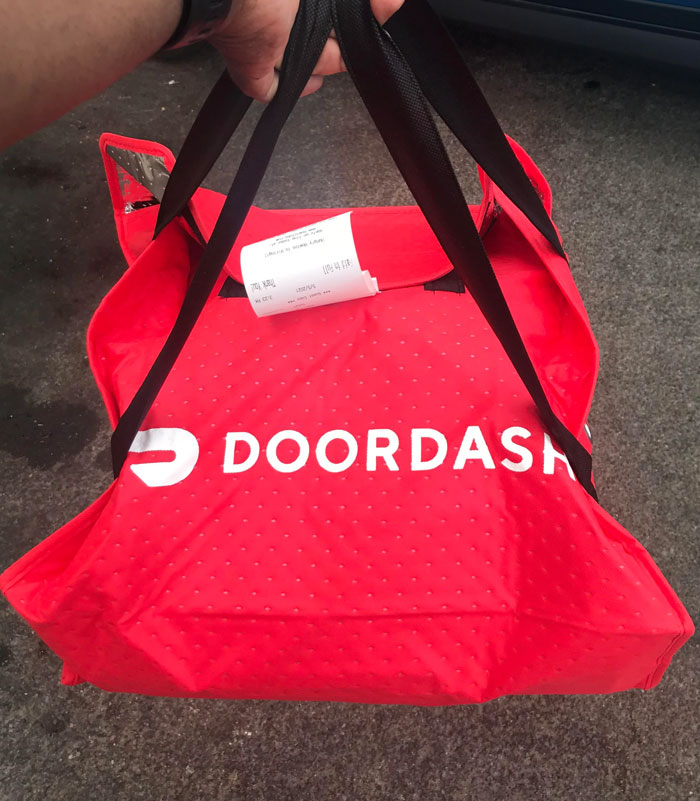 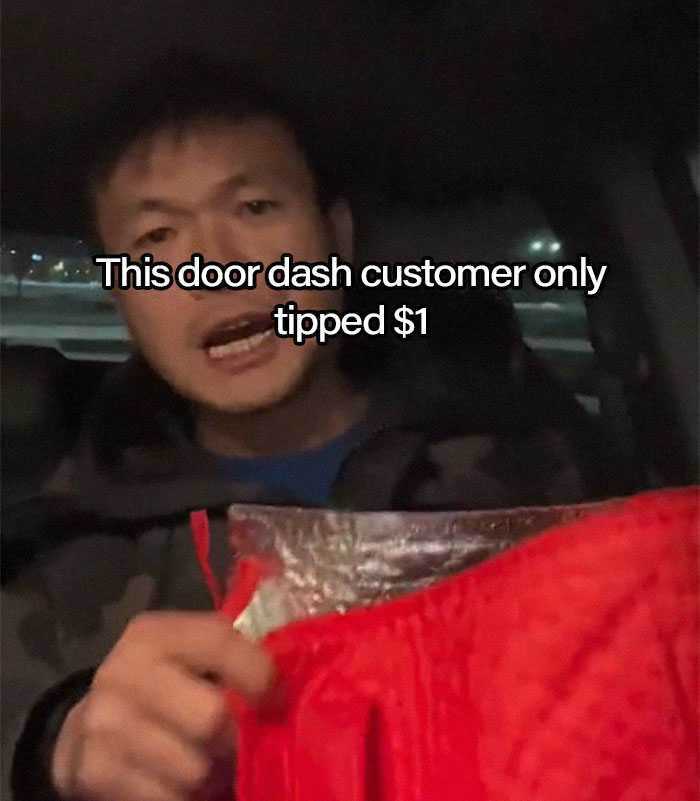 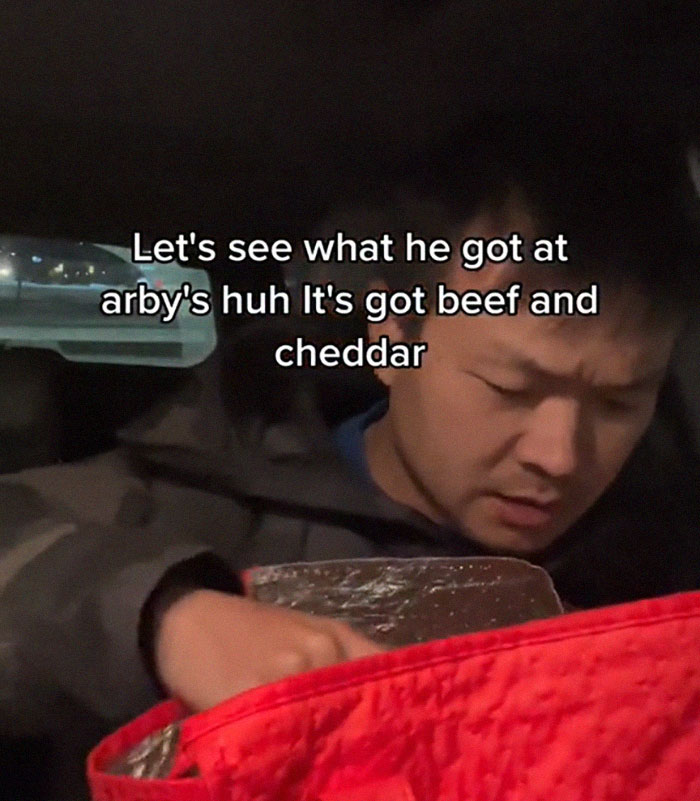 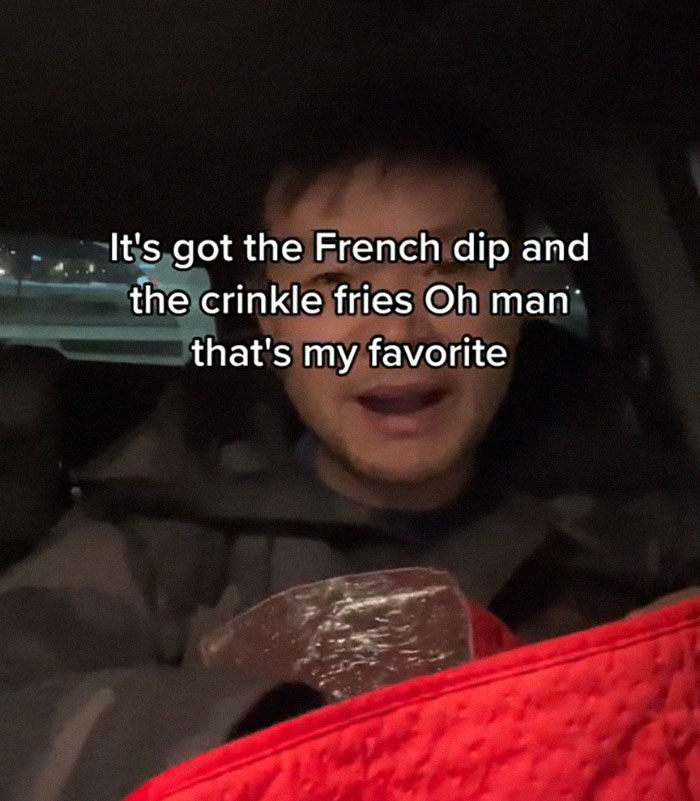 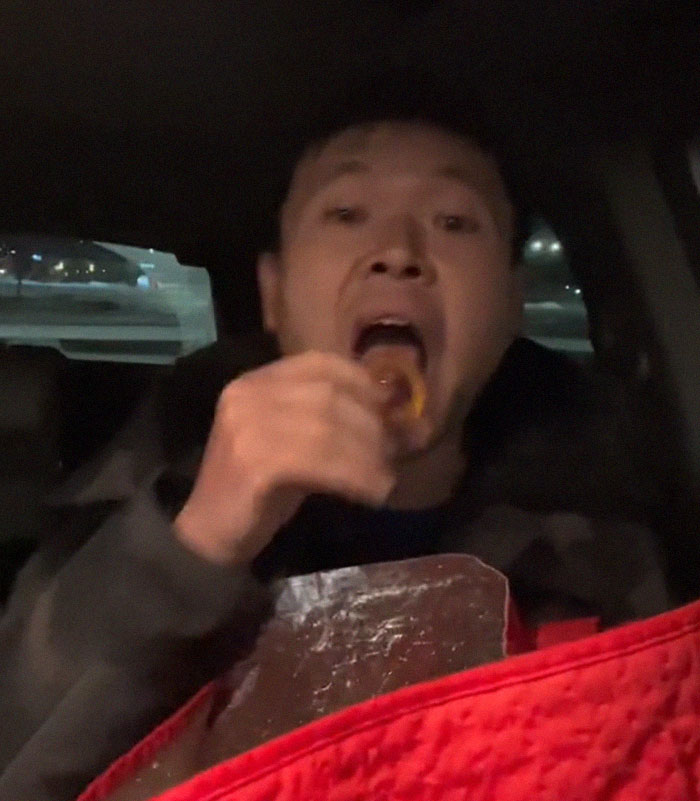 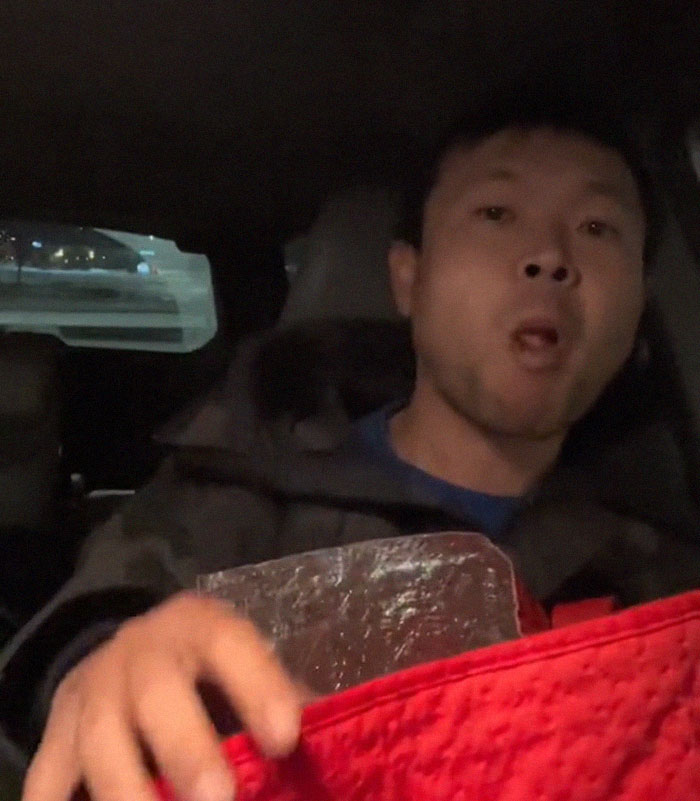 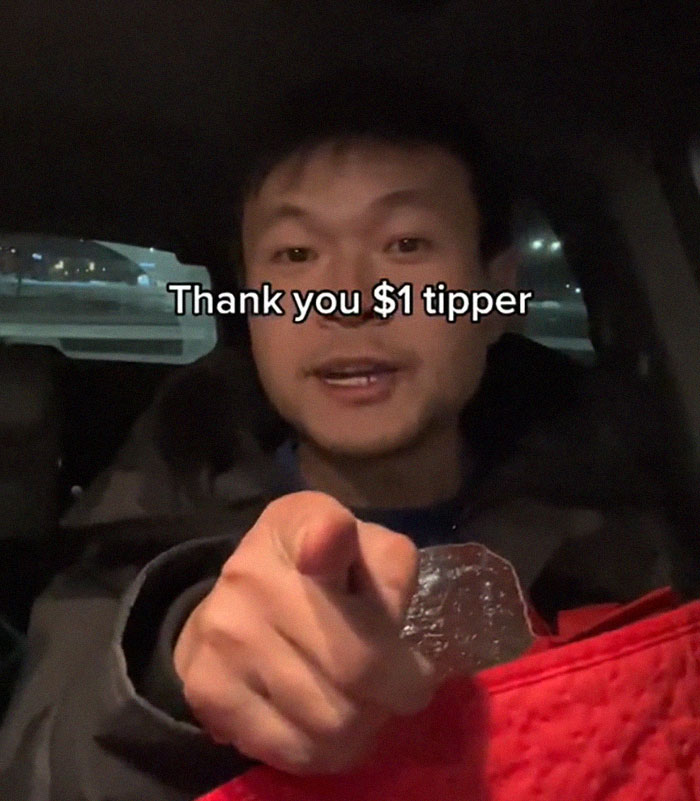 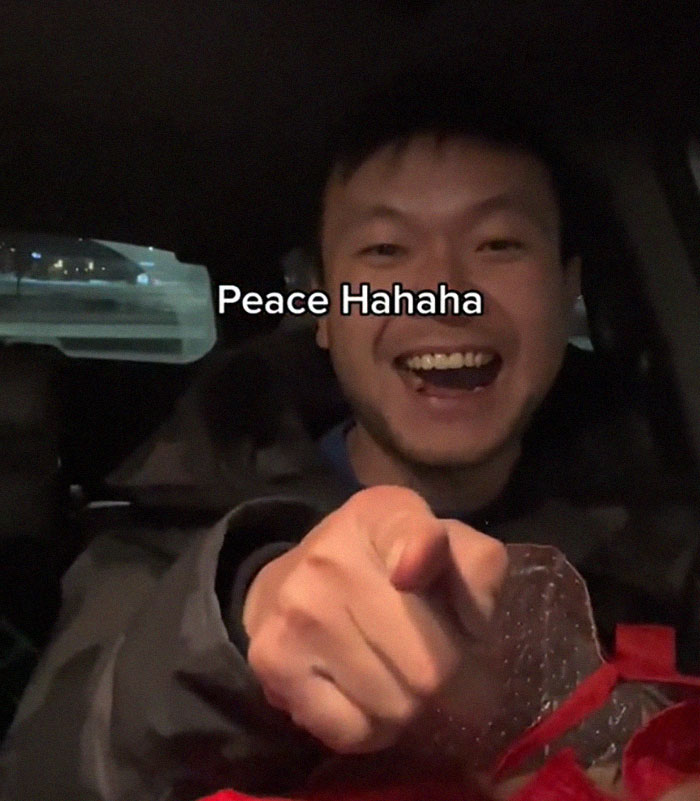 To gain more insight on this situation, we reached out to the controversial driver himself, who goes by Doordash Tips online. He told Bored Panda that he’s been driving for DoorDash since 2016, and the job isn’t all bad. “I love the freedom,” he shared. Unfortunately, that freedom isn’t enough to keep him from being tempted to take a bite out of a customer’s food, as he told us he’ll sample customers’ food every week. So we were curious what he considers to be a fair tip, to avoid getting any food stolen. “$2 per mile or a minimum of $5 is a good tip,” he shared. But the reason why tipping is important is because drivers don’t make much without it. “Drivers only get $2.50 per delivery,” DoorDash Tips told Bored Panda.

Now, you might be hearing this story and thinking to yourself, “That’s exactly why I have never used any of these services myself!” But if you’re one of the hundreds of millions of people worldwide who have ordered a pizza or some Chinese food via an app, you might be panicking and just praying that nobody has ever spit in your food or taken a sample of your fries before they landed on your doorstep.

In recent years, the food delivery industry has skyrocketed in revenue, so there’s no shame in participating in the growing trend. In the United States alone, food delivery revenue tripled between 2015 to 2020, and in 2020, this industry made over $26 billion across its 111 million users. These profits are not expected to slow down any time soon either, as by 2025, the US food delivery market is expected to reach a whopping $43 billion. And among the various food delivery platforms available to Americans, DoorDash has become the most popular, controlling about 45% of the US food delivery market. They have over one million drivers who deliver food and are available in over 4,000 North American cities.

But just because a company is massive and successful doesn’t mean that it’s actually trustworthy. Ordering food at a restaurant is risky enough in the regard that you can’t guarantee how safe and sanitary everything is in the kitchen, but having food delivered to your doorstep opens you up to even more risks. Whoever picks up and delivers your meal has the opportunity to tamper with it, and they can easily never be held accountable, as they drop off the food, complete the order and are never seen or heard from again.

In fact, it might be more common than you think for a delivery driver to help themselves to a bit of their customers’ food. A 2019 study by US Foods found that nearly 30% of delivery drivers admitted to tampering with a customer’s food. To try to remedy this situation, customers recommended that restaurants place “tamper-evident” labels or packaging on the food, for example, a sticker on top of the box that will clearly be ripped or unstuck if the box has been opened.

In this particular case on TikTok, it came down to how much the customer had tipped, but we can’t guarantee that every other driver would be satisfied with a $5 or $2 per mile tip. Does that mean that they’re entitled to a few of our French fries? We would love to hear your thoughts on this situation in the comments below, pandas. Do you trust delivery apps? And if you do, how much do you typically tip drivers? Let us know if you’ll ever DoorDash, GrubHub or Uber Eats again, and then if you’re interested in reading another Bored Panda article featuring similar food delivery drama, check out this story next!

Many viewers were horrified by the driver’s behavior, noting that even tipping well doesn’t guarantee good service 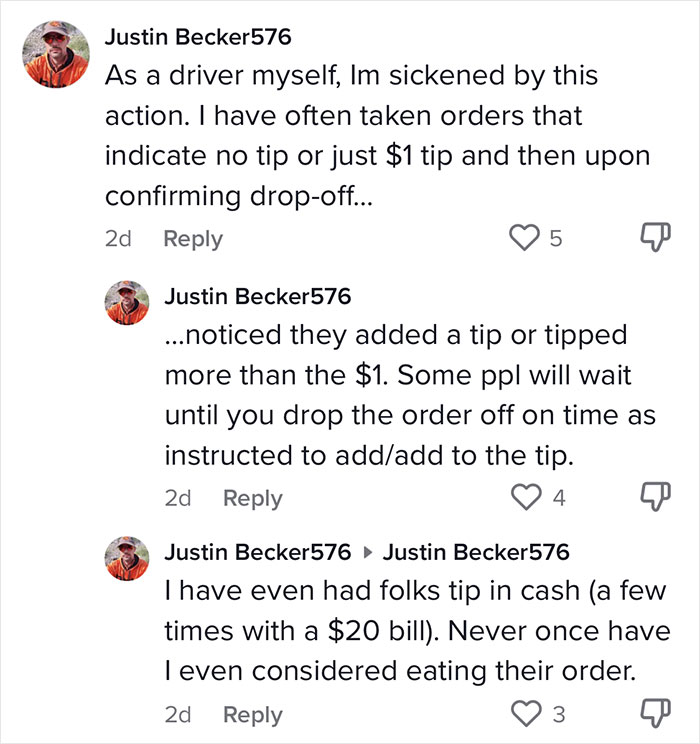 Meanwhile, other viewers sympathized with the driver and shared how they like to get back at bad tippers

The post “Thank You, Tipper”: DoorDash Employee Eats Customer’s Order Because He Got A Tip first appeared on Bored Panda.