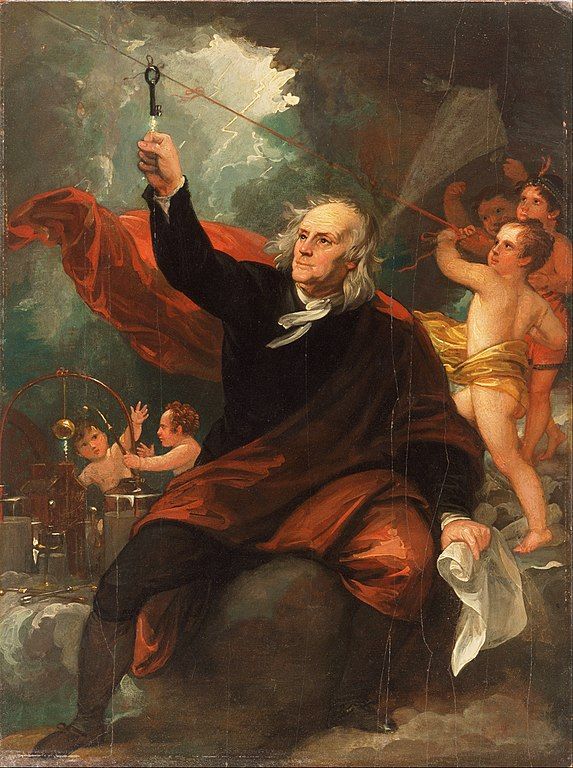 If you know only two things about Benjamin Franklin, you know the story of how he flew a kite in a thunderstorm to capture electricity, and how he wanted to name the turkey as our national bird. If you know three things, you know he also liked beer. And then there’s all that Founding Father stuff. You might like to learn how Franklin combined his electrical experiments with his fondness for turkey meat.

Two years before his famous kite experiment, Franklin decided to slaughter a turkey using electricity. He theorized that turkeys killed by electricity would be tastier than those killed by the usual method of decapitation. On December 23, 1750, Franklin set up the procedure. But instead of killing the turkey, he electrocuted himself! No, he didn’t die, but he wrote about his injuries. We don’t know what happened to the turkey, but it most likely ended up as Christmas dinner anyway. Read the story of that experiment at Smithsonian.