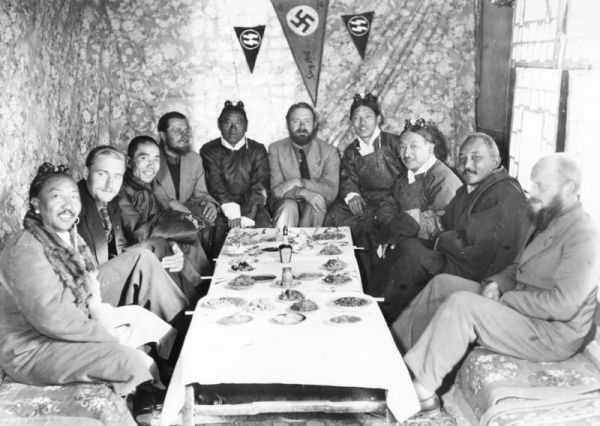 The Nazi party in 1930s Germany was all about convincing the majority of Germans that they were superior to Jews and foreigners because of their racial purity. This led to an entire scientific discipline out to prove that theory, and the mad race to find evidence to support it.

Those who swore by the idea of a white Nordic superior race were believers in the tale of the imagined lost city of Atlantis, where people of “the purest blood” had apparently once lived. Believed to have been situated somewhere between England and Portugal in the Atlantic Ocean, this mythical island allegedly sunk after being struck by a divine thunderbolt.

All the Aryans who survived had supposedly moved on to more secure places. The Himalayan region was believed to be one such refuge, Tibet in particular because it was famous for being “the roof of the world”.

In 1935, Himmler set up a unit within the SS called the Ahnenerbe – or Bureau of Ancestral Heritage – to find out where people from Atlantis had gone after the bolt from the blue and the deluge, and where traces of the great race still remained and could be discovered.

In 1938, he sent a team of five Germans to Tibet on this “search operation”.

The Germans were reportedly there to study zoology and anthropology, all the while taking casts of human body parts and measuring skulls and features of the local people, before the war cut their research short. Read about the Tibetan adventures of Himmler’s research team at BBC. -via Damn Interesting