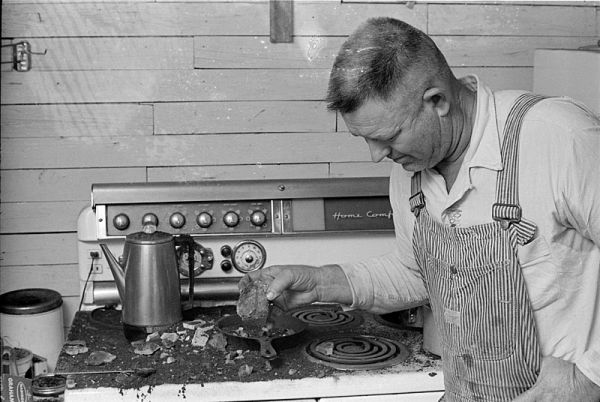 As World War II slipped into the Cold War, the US conducted tests of nuclear weapons in the surface, in the air, and underwater. By 1959, scientists were considering underground tests. Government officials regarded such detonations as an experiment to figure out if the Soviets could conduct such tests without us knowing, which would give the Americans a reason not to verify an agreement with them about nuclear testing. Got that? Geologic requirements pointed to the salt domes of Mississippi as a possible site for an underground detonation in 1964. After a couple of false evacuations, the first test occurred on October 22.

To Brenda Foster, “It felt like the Earth just raised up and set back down.”

“The windows on the house were shaking and rattling, and you could see the chimney on the house cracked all the way down,” says Foster, who was a few days shy of her 10th birthday. “That’s about all I remember of that, but I never will forget it.”

In the aftermath, about 400 people filed claims for damages with the government, mostly for cracked plaster or masonry. On Nobles’s father’s farm, eight miles from the blast site, two wells quit working after the blasts. But one man, Horace Burge, found his house was “completely destroyed,” says Nobles, who was friends with Burge’s son.

“It broke everything on the inside of his house, threw the stuff out of his cabinets, and messed his foundation up,” Nobles says.

A second test was conducted two years later. Read about the nukes of Mississippi at Atlas Obscura.

Rating That Time the U.S. Government Set Off a Pair of Nukes Under Mississippi is 5.0 / 5 Votes: 1
Please wait...
Loading...
Related articles