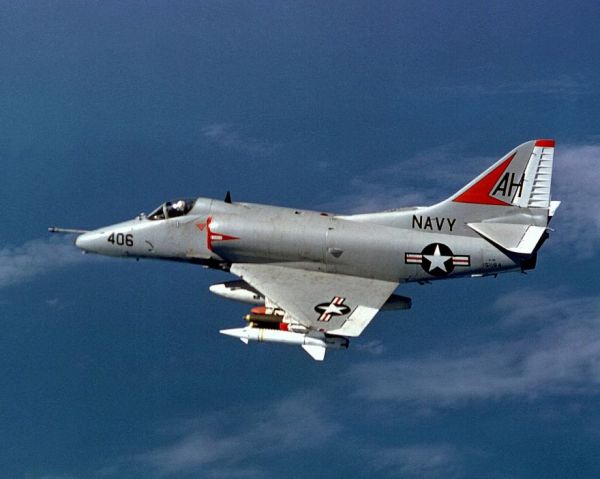 During the Cold War, the US wanted to be able to drop nuclear bombs on the Soviet Union with only 15 minutes’ notice. Between 1960 and 1968, that meant keeping pilots in the air with nukes aboard around the clock, taking off from US bases around the world. Yes, there were accidents, and nukes sometimes went missing. The most terrifying of those accidents occurred in 1965 on the USS Ticonderoga aircraft carrier 80 miles off the coast of Japan. A Douglas A-4E Skyhawk aircraft rolled off the side of the carrier into the ocean, and neither the plane nor the pilot was ever seen again. Only his helmet was recovered. That plane not only carried a nuclear bomb, but it was armed and ready to go.

That wasn’t the only mishap. Another plane carrying four bombs got the US nuclear program banned from Spain. A plane with nukes was abandoned over Greenland in 1968. By then, we had submarines that could launch a nuclear missile, and ICBM silos as well, but the real reason the 24/7 airborne nukes were abandoned was because there were too many things going wrong. Read about this program and the crashes the military doesn’t like to talk about at Vice.  -via Damn Interesting