For centuries we have used the sexagesimal system of measuring time, where each day is divided into 24 hours, each hour into 60 minutes and each minute into 60 second. Why do we do this? Is it out of habit, or is there any inherent advantage of measuring time by base 60?

The ancient Greeks were the first to introduce the concept of hour after Horae, the goddesses of the seasons and the natural portions of time. The number of Horae varied according to different sources, and while the most common is three, by Late Antiquity, their numbers had inflated to twelve, from which came the idea of dividing the day and the night into 12 hours each. The division of the hour into 60 minutes and of the minute into 60 seconds came from the Babylonians who used a sexagesimal system for mathematics and astronomy. The Babylonians divided the day into 360 parts, because that was their estimate for the number of days in a year. Diving a circle into 360 degrees was also their idea. 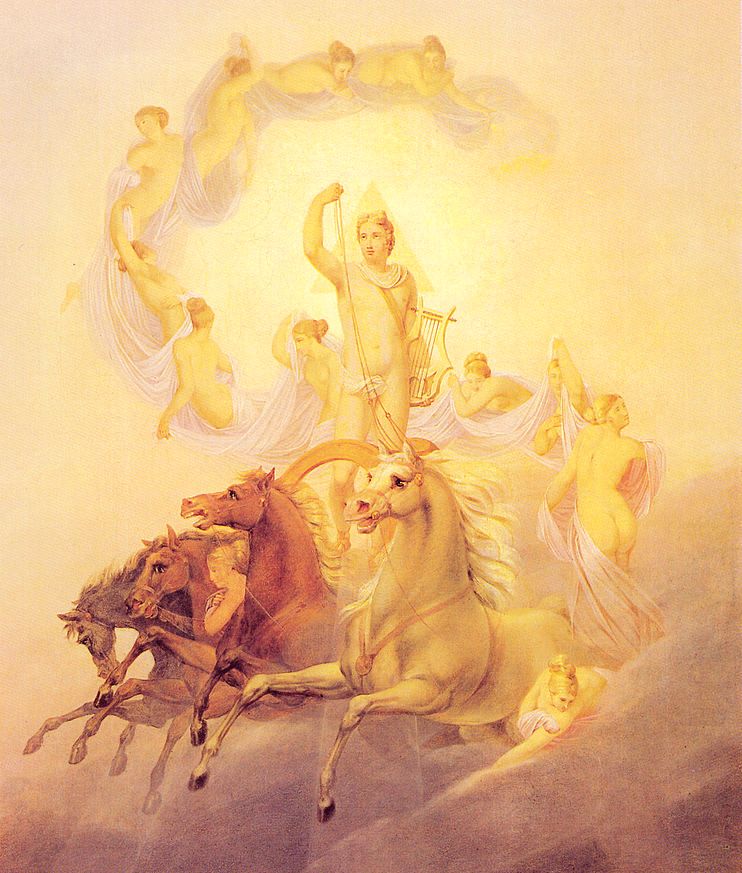 “Apollo with the Hours” by Georg Friedrich Kersting (1822)