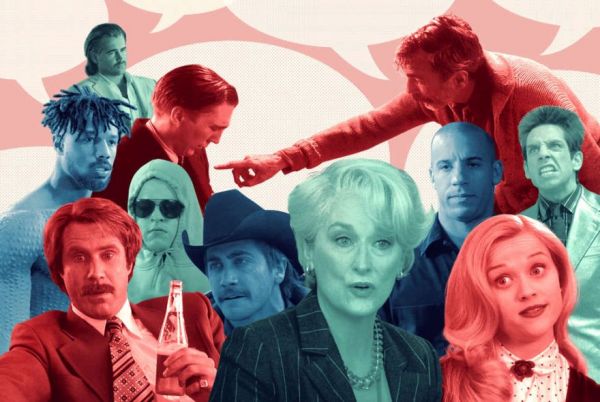 When you think of the most memorable movie quotes, you probably think of something from Casablanca, The Wizard of Oz, The Princess Bride, Star Wars, or Monty Python and the Holy Grail. Big memorable movies give us great lines that everyone knows. But those are all from the 20th century. It’s 2019 now, and we have almost twenty years of movies that have been made into memes, puns, and cultural references shared by fans. Thrillist has compiled a ranked list of 100 memorable quotes from movies of the 21st century. Depending on your age, they may be as memorable as the older movie quotes, or they may be completely new to you.

Our process was highly unscientific. We thought (and argued) through what moments had lodged themselves into our brains and stuck there. Not every entry on this list has become a meme, though some certainly earn their spots because of that. Others we included simply because they astonished us, one way or another: They are perfect punchlines, gut-dropping reveals, and brilliantly written axioms. Some are so silly we’ve developed a deep affection for them. (Ever hear the one about sand from Star Wars?) They’ve made us cry, laugh, and clutch our hands to our hearts. Also, we have to acknowledge our inherent limitations: We’re an American site with English-speaking readers, writers, and editors. There is a virtually limitless amount of excellent filmmaking and screenwriting happening across the world, from Mexico to Nigeria to Russia to India to Korea and everywhere in between, so consider “greatest” as modified with “mostly American, English-speaking, Western cinema.”

One more note before we get going: We decided to include only one quote from each movie. So while we probably could have filled this list with lines from Mean Girls and Anchorman, we had to make some tough choices.

Check out all 100 quotes, each with the story behind it and a link to video if available.