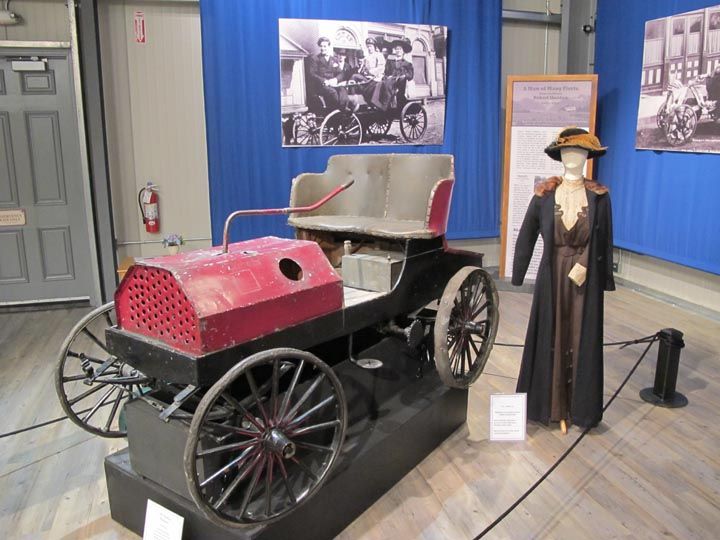 Why do we men strive to accomplish great things? Why do we conquer obstacles and push ourselves to acts of daring-do?

To impress women, of course.

Bobby Sheldon, a single man in 1905 in the town of Skagway, Alaska, was no different. There were few ladies to go around, and so the competition was steep. Sheldon favored one lady who enjoyed rides in the horse-drawn buggy of a local doctor. Sheldon decided to outdo the doctor by building a car.

Sheldon had never seen a car in person before, but he had seen pictures in magazines. He assembled a functional car from locally available materials. Today, that car, pictured above, is in an antique car museum in Fairbanks. Sheldon accomplished much in his life, such as becoming Alaska’s first road commissioner, but he never sufficiently impressed the object of his affections. Atlas Obscura shared the story:

“When he donated the car in 1931, one of the local reporters asked him ‘Mr. Sheldon, did you marry this girl?’ He said, ‘No, but three other fellows have since then,’” Vinton says, adding that the woman’s mother had told her to stay “‘away from Bobby. He’s a genius, but they’re only one step away from insanity’.”