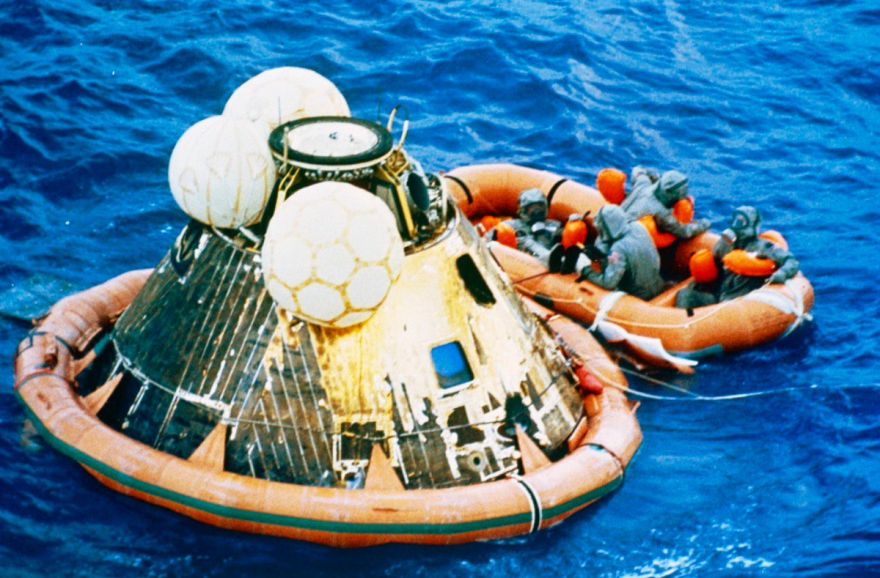 When the astronauts from Apollo 11 returned to Earth, could they bring with them a microorganism that could sweep across the earth, killing an Earth population biologically unprepared for it? That was a major fear leading up to the moon launch and return. Aeon describes the extraordinary precautions that NASA engineers and scientists took to ensure that there were no breaches in the quarantine around the astronauts, machines, and lunar samples:

It was now clear that NASA would need to design a facility that could not only protect Moon rocks from terrestrial contamination but also protect Earth from contamination by those rocks – all while conducting complex experiments using the rocks and maintaining a strict quarantine of everything else that had returned from the Moon, astronauts included. Nothing like the facility they would need had ever been imagined, let alone built.

After more than a year of bureaucratic squabbling, NASA planners settled on a design for an 86,000 sq ft laboratory. It would cost nearly $75 million to build, $60 million to equip, and more than $13 million annually to operate (all in 2020 US dollars). It would consist of three parts, each with a different function: a quarantine facility to isolate returned astronauts and spacecraft behind a biological barrier; a sample operations area to run experiments on Moon rocks and Earthly biota behind another barrier; and an administrative area.

Despite these expensive and carefully-arranged procedures, there were several breaks in the quarantine system. Fortunately, the astronauts did not return to Earth with a plague (such as space herpes).

-via Nag on the Lake | Photo: NASA

Cat Dad Still Has Those Kittens

The Oddest Book Title of the Year

Escape To Italy With the Argo Outdoor Furniture Collection