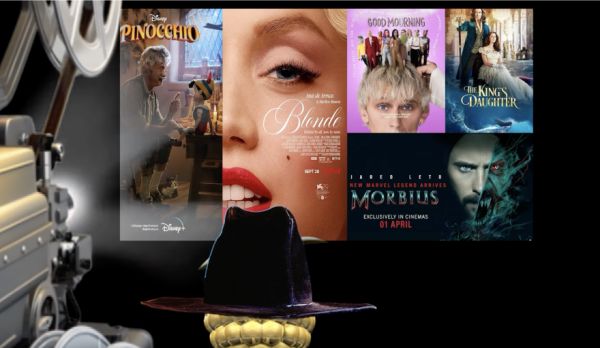 Every year, the night before the Academy Awards are announced, the Golden Raspberry Awards are bestowed on the previous year’s worst movies. Well, tomorrow we will find out who the nominees are for the Oscars, so today we get the nominations for the Razzies, as they are called. Netflix’s Marilyn Monroe biopic Blonde leads the pack, with eight nominations including Worst Picture, Worst Director, and Worst Screenplay. The Disney “live-action” version of Pinocchio was nominated for six Razzies, and the Marvel movie Morbius is up for five awards. In addition to those three movies, The King’s Daughter and Good Mourning round out the nominees for Worst Picture.