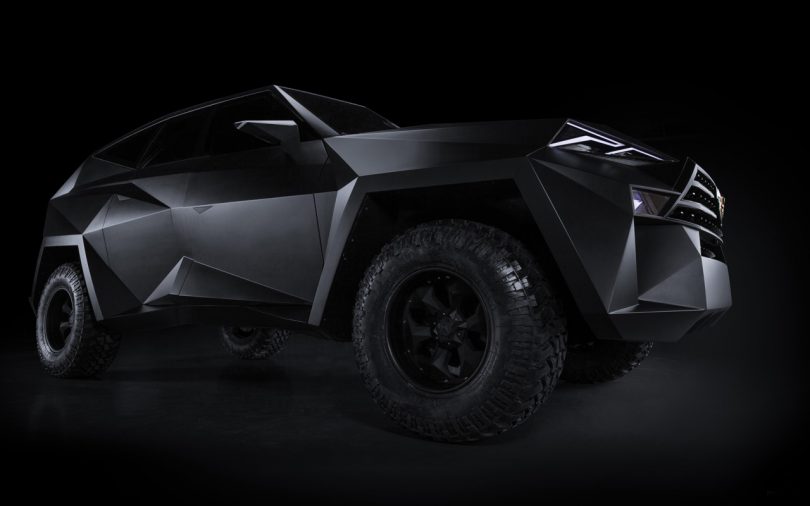 We’re not sure what’s more audacious, the aggressively chiseled and angular bodywork of the Karlmann King SUV or its nearly $4 million dollar price tag. In either case, despite its stealth visage, the specialty automaker’s design is meant to be noticed. 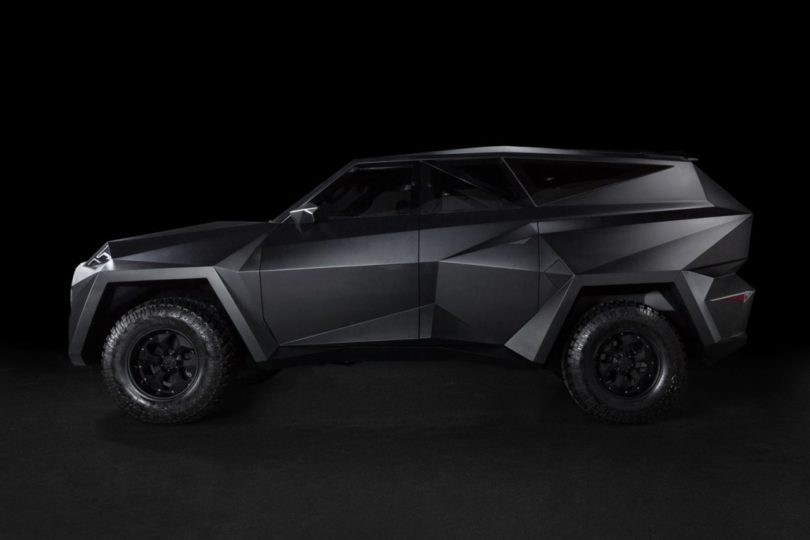 Billed as the world’s most expensive SUV, what’s really underneath all that faceted carbon fiber and steel clad-work (available in an optional bulletproof version) is a Ford F550 commercial cab chassis. 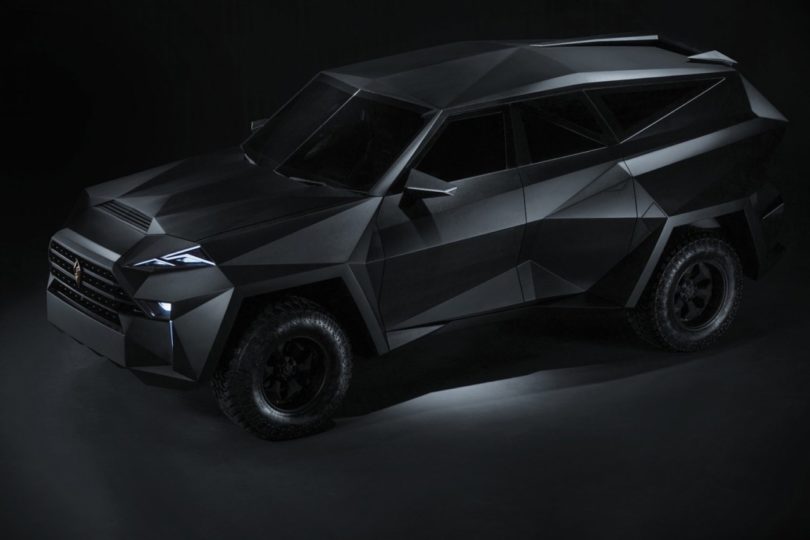 Imagine architect Kengo Kuma and origami artist Coco Sato given the proverbial keys to design an SUV for likes of Bruce Wayne – unhindered by any modicum of self-constraint and directed by harried visions of the apocalypse – and the 13,000 lbs Karlmann King might be the eventuality. 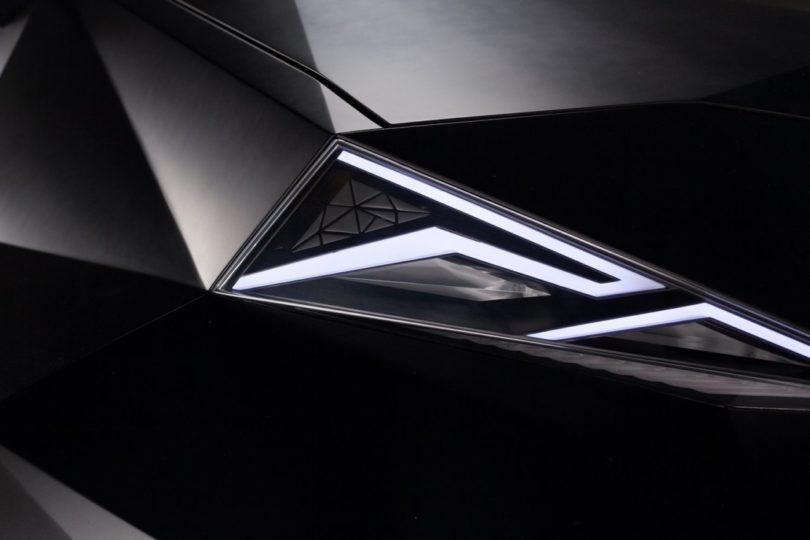 The audacity of the exterior is only exceeded by the ostentatious finish of its interior – a “Night at the Roxbury” outfitted affair that takes opulence to an unprecedented level: reclining lounge sheets, individual air-conditioning systems for the front and rear passengers, an air purification system, starlight-simulating LED ceiling, Nespresso coffee machine, flat-screen TV with Apple TV and PlayStation 4, storage safes, refrigerator, and the option to customize colors with the zeal of a Las Vegas casino or Dubai resort interior decorator. 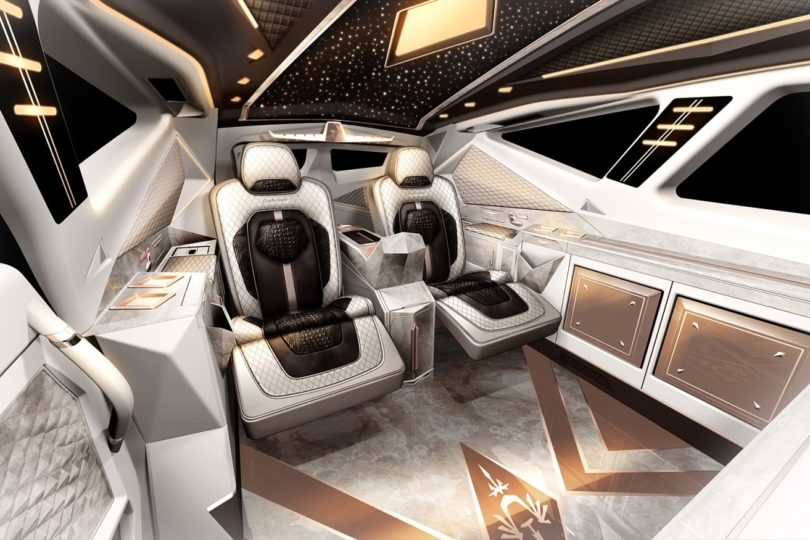 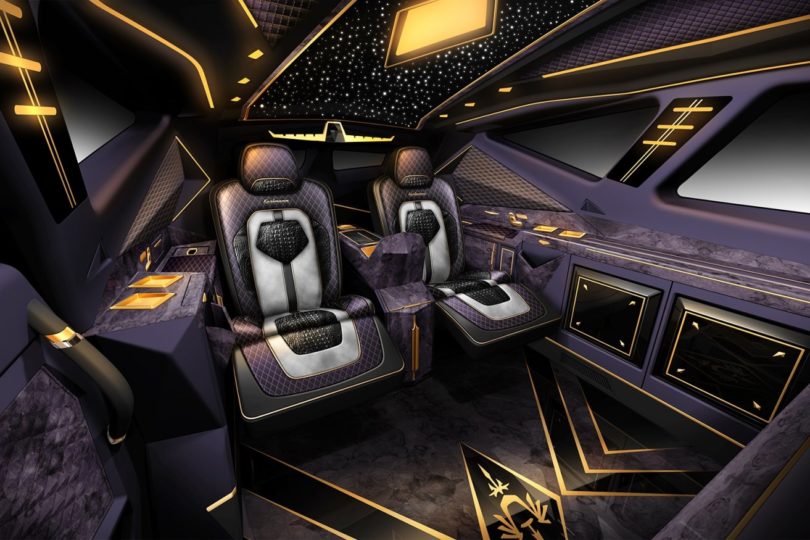 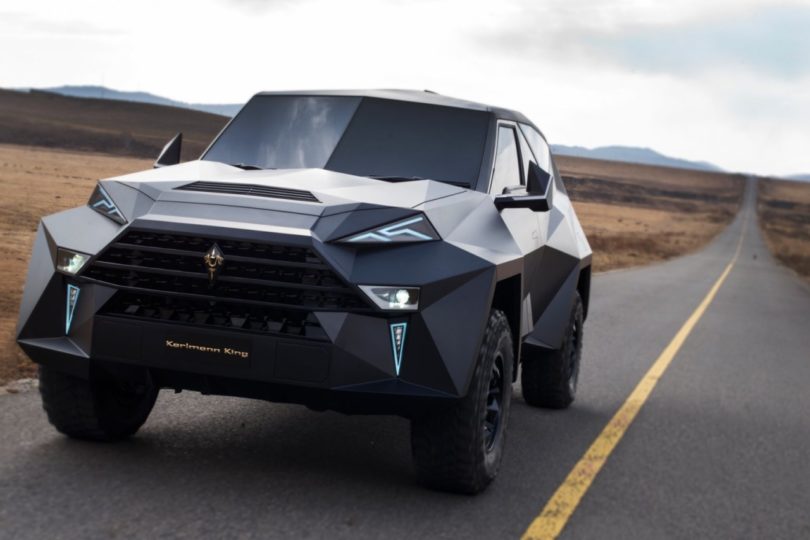 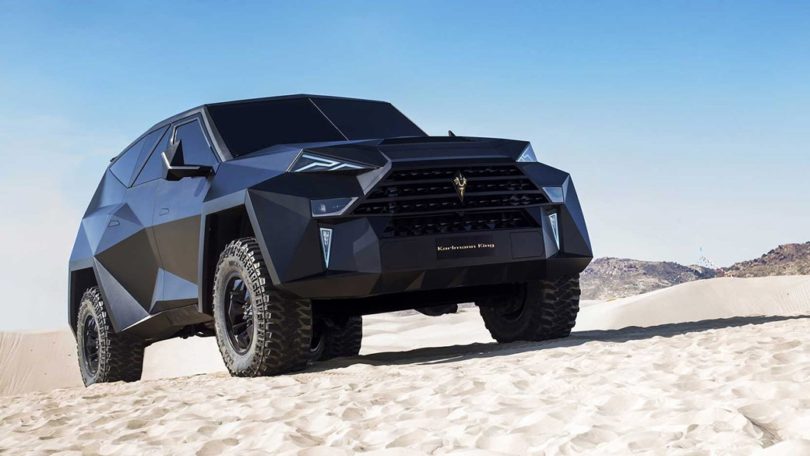 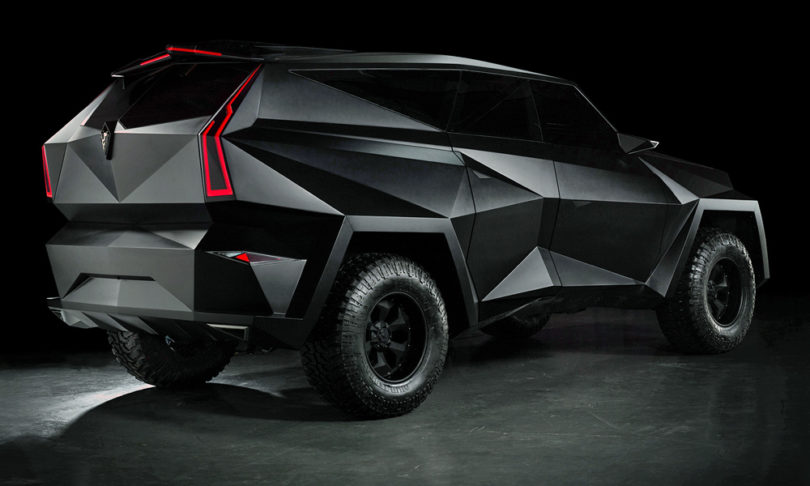 If you ever see one of these Karlmann King SUVs on the road, snap a photograph, because they’ll be rather scarce. Just nine will be hand built, the product of over 30,000 hours of manufacturing in Italy under the watchful eye of Italian design director Luciano D’Ambrosio. 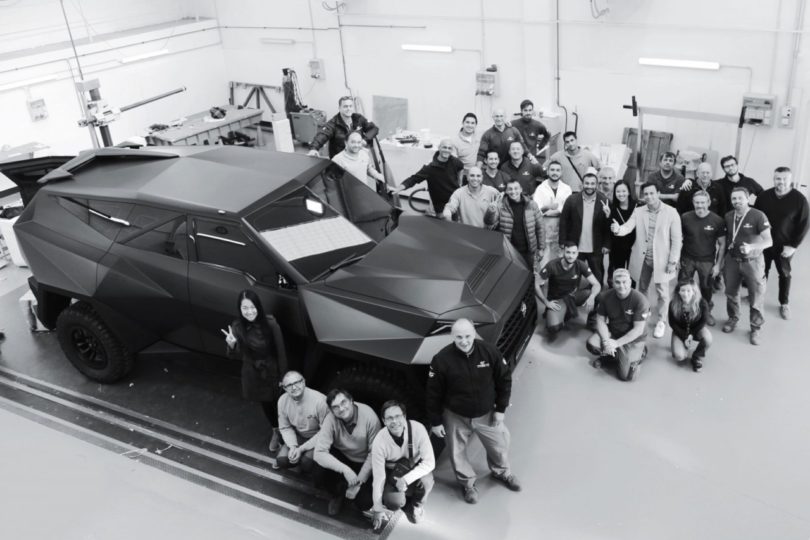 Guy Tries To Make A Beautiful Cake For His Wife, Fails Big Time