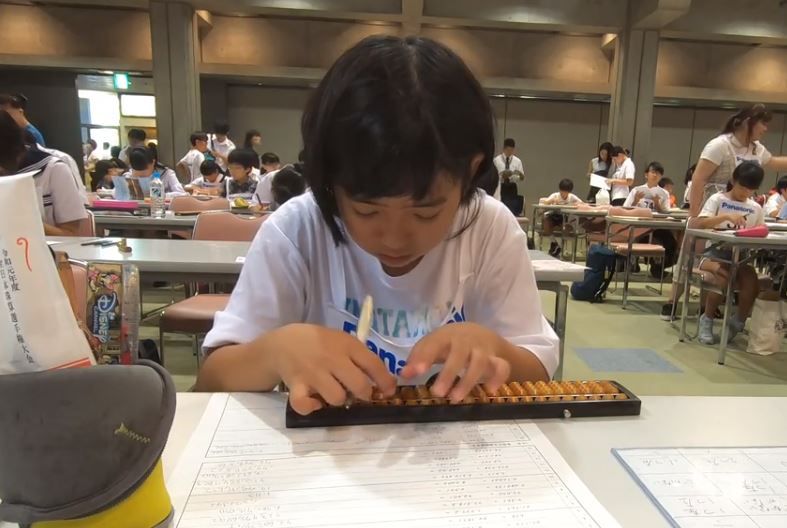 The abacus, called soroban, is still taught in Japanese schools, although not as intensively as it once was. Interestingly, the centuries-old tool is still popular, and national tournaments attract elite and trained competitors.

The caller read out the numbers at a speed evoking an auctioneer on fast-forward, each multidigit figure blurring into the next.

As of now, there are more than 43,000 students taking advanced lessons at private schools. According to its advocates, little kids can easily visualize numbers on the soroban because unlike the computer or calculator, you have to watch the movement of the beads with your eyes, and then think with your brain and make a move with your fingers. This is believed as a very foundational learning process.