At eight o’clock in the morning of 3 March 1945, the air-raid sirens were heard for the first time over Hague. A short while later a wave of bombers appeared over the horizon heading straight towards the city. But instead of bombing the city center, the formation veered to the east and released their bombs over the Bezuidenhout neighborhood. Wave after wave of bombers followed dropping their load on the peaceful city.

“They have lost count. The earth trembles. Buildings and entire blocks collapse like houses of cards collapse. Still others are starting to burn and are soon ablaze,” reported The Telegraph the following day. 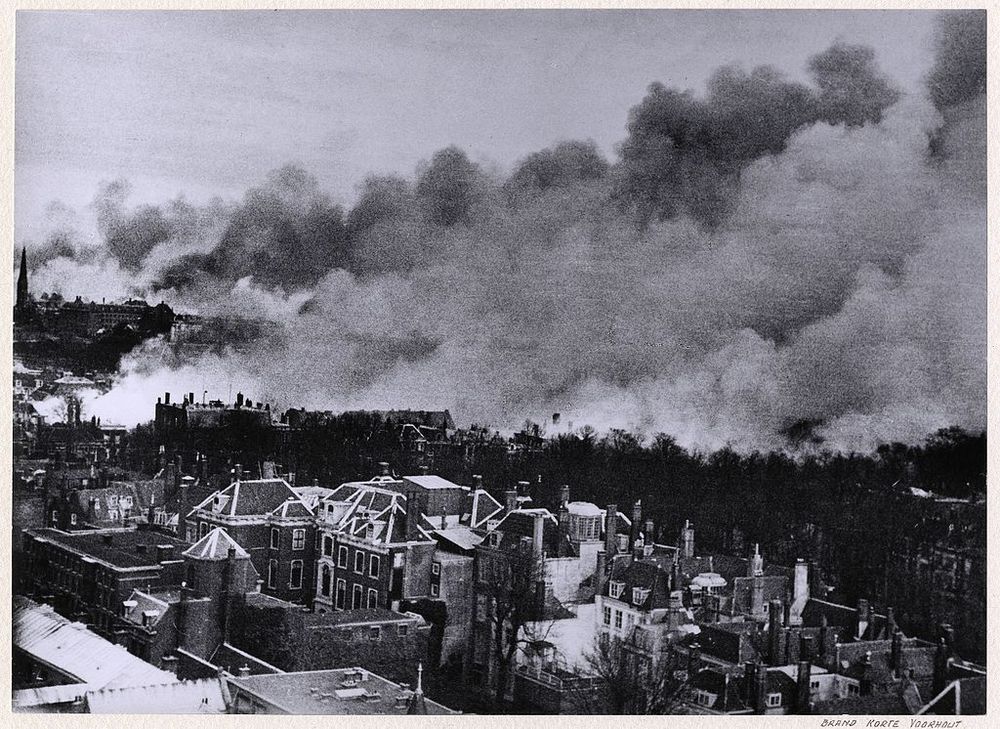 The bombing of the Bezuidenhout area on Saturday, March 3rd, 1945. Seen from the tower of the Church of St. James the Greater in Park Street. Photo: Wikimedia Commons