Running on soft sand sucks. Even amongst professional athletes, the explosive speed and lasting endurance normally on tap evaporates quickly when feet hit sand. But research shows the risk of injury declines while endurance improves training upon the impact-absorbing surface. Thus, the workout has garnered popularity with professional athletes and fitness enthusiasts alike. Designer Aarish Netarwala’s resistance-producing concept shoes for Adidas replicates the same physical challenge with a baroque 3D-printed lattice designed to suck away energy and strengthen muscles with every foot strike – all without the hassle of getting sand in-between the toes. 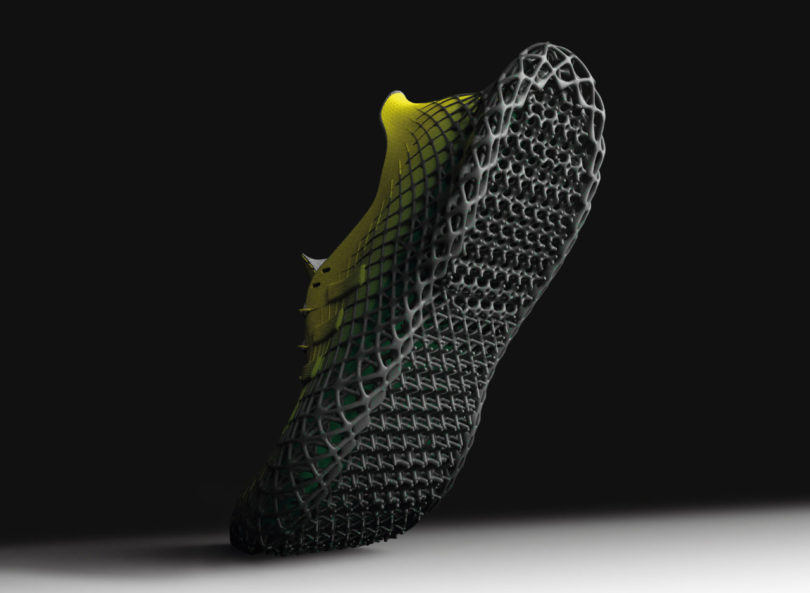 “Fatigue Faster” doesn’t normally have a ring to it, but in explosive strength optimization, it might sell. 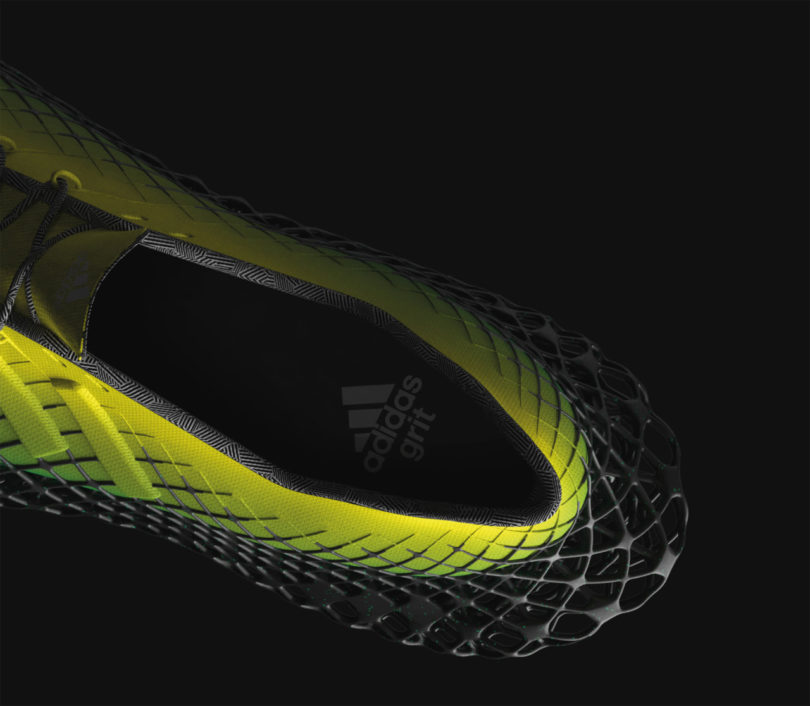 Athletes have long turned to running on sand to strengthen muscles and improve endurance, all without the wear and tear associated with pounding concrete. It’s a habit Netarwala observed amongst athletes training across the challenging sandy incline of Sand Dune Park in Manhattan Beach, California. 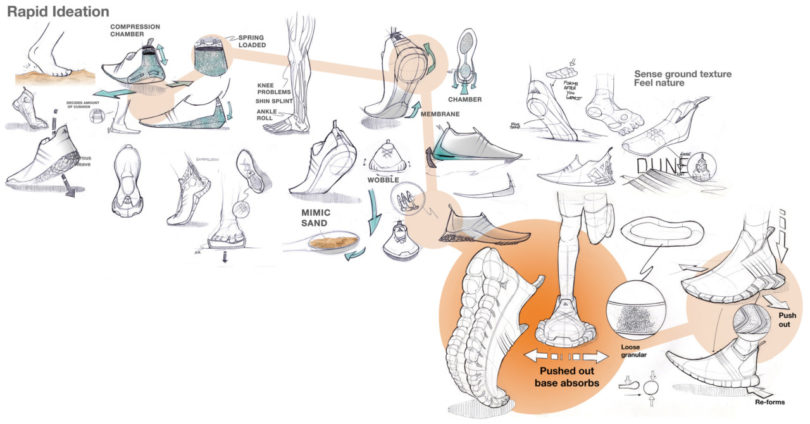 The struggles of runners ascending sparked ideas about how to replicate the energy loss produced when a runner’s feet would sink into sand, in essence a reversal of fortune, sucking away the regenerative energy designs normally associated with athletic footwear for speed and endurance. The Adidas Grit operates as the anti-matter to movement. 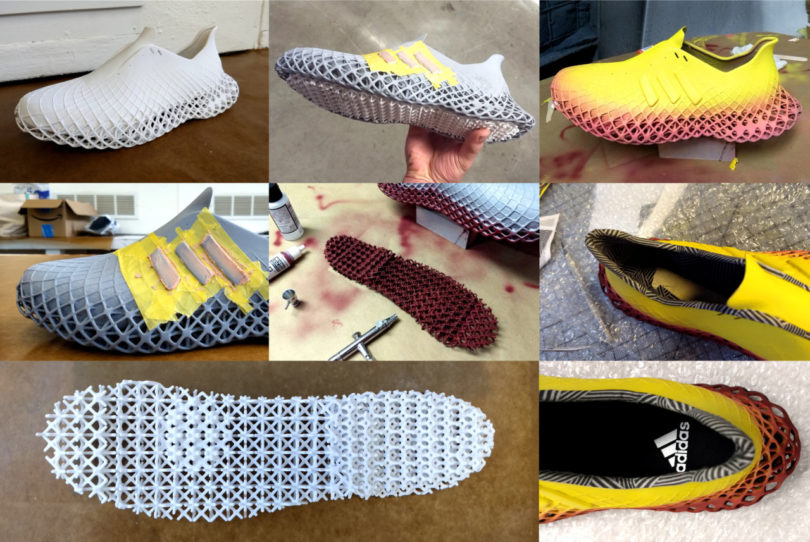 At first glance, the Grit shares the same basic 3D-printed lattice layout Adidas has explored over the last few years with their Futurecraft explorations. But here, Netarwala has expanded the shoes’ intricate elastomeric polyurethane soles even further, engulfing three-quarters of the Adidas’ Primeknit fabric-knit sock upper to create a two-piece dynamic engineered to make running noticeably more taxing on the muscles and easier to recycle once worn down. The concept isn’t completely new, as strength shoes designed for basketball conditioning has long been promoted to improve vertical leap. But unlike the bizarre plyometric-enhancing form factor of those high-heeled shoes in reverse, the Grit should allow for a normal gait between sprints. 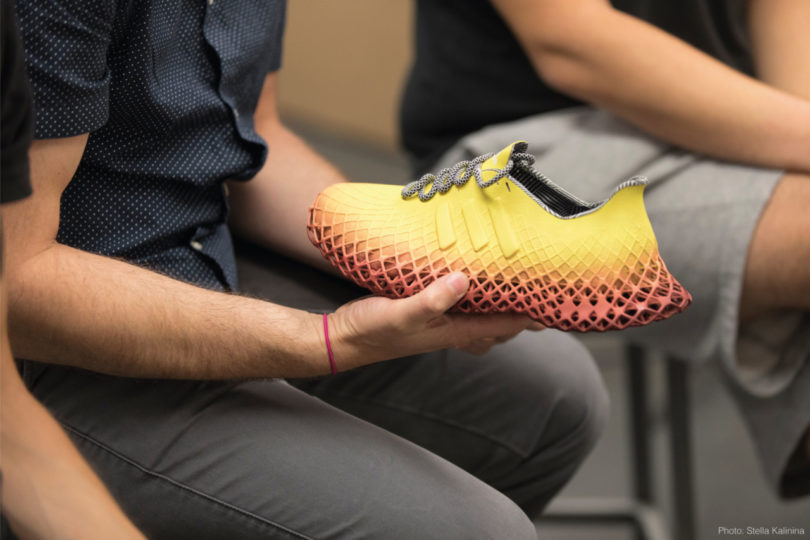 Those familiar with Spider-Man’s nemesis, Carnage, may see some striking resemblance.

Netarwala – now an associate design strategist at fuseproject – designed the Grit sponsored by the Adidas Futures Group while at ArtCenter College of Design. It remains a one-off prototype for now. But considering the perpetual push to eke out milliseconds of speed and yet another rep of strength, it doesn’t seem far-fetched to imagine Adidas or other fitness manufacturers offering something to test our grit without the need for the beach or dunes.