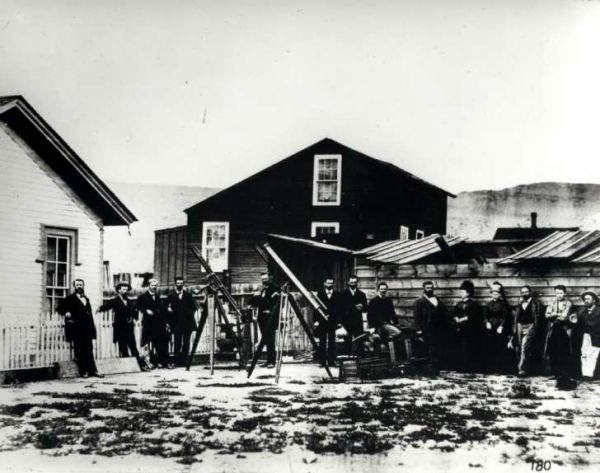 Eclipse madness is building in the U.S. as people make plans to experience the total solar eclipse on August 21. It’s happened before. In 1878, a total solar eclipse crossed the U.S. from the Pacific Northwest to the Gulf of Mexico. People boarded trains and stagecoaches to witness the once-in-a-lifetime event. In his new book, American Eclipse: A Nation’s Epic Race to Catch the Shadow of the Moon and Win the Glory of the World, science writer David Barron chronicles the excitement of that day.

This rare celestial event—a total solar eclipse—offered a priceless opportunity to solve some of the solar system’s most enduring riddles, and enterprising scientists raced to the Rocky Mountains to experience totality. Some, like University of Michigan astronomer James Craig Watson, hunted for a planet (called Vulcan) that was thought to exist between Mercury and the sun; others, like astronomical artist E.L. Trouvelot, sketched the sun’s mysterious corona. Vassar astronomer Maria Mitchell headed west with an all-female team of assistants and a societal goal to achieve—opening the doors of science to women. Even a young Thomas Edison got involved. During the eclipse, he aimed to demonstrate the value of his latest device—an infrared detector called the tasimeter—and to prove himself not just an inventor, but a scientist.

In an excerpt from the book, the stage is set on the morning of the eclipse, which you can read at Mental Floss.

Rating The American Eclipse of 1878 and the Scientists Who Raced West to See It is 5.0 / 5 Votes: 2
Please wait...
Loading...
Related articles