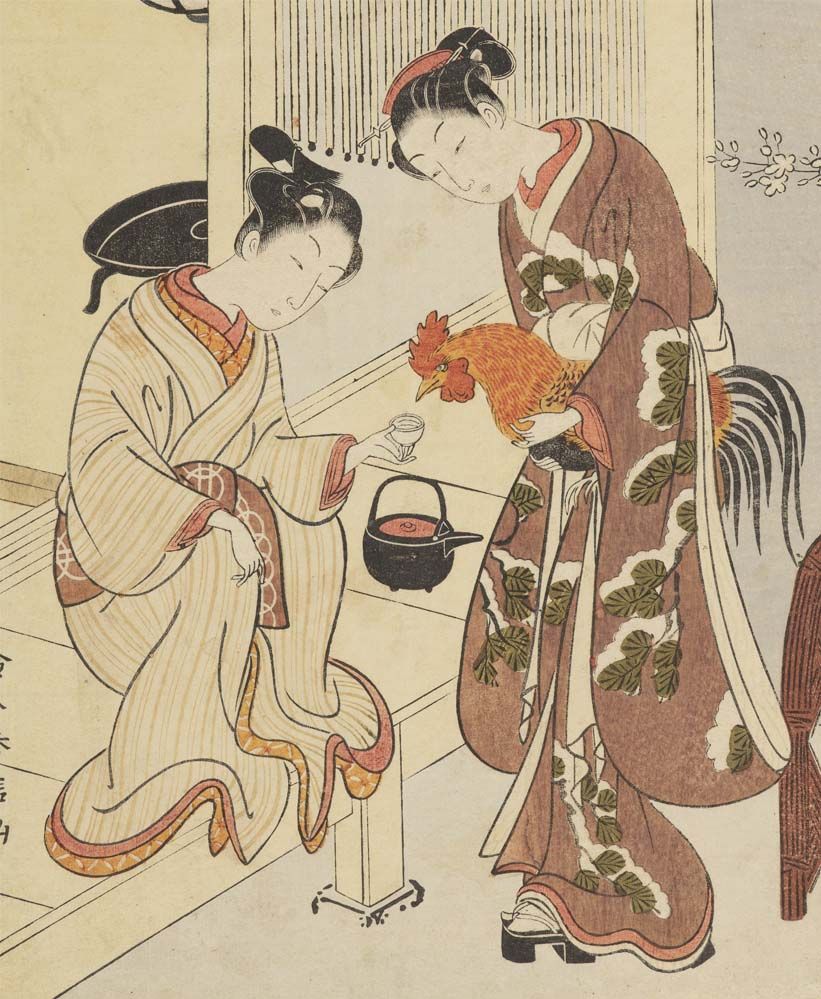 Couples always look forward to Friday nights and weekends, as they get to rest from work, and they can spend their time together late at night without having to worry about waking up early.

Sleeping in has been in Japan’s culture ever since the ancient times. Back then, however, there weren’t alarm clocks which you can just turn off whenever you like. Instead, there were roosters which crow naturally at dawn. And so, if couples want to sleep in and have fun during the night without being disturbed by the rooster’s crow so early in the morning, they attempt to get the chicken drunk with sake. This scene is depicted in Harunobu Suzuki’s print titled Niwatori to Danjo (“a rooster and a couple”).

And judging by the look on it’s face, the rooster may have caught on the the couple’s plan. This print, along with many others, is part of a large Ukiyo-e exhibition in Tokyo that’s going on now through September 22, 2020.