These haunting portraits of long-dead men, women and children come from a vast region known as the Fayuum Basin, located immediately to the west of the Nile south of Cairo. Watered by canals diverting the Nile river, this sprawling oasis is one of the most fertile region in Egypt with rich agricultural land and a large saltwater lake that has been providing the local population with fresh fish since ancient times. It was in Fayuum where farming first developed in Egypt, and during Roman occupation, Fayuum was one of the breadbaskets of the Roman world.

It was also during this period—from first through the third century AD—a unique art form developed and flourished in Roman Egypt—mummy portraits. For three centuries, the people of Fayuum not only embalmed their dead but also painted a startlingly realistic portrait of the deceased, in wooden boards, which they placed over the mummy wrapping like a mask. 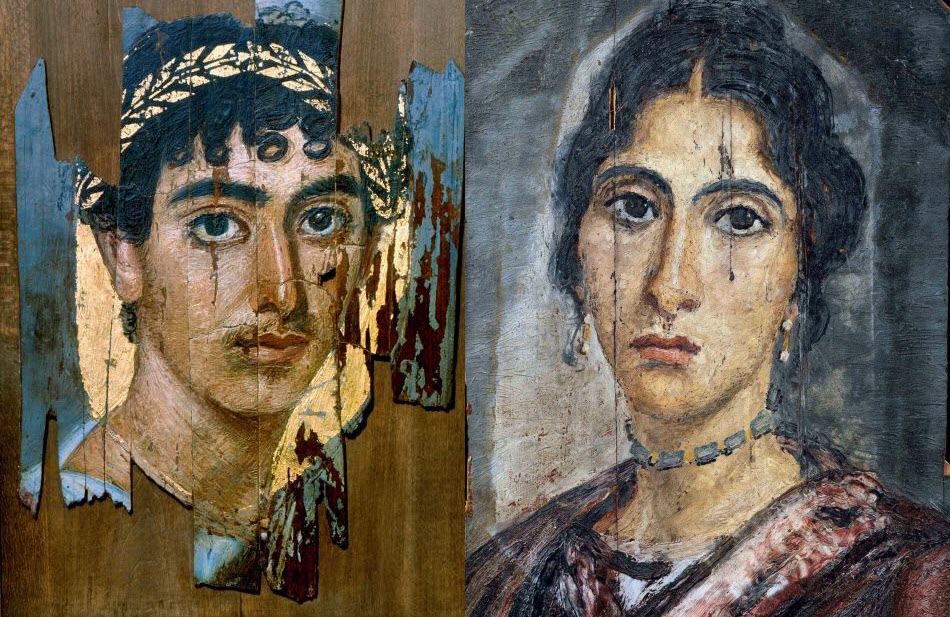